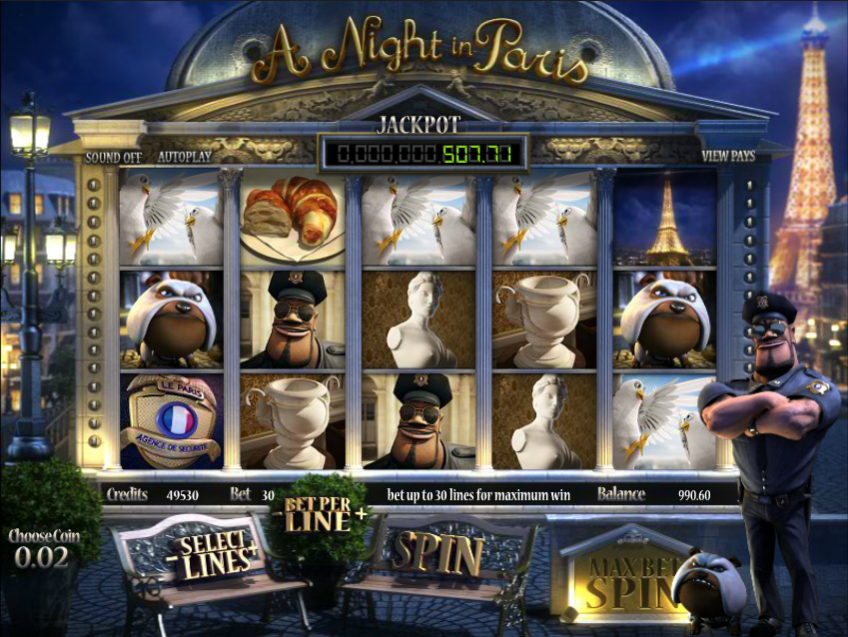 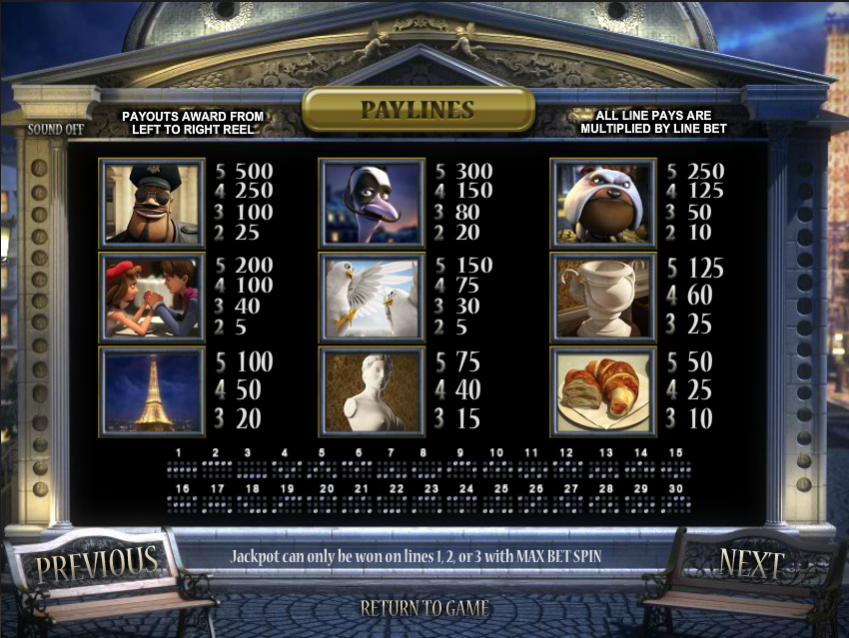 The introductory movie to A Night In Paris initially suggests a romantic visit to the City of Lights but watch for a bit longer and a story emerges involving the attempts of a burglar to break into the Museum of Paris. Can the security guard and his dog thwart his efforts? It’s all explained below, including the various features and the jackpot.

A Night In Paris is a five reel slot with three rows and up to thirty paylines; the reels spin on an ornate marble facade against a backdrop of Paris with a glowing Eiffel Tower in the distance. The security guard and his dog watch on from the right hand side.

There are lots of theme-related symbols and they include the security guard, the burglar, the guard dog, a romantic couple, a pair of pigeons, an urn, the Eiffel Tower, the Venus de Milo and a croissant. Landing five of the security guard symbols on an active payline will award the jackpot prize shown above the reels.

There’s no wild but the bonus symbols include the guard’s badge and the painting – both of which activate extra features.

Landing either of the combinations shown below on paylines one, two or three will award an instant credit prize multiplied by your total bet.

This is triggered by landing three or more of the guard’s badge scatter symbols anywhere in view; you will now receive the determined number of free spins to enjoy and hopefully make some big wins in the process.

Caught In the Museum

Trigger this by landing three or more of the painting symbols anywhere in view; you will now be taken to a screen where all you have to do is pick from the valuable artefacts on display for an instant prize proportional to your stake.

We found it a bit tricky to trigger the features while playing A Night In Paris but perhaps that’s just our bad luck – it’s certainly a high quality game with lots of intricate detail and amusing sound effects so give it a go.