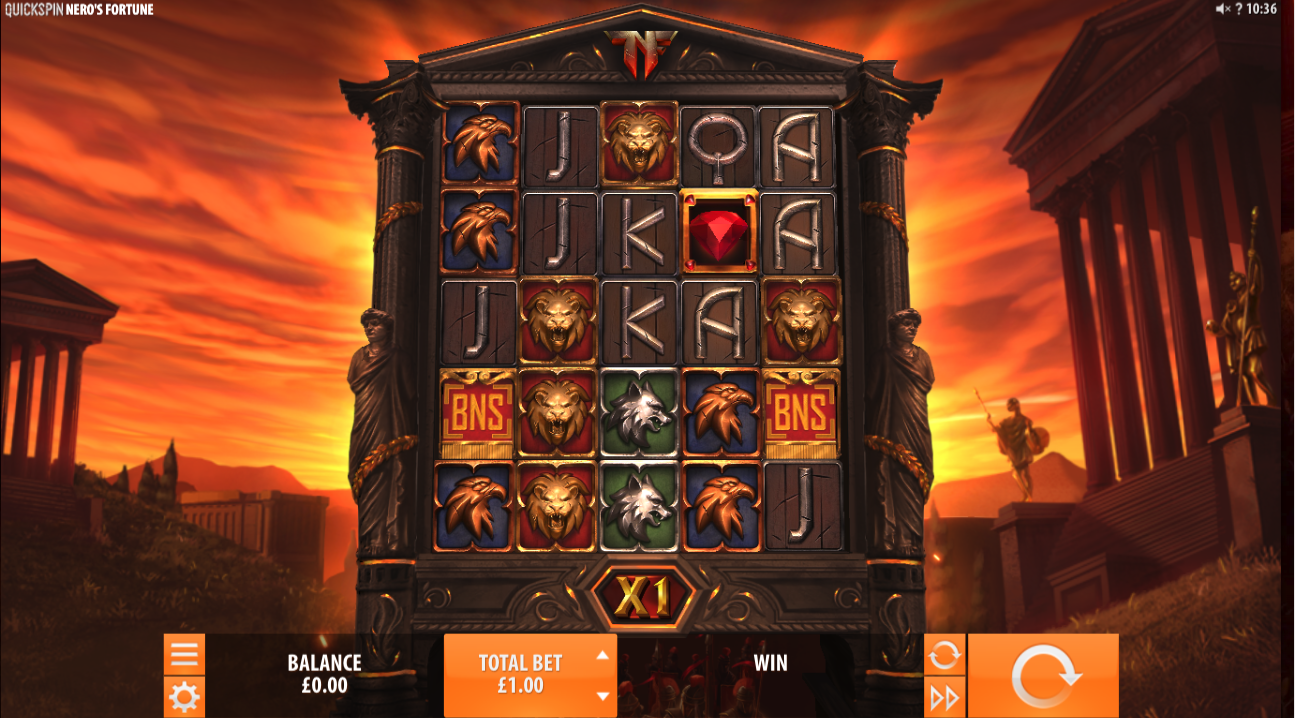 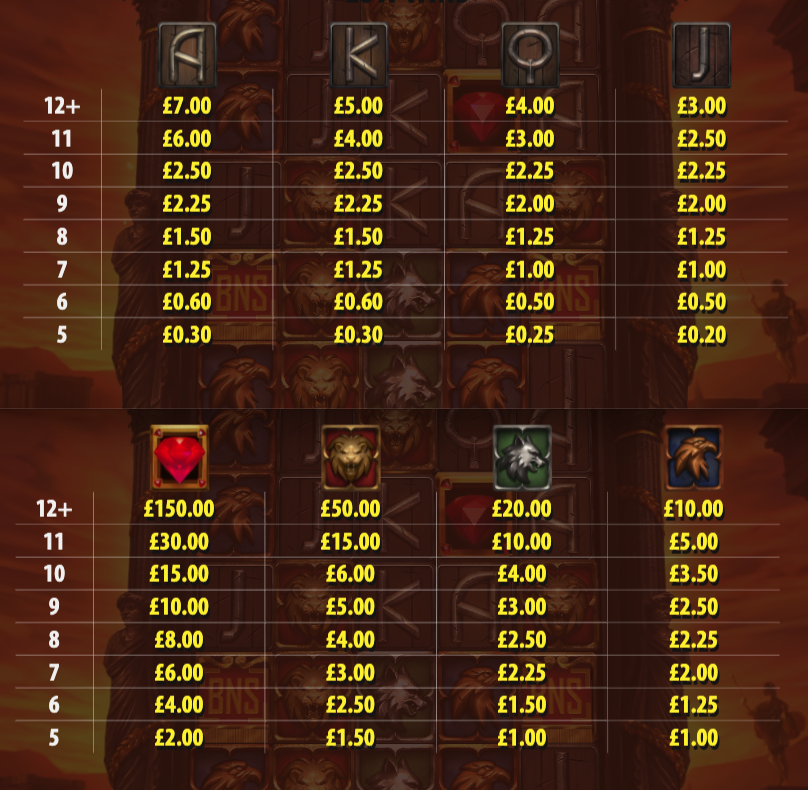 Matricide and ostentatious spending sprees characterised the rule of Emperor Nero during the later years of the Roman Empire and of course that makes him an ideal theme for an ideal slot machine; this one’s called Nero’s Fortune, it’s developed by Quickspin and it features cluster pays, tumbling reels and free spins.

Nero’s Fortune plays out on the 5×5 grid shown above which spins on the entrance to a temple; huge buildings and a blazing sunset form the dramatic backdrop to this classical scene.

The high value symbols include the red diamond and masks of lions, wolves and eagles; J, Q, K and A make up the lower values. The golden ‘W’ is wild and it will replace all standard symbols to help make winning matches; the Roman standard is the scatter symbol.

Wins are created by forming clusters of at least five symbols on the reels – those symbols are then removed and replaced by more falling in from above, a process which can create more wins and continue the sequence.

Clusters may create multiplier values in those positions and if these are revealed in a later tumble then that multiplier will be applied to the total win.

Landing three, four or five of the scatter symbols anywhere in view will award 10, 12 or 14 free spins respectively; the Burning Arrows feature is active again during this feature but the multipliers will be beneath randomly-selected symbol positions on every spin, making it easier to grab a load of multiplier values which will be applied to your final win total.

There’s a brooding atmosphere about Nero’s Fortune which reflects some of the darker moments of his time in charge of the Roman Empire; style aside, the cluster wins and tumbling reels make this an action-packed slot and the free spins just add to the Roman fun.