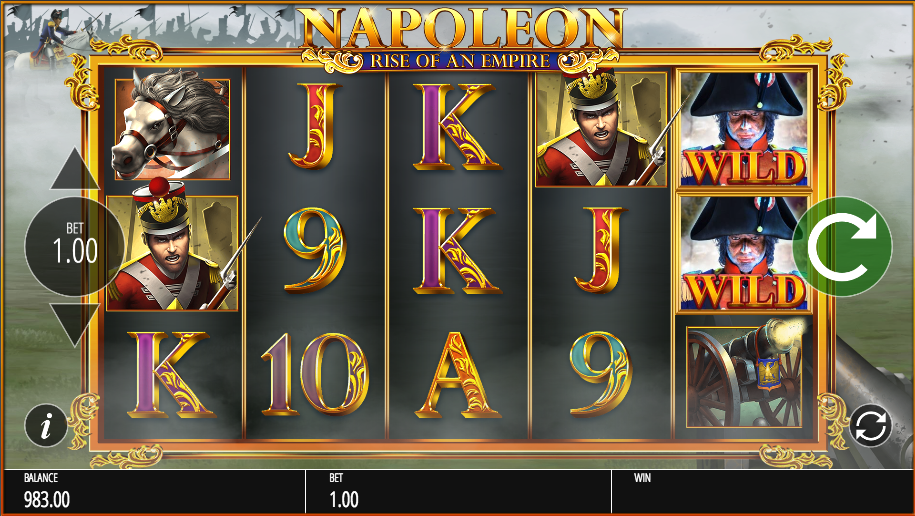 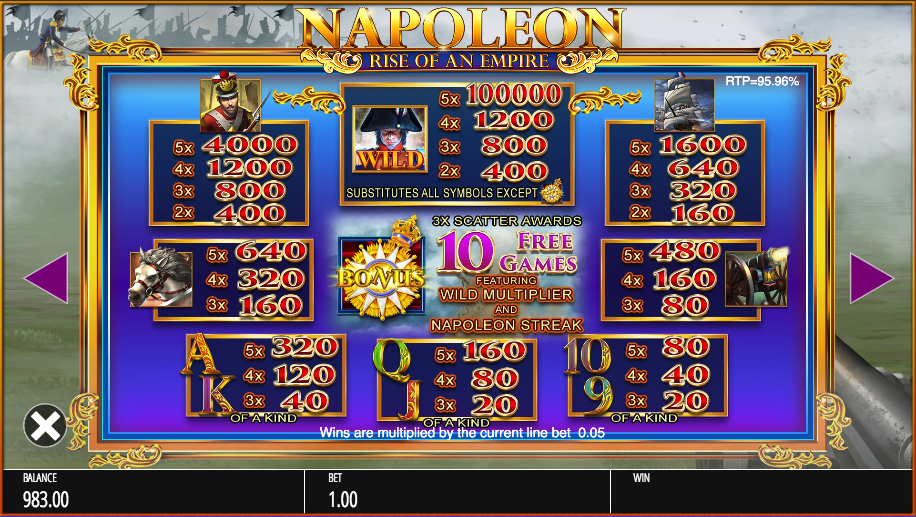 There are a number of historical figures who would surely expect to be the theme of their very own online slot machine and one of those famous characters is Napoleon Bonaparte, the French general who conquered huge areas of Europe in the 19th century. Napoleon: Rise of an Empire is a tribute to the great man, it’s developed by Blueprint Gaming and it comes with some warlike Francophile free spins.

Napoleon: Rise of an Empire is a five reel slot with three rows and twenty fixed paylines; those reels are contained within ornate golden rims while in the background the man himself leads his soldiers on a never-ending charge into the smoke and chaos of a battlefield.

The high value symbols include a soldier, a galleon, a horse (probably Marengo) and a cannon; 9, 10, J, Q, K and A make up the lower values.

Napoleon is understandably wild and he will substitute for all others to help form winning combos except for the gold bonus symbols. Wins which include one, two, three or four wilds will also attract a multiplier of 2x, 4x, 8x or 16x respectively.

This can occur during any spin and Napoleon will award one of the following mini-features:

The spins feature the Napoleon Streak in which any winning symbols will be held in place and an extra spin awarded; if any more matching symbols land the process continues until there are no more and the payout is evaluated.

Napoleon: Rise of an Empire is a fitting tribute to one of the greatest military commanders in history and it comes with a few extra touches which helps it stand out from the crowd; we particularly like the dramatic music, sound effects and the Napoleon Streak in the free spins. This game comes with an RTP of 95.96%.