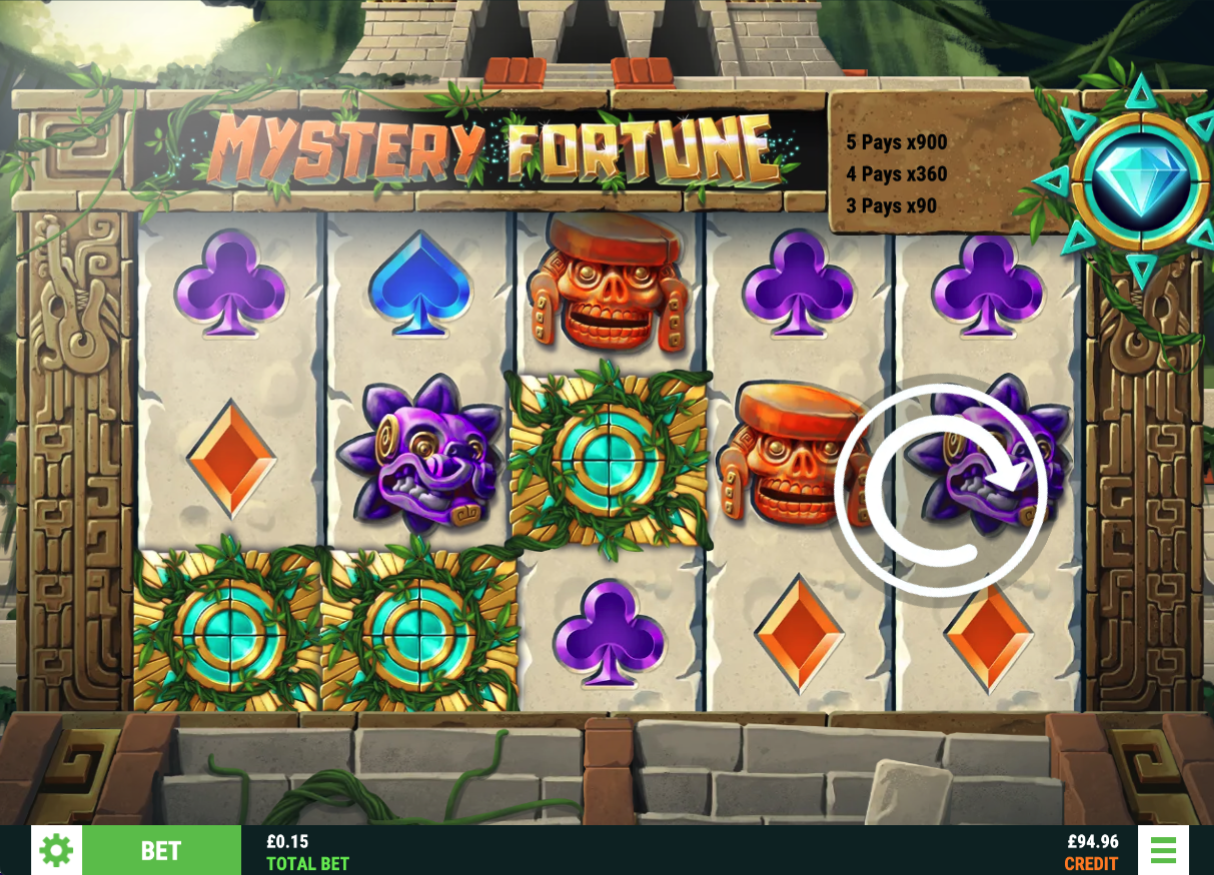 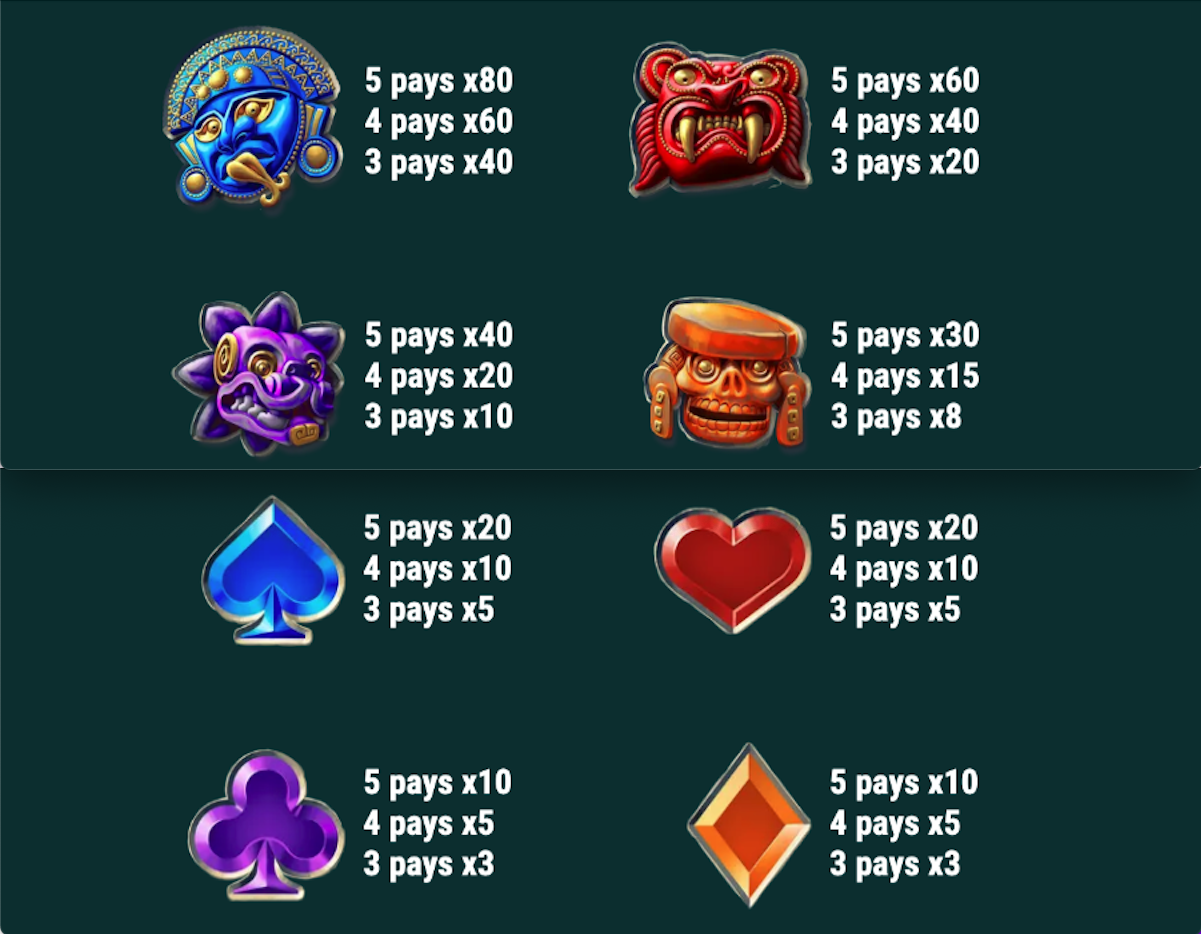 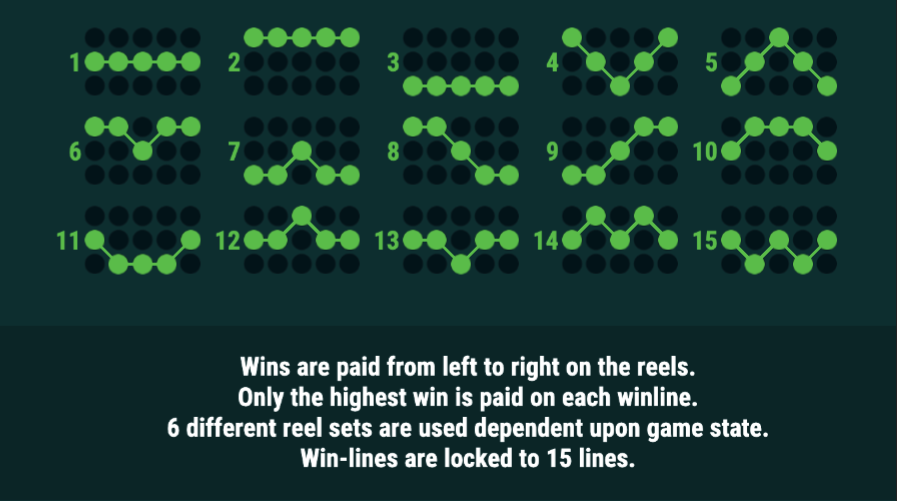 Deep in the South American jungle temples lie ruined temples as a reminder that civilisations can collapse in very short spaces of time; for our purposes however they can provide inspiration for online slot machines such and Mystery Fortune from Intouch Games/Slot Factory. From just £0.15 per spin there are are free spins and the Mystery Wins to aim for.

Mystery Fortune spins its five reels and fifteen paylines on the side of a temple which is slowly being reclaimed by the jungle – look out for the Gem Wheel in the top right hand corner for multiplier wins.

Four stylised animal masks in blue, red, purple and orange represent the higher values while playing card symbols in similar colours make up the lower ones. The green and gold ‘Wild’ is wild while the ‘Free Spins’ and the Mystery Boxes are the special symbols.

Landing three of the Free Spins scatter symbols on the reels will award five free spins initially but each scatter appearing during this round will add an extra spin. Scatters will also add to the win multiplier meter which top out at a 5x maximum.

The Gem Wheel at the top rotates with every spin of the reels and it will reveal one of the gems shown below:

The prize associated with that gem is won by landing at least three of Mystery Box symbols on the reels in one spin.