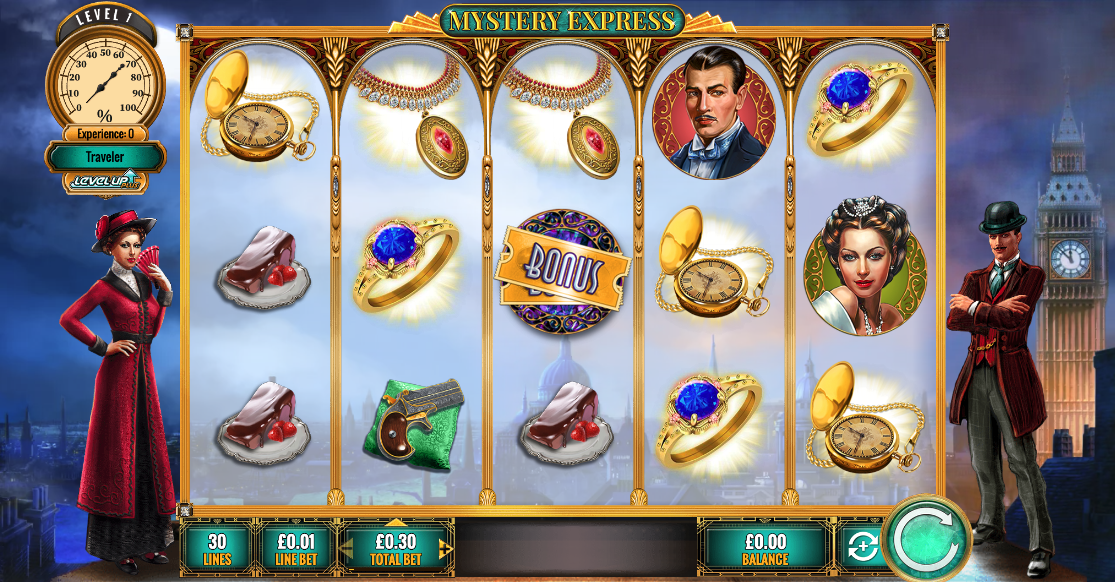 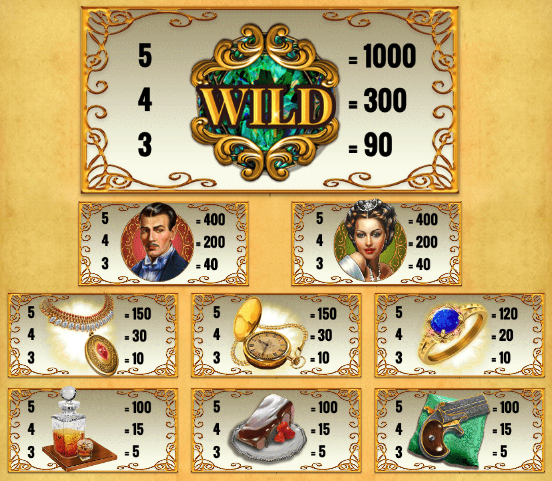 The scene is a foggy Victorian London and the story is that of the death of a elderly traveller – Mystery Express from IGT follows the adventures of Isabella and Christopher as they board a train to Europe to track down the riches left behind by the old adventurer.

Mystery Express is a five reel slot with three rows and thirty fixed paylines; the murky city of London underneath a dark and cloudy sky forms the backdrop to those reels, overlooked by the protagonists of this tale on either side.

Those two are the higher value symbols and they are complemented by a necklace, a pocket watch, a gold ring, some expensive booze, a tasty dessert and an ornate pistol. The wild is a big, gold ‘Wild’ and it will replace all symbols except the bonus tickets to help create winning combinations.

This can occur randomly in the base game and up to five reels will turn completely wild.

Landing three of the ticket bonus symbols on reels one, three and five will trigger this feature and it’s your chance to roll the dice and move along the European trail to and on various cities and win the following prizes:

In between the cities the spaces can award, extra dice rolls (up to a maximum of 50), bet multipliers and the prize diamond (once you’ve become an Explorer).

Mystery Express has a Level Up feature which will reward players who come back to this game more than once; your task is to gain XP throughout the gameplay which will upgrade the characters from Traveller to Voyager, Adventurer, Explorer and finally Globetrotter. XP is earned in the following ways: 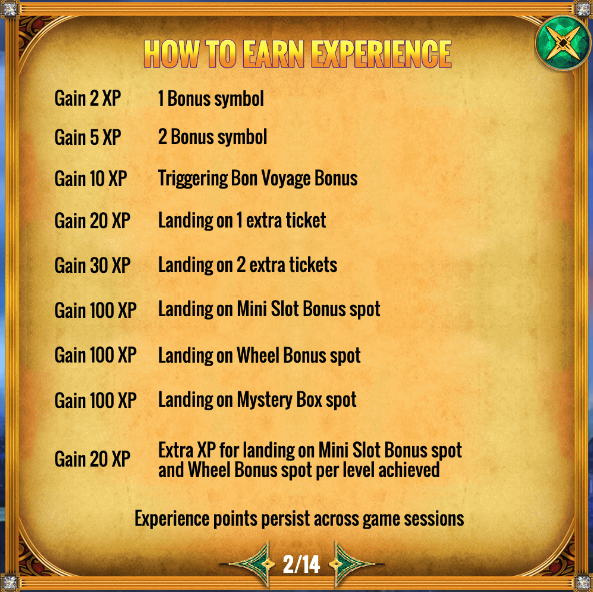 …and the advantages from Levelling Up are shown below. 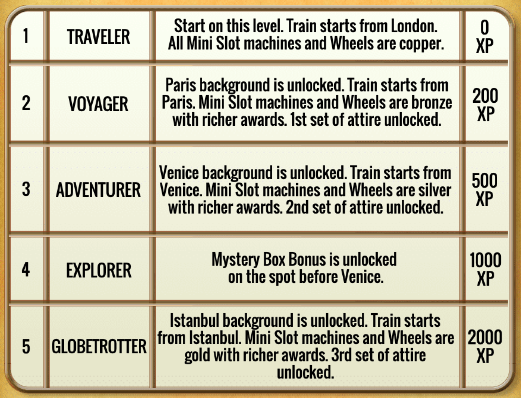 Mystery Express may seem a little complex to begin with but it’s not really and there’s loads to like about it once you start playing from the Agatha Christie-inspired narrative to the extensive Bon Voyage Bonus and the Levelling Up capability. The replay value makes it worth returning to more than once for sure.