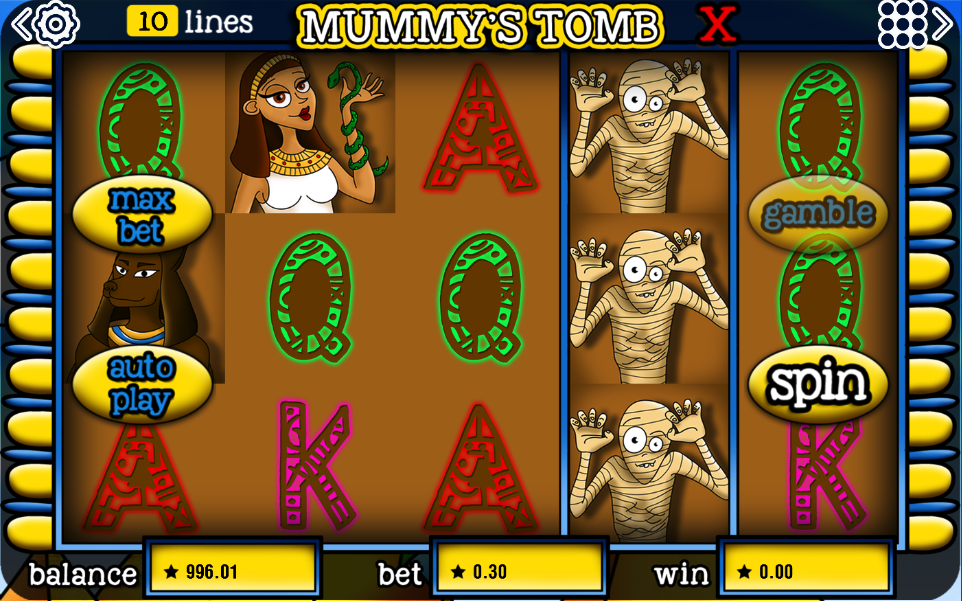 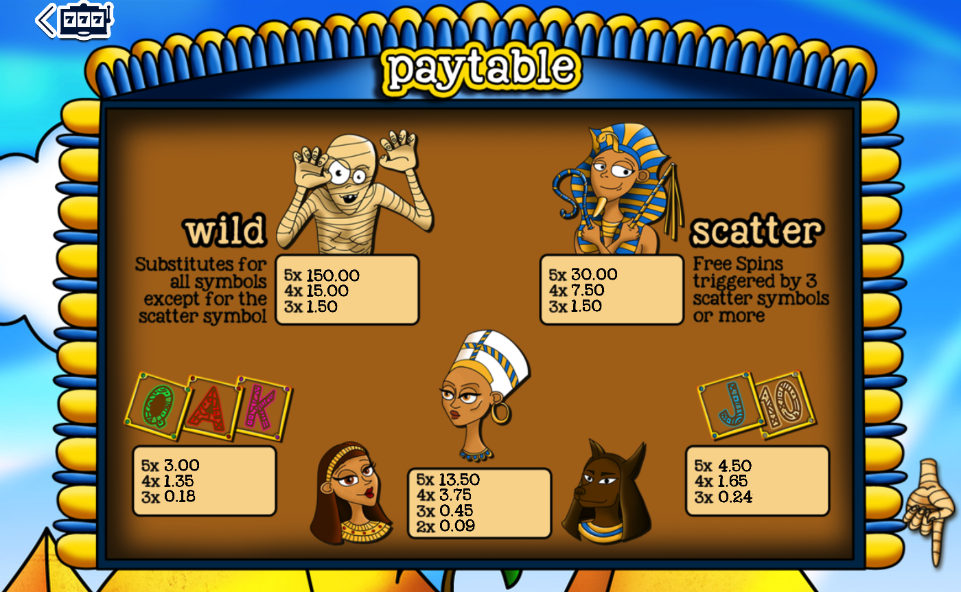 There’s no shortage of online slots based on life in Ancient Egypt but one more is always welcome; Mummy’s Tomb is a release from Booming Games which takes a slightly lighter look at the mythical characters and gods inside a tomb – it comes with a free spins round, an opportunity to gamble your winnings and you can read all about it below.

Mummy’s Tomb is a five reel slot with three rows and up to ten paylines; there’s a cartoonish design to the game with some nice big symbols and just below the reels you can make out the bases of a couple of pyramids.

There are just three high value symbols and these include two human characters (possibly one is Cleopatra) and the god Anubis; lower values are the standard 10, J, Q, K and A. 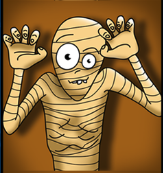 The Mummy is of course the wild symbol and it will substitute for all others to make a winning combination except the scatter – that’s represented by Osiris, commonly known as the god of the afterlife.

Reel four is always completely wild except for one scatter symbol. 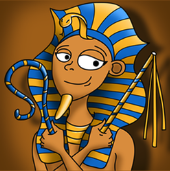 This is triggered by landing three or more of the Osiris scatter symbols anywhere in view for which you will be awarded ten free spins. Click the ‘Spin’ button to start the spins and hopefully you’ll land three more scatters which will award more free spins.

You can try and double up your win using the gamble feature which involves correctly picking either the Mummy’s head or backside in the mini-game. Ten wins in a row is the limit here.

Mummy’s Tomb is a cheerful enough game with some colourful graphics and smooth gameplay which adds something a little different to the existing ranks of Egyptian-themed games.