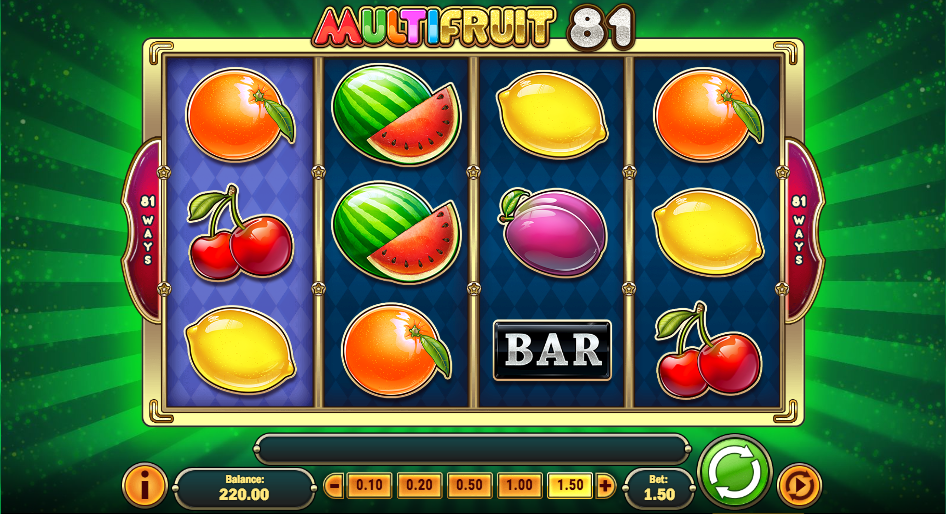 Some online slot machines give away their gameplay mechanics in the title and some don’t – Multifruit 81 is certainly in the former category as it’s fruit-themed and has eighty one paylines; it’s also an interesting game which is developed by Play N Go and you find out all about it below.

Multifruit 81 is a four reel slot with three rows and eighty one fixed paylines; it’s a recognisable Play N Go design with colourful symbols spinning within a bright golden frame which sits on green rays emerging from some distant point.

The symbols are mostly fruit and largely traditional and they include red sevens, watermelons, blueberries, plums, oranges, lemons, cherries and single bars.

The joker symbol is wild and it will substitute for al others to form winning combinations; it’s also integral to the bonus feature which is described in more detail below. 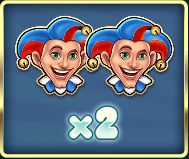 Multifruit 81 revolves around the appearance of jokers on the reels and ideally you are looking for two or more in a winning combo which will award the following: 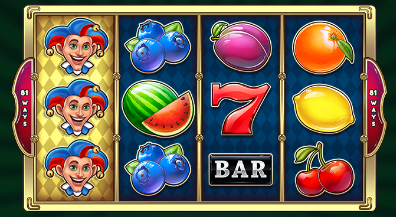 This is another feature involving the joker and on every spin you will notice that one of the reels is highlighted with a blue background; if a joker lands on that reel on that spin it will expand to fill all positions, hopefully helping you out with a decent win.

It may only have four reels but Multifruit 81 is good fun, colourful and fast-moving with a couple of bonus features that elevate it above simpler slots; check it out – it comes with an RTP of 96.55%.