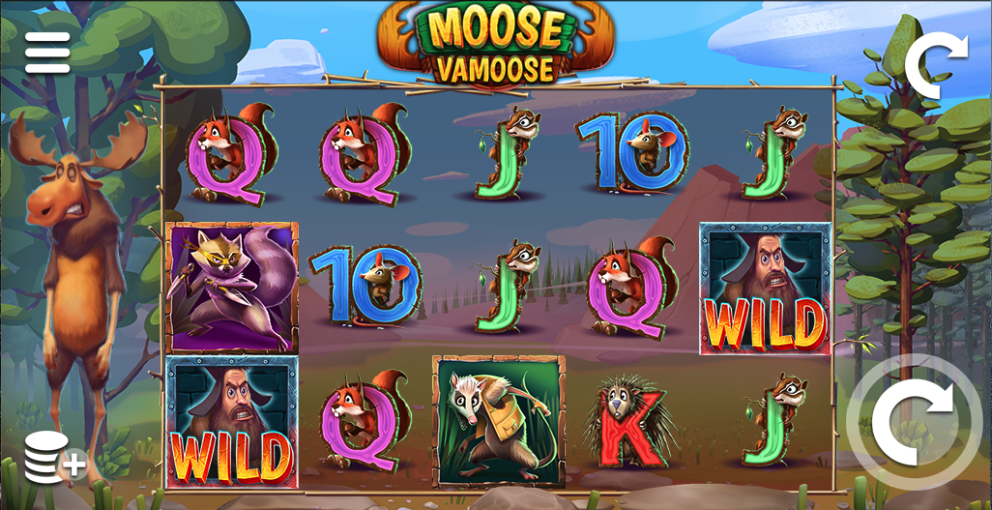 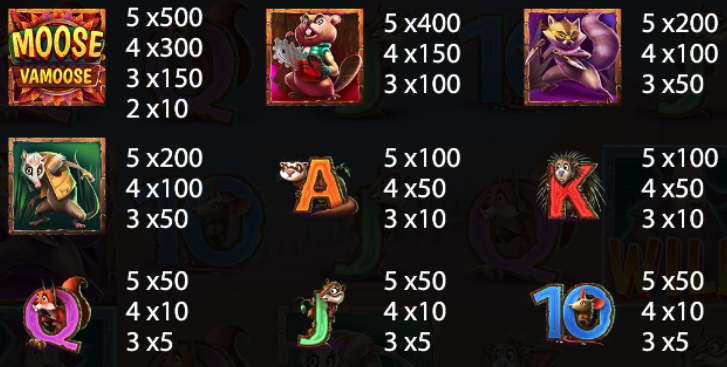 Let’s take a trip to the land of the moose and the hunter now as we spin the reels on this nature-themed online slot from Leander Games; it’s called Moose Vamoose and it follows the attempts of a some unsuspecting wild animals to avoid the attentions of a gun-toting character while awarding free spins and other features along the way.

Moose Vamoose is a five reel slot with three rows and twenty fixed paylines; delicate branches support those reels through which we can see the hills and trees of the North American landscape under a blue sky dotted with fluffy white clouds.

High value symbols include the chipmunk, the racoon and the polecat; 10, J, Q, K and a make up the lower values; the angry hunter (Bill) is wild and he’ll replace all symbols except for the Moose Vamoose scatter.

Trigger this by landing at least three of the wild symbols anywhere in view and you’ll now receive an unlimited number of free spins in which any wild symbols appearing will move one reel to the left until the fall off the left hand side. When there are no wilds left in view the round is over.

This occurs whenever reel one is full of the same symbol – they’ll lock in place and then duplicate themselves on at least one of the other reels to hopefully help out with a win.

This can happen at any time and when a spin is underway there’ll be a little cartoon in which the moose and the hunter add a random number of matching symbols to the reels.

Some amusing animations complement the higher-than-average number of bonus features in Moose Vamoose and we’d certainly recommend this slot if games themed on nature and humour are your thing.