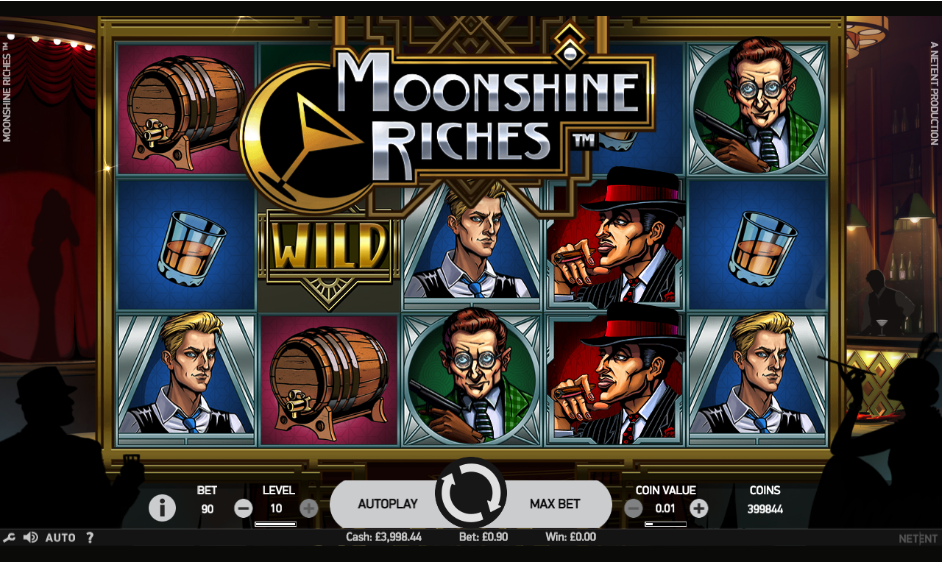 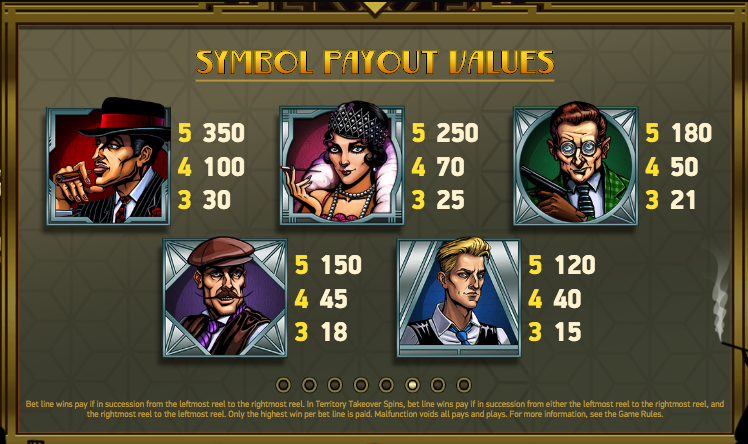 Prohibition ushered in an age of boredom and perhaps some early morning clarity in 1920s America but it was a level of tedium soon alleviated by the smuggling and consumption of illicit booze; Moonshine Riches is an online from Net Entertainment which celebrates those who made fortunes from this illegal trade while avoiding the fact that they were probably ruthless gangsters as well.

Moonshine Riches is a five reel slot with three rows and nine fixed paylines; a chirpy jazz soundtrack accompanies your gameplay and all the action takes place inside a classy-looking speakeasy.

All the symbols are related to the theme and the five higher value ones are all characters from this story, most likely gangsters and a single moll; there’s also a keg, a bottle of booze and a glass of whisky.

There’s an art deco wild symbol which appears only on reels two, three and four and it will substitute for all others to help form winning combinations except for the Moonshine bonus symbols.

This is triggered by landing two of the Moonshine bonus symbols on different rows; on one of those rows all the symbols will be transformed into matching standard ones to provide you with a five of a kind win.

Trigger this by landing two Moonshine bonus symbols on the same row and you’ll now receive five free spins; paylines pay in both directions during this round and each wild which lands will award one more spin and lock in place until the spins end. Additionally the multiplier for any wins increases by 1x with each spin.

If for some reason you don’t win anything during this round you’ll be awarded a picking round called the Bootleggers Bounty with a prize of between 10x and 75x the total stake.

Moonshine Riches creates an atmosphere which brings the fun side of prohibition to life with it’s jazzy soundtrack and art deco design; the two bonus features work well and there’s even a fallback feature if the Territory Takeover results in no win. This slot has an RTP of 96.66%.