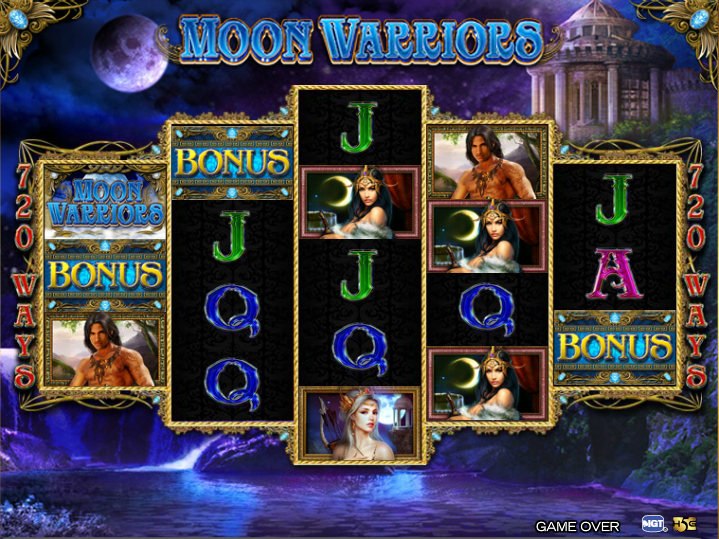 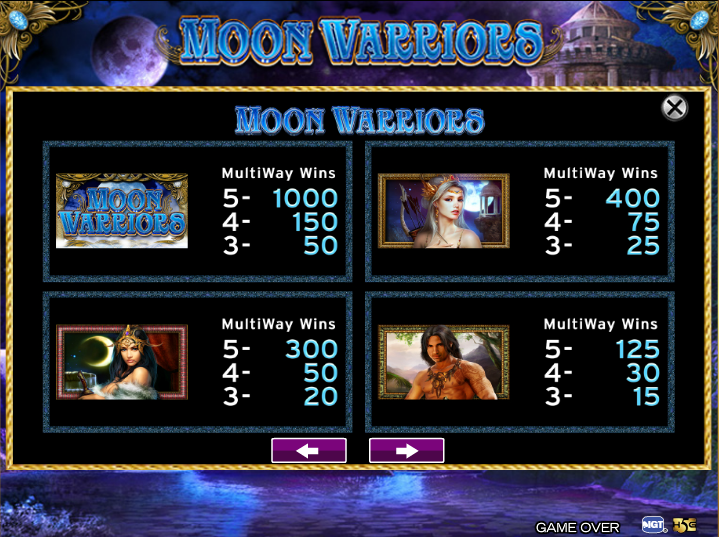 Sometimes the theme of a particular online slot is a bit tricky to understand – we know there was a 1992 martial arts film called Moon Warriors but clearly that has no relation to this game from IGT with the same title. This is more of a fantasy outing with perhaps some Ancient Greek influences thrown in but it’s still good fun and you read all about it below.

Moon Warriors is a five reel slot with variable rows (as you can see from the screenshot above) and 720 ways to win; there’s no standard payline structure and winning combos are formed as long as you have symbols adjacent to each other starting from the left hand side or right hand side.

There are four high value symbols including the Moon Warriors logo, two ladies and a chap who is probably one of the warriors of the title; J, Q, K and A are the lower values. Symbols may also be stacked.

The wild is represented by a big, light blue ‘Wild’, it appears only on reels two, three and four and it will substitute for everything except the scatter – that’s an ornate ‘Scatter’ icon –  and the Bonus symbol which is the key to the main feature.

Moon Warriors offers something a little different to the normal IGT/High 5 Gaming slot from this era with it’s payline structure. The graphics are of a decent quality and overall this is a game worth checking out. It has an RTP of 94.90%.