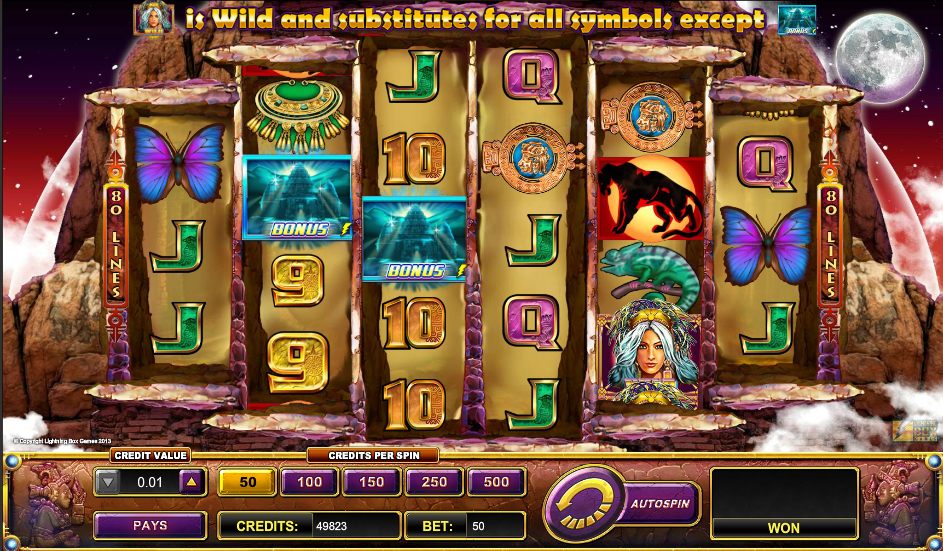 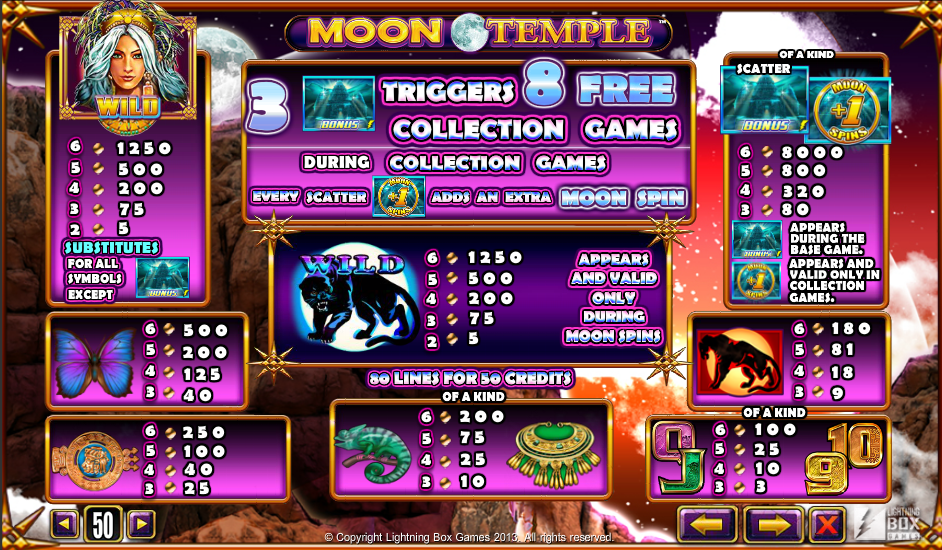 If you’re down on your luck and the slots haven’t been kind to you recently then perhaps it’s time to pay your respects at the Moon Temple; that’s the name of this ethereal online slot from Amaya Gaming/Lightning Box. This is not your average game – it has six reels and an unusual design so keep reading for the full lunar story.

Moon Temple is a six reel slot with three to five rows and eighty fixed paylines, as you can see from the screenshot above;  it all takes place against the backdrop of a mountainous landscape underneath a clear full moon – it’s all very pagan.

The high value symbols are related to the theme and include various creatures such as lizards and butterflies along with golden jewellery, presumably worn by the priestess. 9, 10, J, and Q represent the lower values.

There are two wilds – the priestess and the black panther (who only appears during the feature); the gleaming blue temple is the scatter which activates the bonus game. All symbols can appear stacked on the reels.

This bonus is triggered by landing three or more of the blue temple scatter symbols anywhere in view; this free spins round is split into two stages as follows:

There are no scatter symbols during these stages meaning that it’s not possible to re-trigger the free spins.

Having an extra reel always adds a little something to proceedings and that’s the case here; Moon Temple is an atmospheric slot and that’s only enhanced by the background sounds. It’s distinctly low variance but there’s some big wins to be had in the bonus feature.