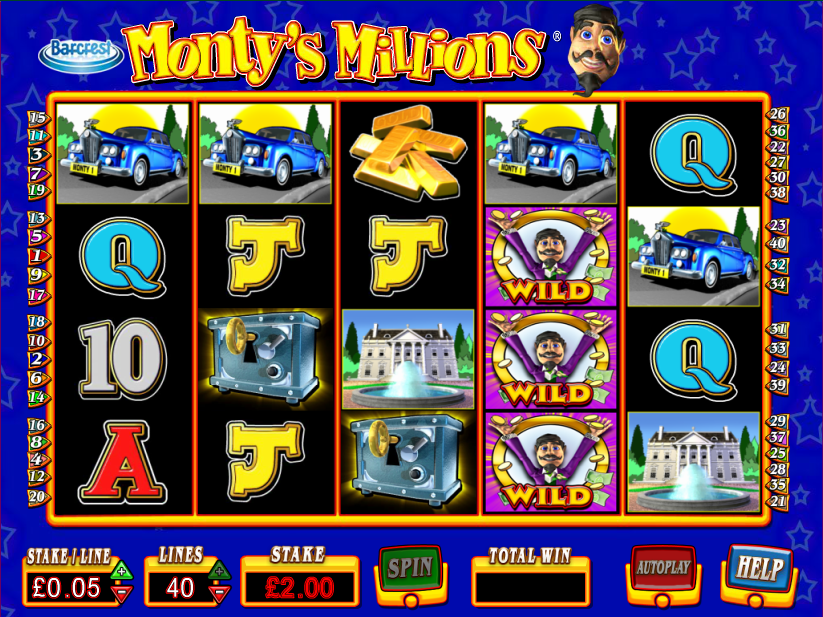 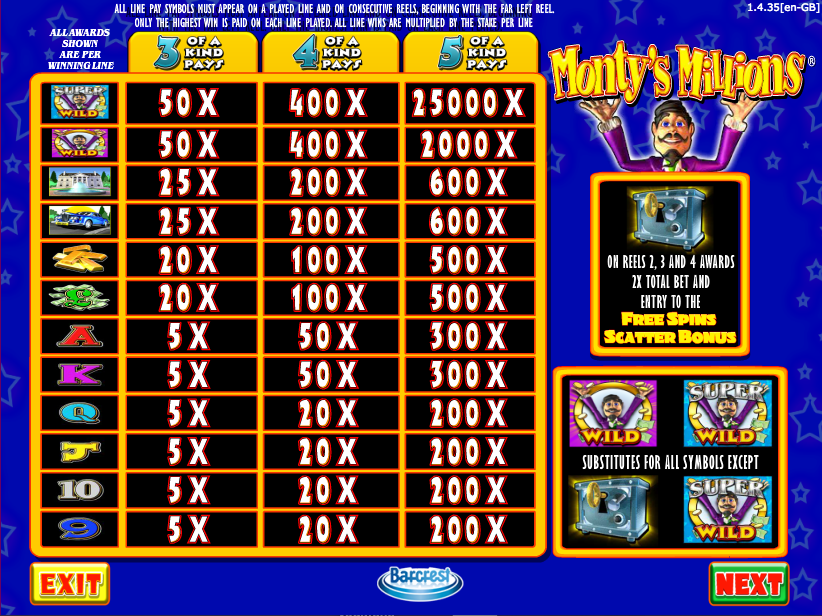 We like to play an aspirational online slot every now and again and by that we mean a game which shows us the sort of life we could be leading if only we could hit that jackpot just once. Monty’s Millions is one such example; it’s developed by Barcrest and it’s full of the trappings of a lavish lifestyle – fast cars, big houses and piles of gold bars.

Monty’s Millions is a five reel slot with three rows and up to forty paylines; Monty is the hero of this story and he lives in a huge mansion fronted by a fountain – he also sports a tidy moustache/beard combo to add to the eccentricity.

There are four high value symbols including the mansion, a posh blue car, a pile of gold bars and a ‘£’ sign on a pile of bank notes; 9, 10, J, Q, K and A represent the lower values.

Monty himself is the wild symbol and he appears stacked on the reels to give players added opportunities for winning combos; the big silver safe is the scatter which activates the main feature and appears only on reels two, three and four.

This is triggered by landing three of the safe scatter symbols on the middle three reels and you will initially be awarded five free spins plus 2x your total bet.

The reel set is slightly different during this round and contains more scatter symbols and more stacked wilds (called Super Wilds) for your pleasure. This means wins land more often and it also means it’s a bit easier to re-trigger five more spins by landing three more scatters.

A maximum of 255 free spins can be won during this round.

Monty’s Millions is actually quite a basic slot but it’s good fun and it has an amusing musical soundtrack to accompany your gameplay; if the stacked wilds are friendly you can land some big wins even during the base game and there’s an RTP of 95.02%.