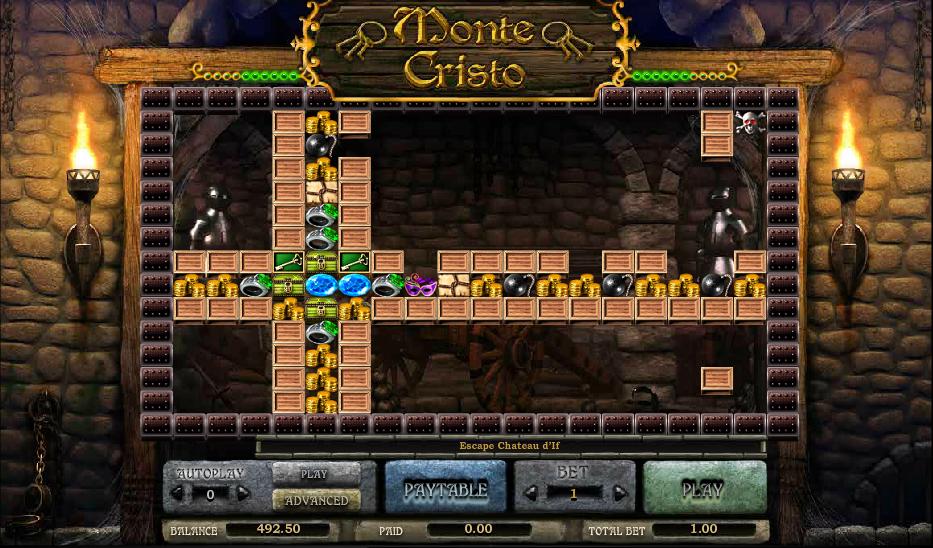 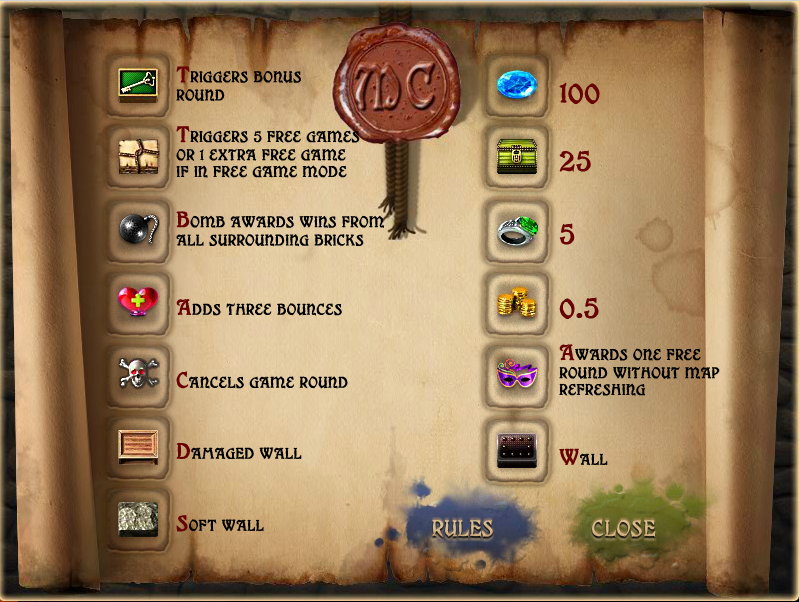 Well here’s something a little different if you after a break from the spinning reels – it’s called Monte Cristo, it’s developed by Nextgen Gaming and it mixes up a couple of genres in an attempt to offer some compelling gameplay. Think of it as a cross between a block-breaking game such as Breakout and a 1980s arcade classic.

Monte Cristo in real life is an island in the Tyrrhenian Sea and we imagine that the the game is based on the fictional attempts of the Count of Monte Cristo to escape imprisonment – there’s a dungeon-like atmosphere to the game.

As you can see from the screenshot above you begin the game with a number of symbols trapped inside breakable walls; some symbols are worth cash prizes and some trigger bonus features. When you press the ‘Play’ button a ball will bounce around the screen a set number of times, breaking bits of wall and hopefully also hitting those symbols underneath. As the game progresses you will find yourself in rooms with different wall layouts.

The symbols worth cash prizes are coins, a ring, a green chest and a blue gem; there are lots of special symbols to hit as follows:

This is triggered by hitting the package symbol and you will receive five free goes to hit something; if you hit the package again during this round you’ll receive one extra play.

This is triggered by hitting the key symbol and you will be faced with several doors; just open those doors to reveal prizes until the round ends.

Monte Cristo is certainly an oddity but we were always fans of Breakout and so can recommend this game; the gameplay is a little slow but just set the Autoplay up and watch it go – there’s an RTP of 94.07%.