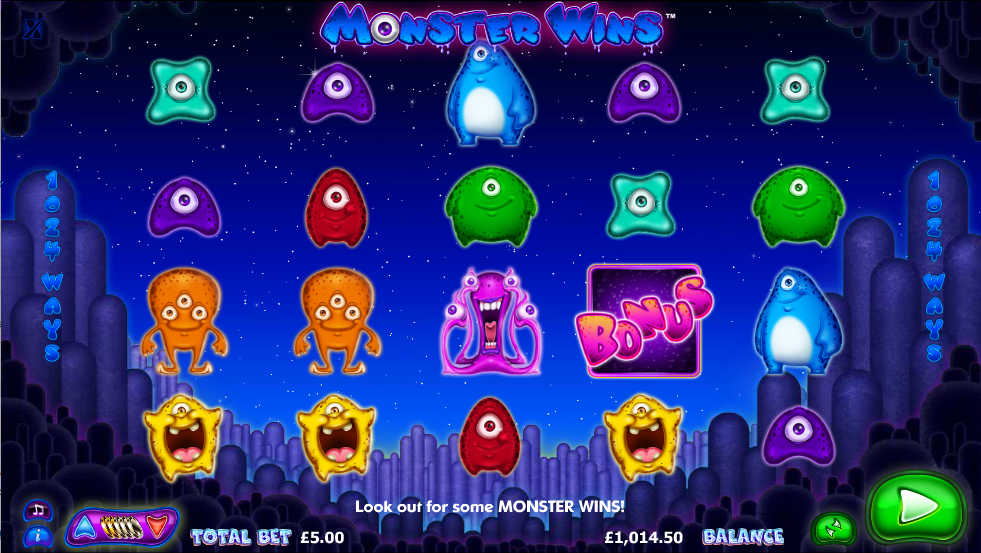 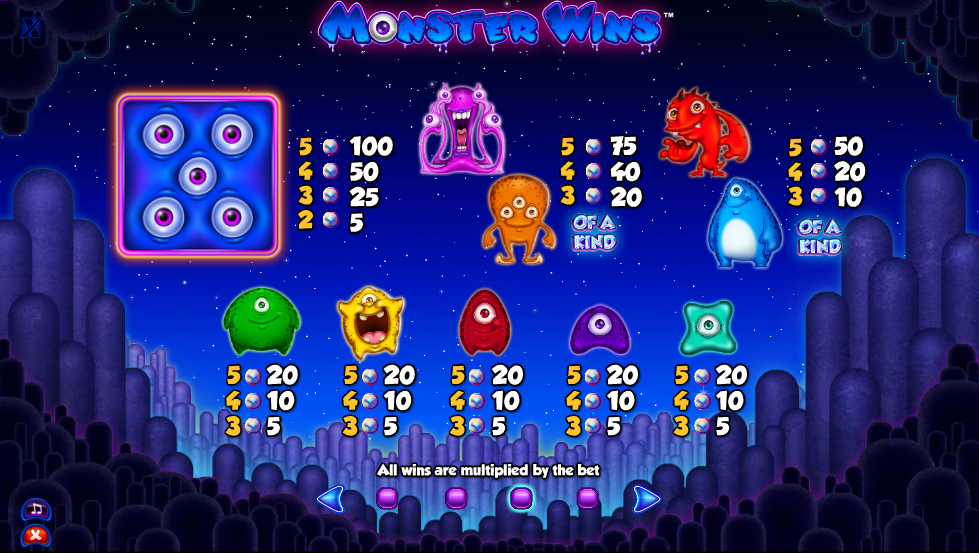 Somewhere on an alien planet there lives a diverse range of colourful creatures who dedicate their lives to acting as the theme for various online slot machines. This particular bunch are the subject of Monster Wins, a friendly game developed by NextGen Gaming with several bonus features – read all about it below.

Monster Wins is a five reel slot with four rows and 1024 ways to win; there’s no payline structure – just land matching symbols in adjacent reels starting from the left hand side. Those reels are transparent and sit against a backdrop of the alien planet with strange rock formations and a sky full of twinkling stars. 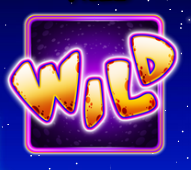 There are eight different monsters to represent the standard symbols and they’re an odd looking bunch of carious colours and with differing numbers of eyes.

The wild symbol is a big ‘Wild’, it appears only on reels two, three, four and five and it substitutes for all others except the two scatters – the Boss Monster and the ‘Bonus’ icon. 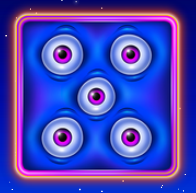 This is triggered whenever three or more Bonus scatter symbols appear anywhere on the reels; you will now receive three free spins with a stack of Boss Monster symbols on reel one throughout the bonus which means the ‘Unleash The Boss Monster’ is also active. The free spins can be retriggered.

Trigger this by landing four Boss Monster symbols in a stack on reel one and a number of other symbols will be transformed into the Boss, hopefully resulting in big scatter wins.

Each win can be gambled by clicking the hearts/clubs button below the reels; try and double/quadruple your win by guessing the colour or suit of the next card draw.

Monster Wins is a cheerful slot with some cute characters and a colourful theme; there are some decent wins to be had, especially when you Unleash The Boss Monster and there’s an RTP of 97.12%.