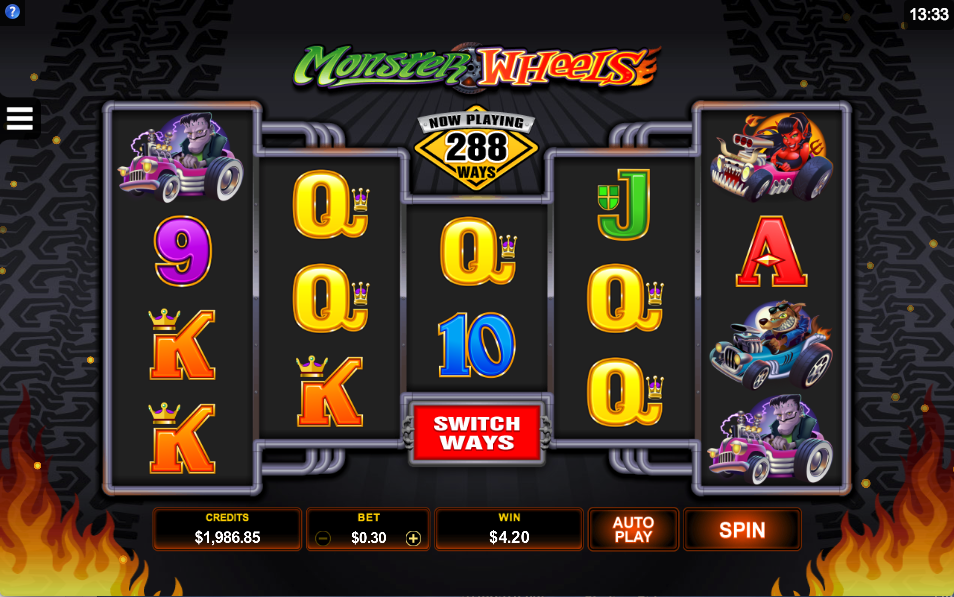 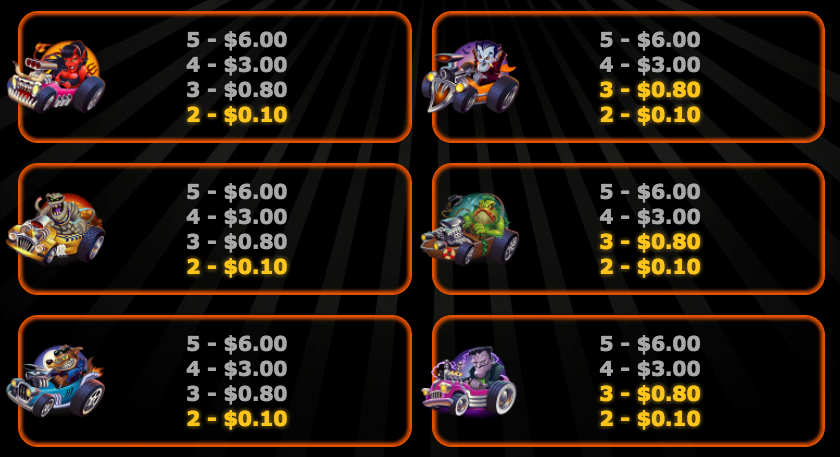 If you’re a fan of Microgaming online slots then prepare yourself for the noisy arrival of a game based on a group of pimped-up monster trucks. It’s called Monster Wheels and it comes with changeable payline configurations and a turbo-charged free spins round – find out how it works below.

Monster Wheels is a five reel slot with a choice of two payline layouts which offers the player either 128 or 288 ways to create winning combinations; the RTP remains the same of course so this is largely a cosmetic (but welcome) thing. Flames heat the scene from either side of the reels while tyre marks roll off into the distance behind the reels.

Six different souped-up cars and their monster drivers represent the higher value symbols and we can differentiate them by the colour of their vehicles – pink, orange, yellow, brown, blue and purple. 9, 10, J, Q, K and A make up the lower values.

The wild symbol is the Monster Wheels logo and it will substitute for all others to help form winning combos except for the petrol can scatter icon which appears only on reels one, three and five.

This is triggered by landing three of the petrol can scatter symbols anywhere on reels one, three and five and you will be given three free spins options from which to choose:

Any scatter symbols landing during this round will award one extra spin; statistically we think the three options are the same so the choice is yours!

Monster Wheels is a high octane slot with some colourful graphics and animations and a soundtrack which combines spooky with funky; it has just the one bonus feature but maybe this releases is all about the gameplay – it comes with an above average RTP of 97.00%.