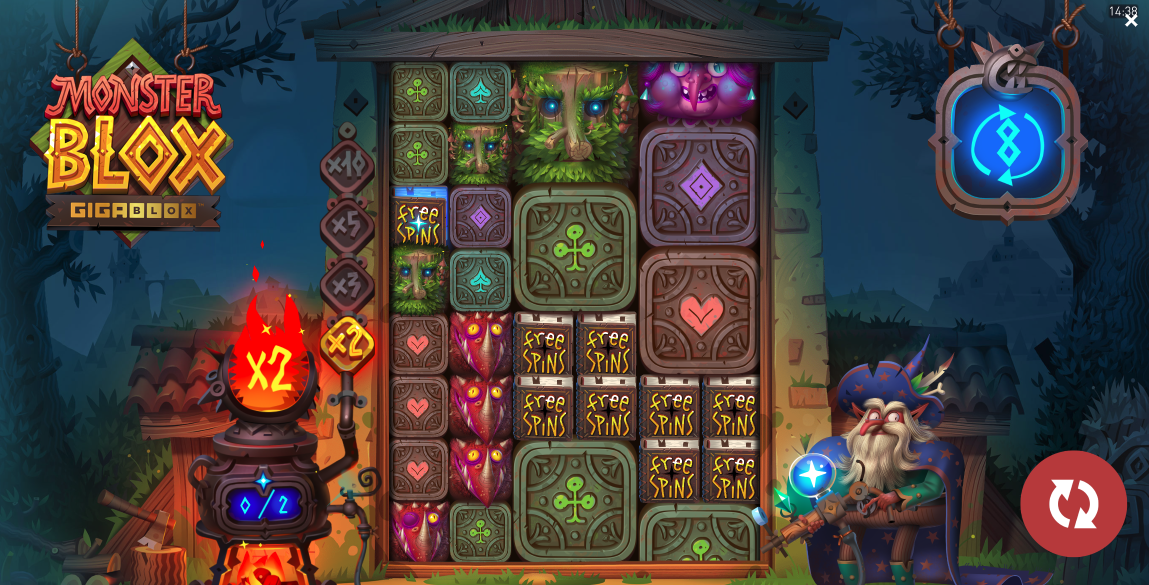 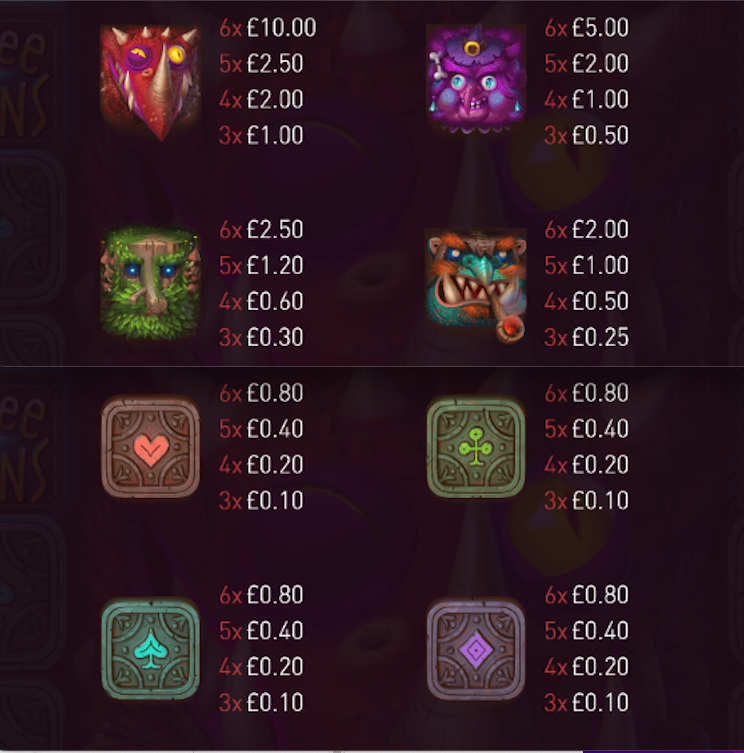 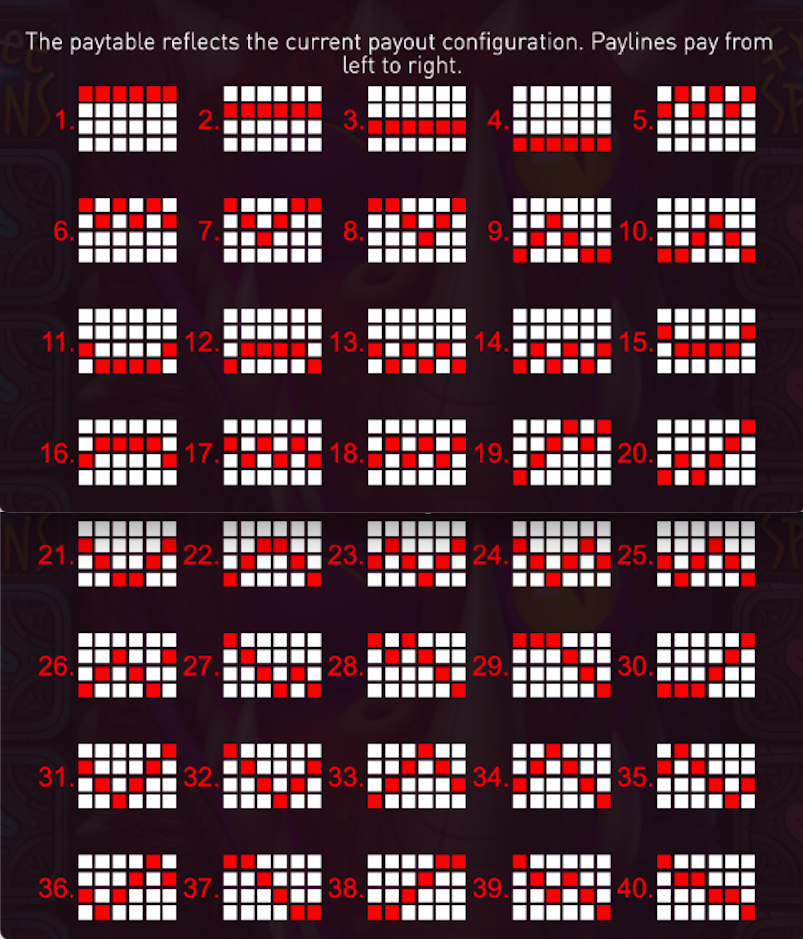 If you’ve previously played any online slots developed by Yggdrasil Gaming/Peter & Sons then you’ll instantly recognise the graphical style of Monster Box Gigablox, this fantasy-themed game which offers players a host of clever bonus features including free spins, wizard wilds and reels which increase their height with each win.

Monster Blox Gigablox all takes place on the side of the wizard’s house in this medieval landscape; a neat tiled roof keeps the Rina away while the white-haired wizard looks n slightly bemused from the right hand side.

Four monsters represent the higher value symbols with ornate playing card symbols as the lowers – each symbol can appear on the reels as large Gigablox ones and these range from 2×2 to 6×6 in size. The Free Spins symbol is the one to look out for and it will activate the main feature.

On any spin the wizard can zap several symbols on the reels, turning them into wilds and hopefully helping out with some wins.

Any win in the base game will increase the row height by one for the next spin, increasing the number of paylines into the bargain:

On the first non-winning spin the reels will return to their original state.

This is triggered by landing at least five of the Free Spin symbols anywhere in view – this is a bit easier than it seems because a 2×2 Free Spins Gigablox breaks up into four individual symbols.

The number of spins received is equal to the number of single position Free Spins symbols in view so it will be at least five to begin with. You’ll play this round with the maximum number of rows and paylines and each scatter landing will award an extra spin. Scatters will also contribute towards increasing the win multiplier: