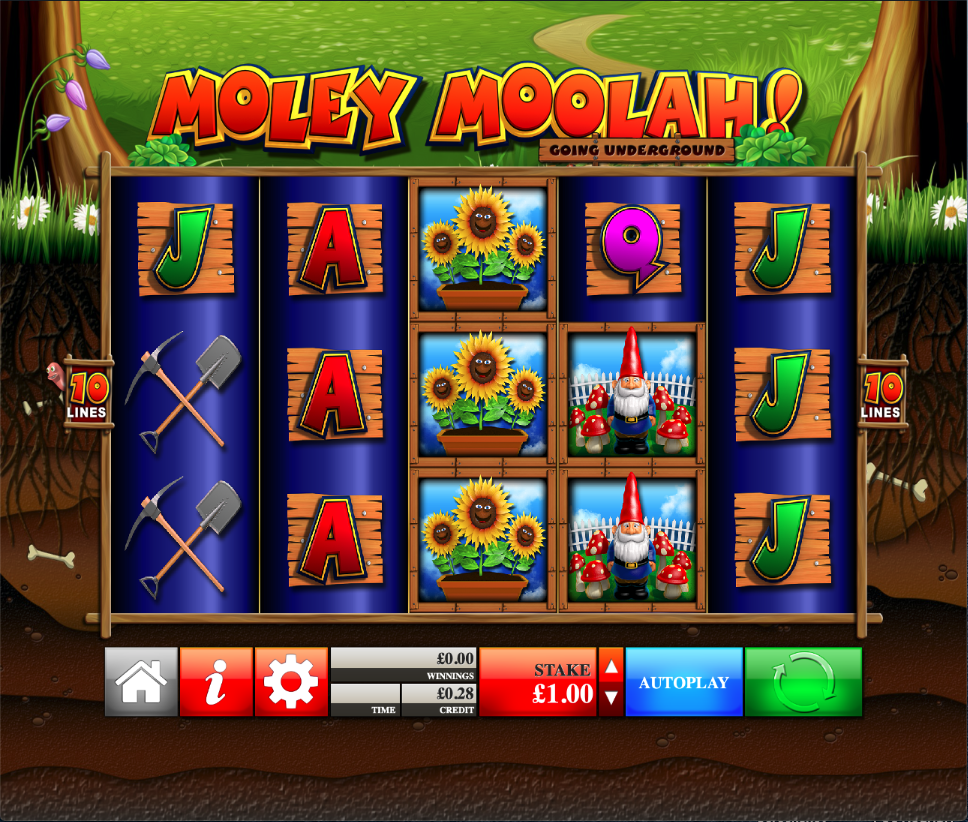 The subterranean world beneath an urban garden is the setting for this online slot from Reflex Gaming which pits the burrowing mole against the homeowner; it’s called Moley Moolah! and from £0.20 it offers players a free spins round in which acorn collecting and extra reel sets are the order of the day.

Moley Moolah! is a five reel slot with three rows and ten fixed paylines; all the action takes place above and below ground with worms and bones visible beneath the tidy lawn and daisies.

Theme-related symbols include sunflowers, garden gnomes, the Moley Moolah! logo, the yellow helmet and the tools; J, Q, K and A represent the lower values. The dynamite is one of the elf symbols and the other is the mole, which is also the bonus icon.

Landing three of the mole symbols anywhere on reels one, three and five will award fifteen free spins and during this round your task will be to collect acorns which land on the reels. These acorns will gradually fill the acorn meter above the reels:

The spins can’t be retriggered but as a small bonus the acorn meter will always start with two, three or four acorns to get things going.

This can occur randomly in the base game and the reels will shake with extra wild symbols added, hopefully resulting in a nice win.

Moley Moolah! is an entertaining slot with an attractive, cartoonish quality typical of other releases from Reflex Gaming; the Wild Reels are good fun but the biggest wins are waiting in the free spins round.