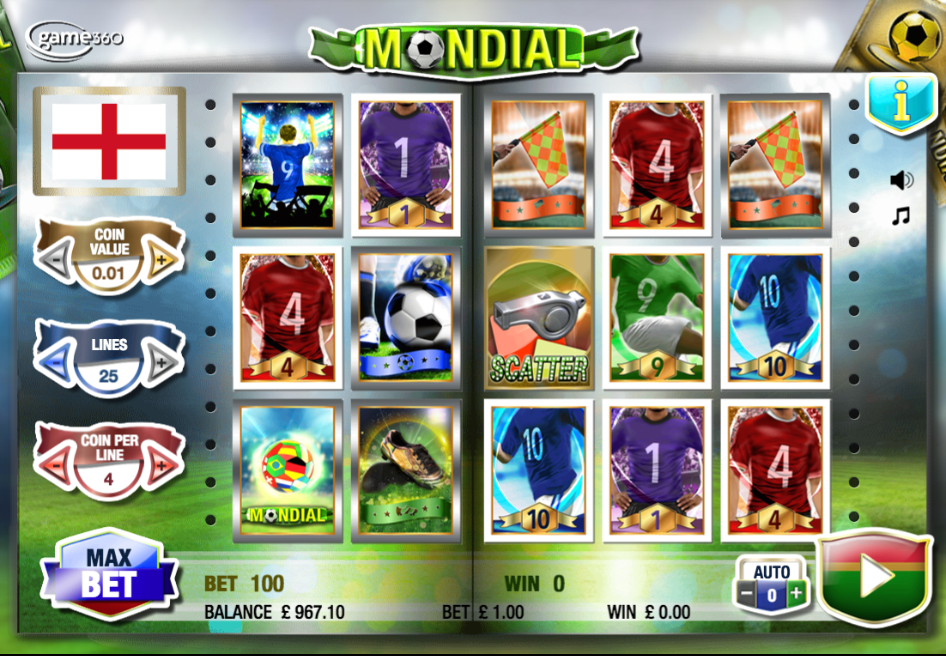 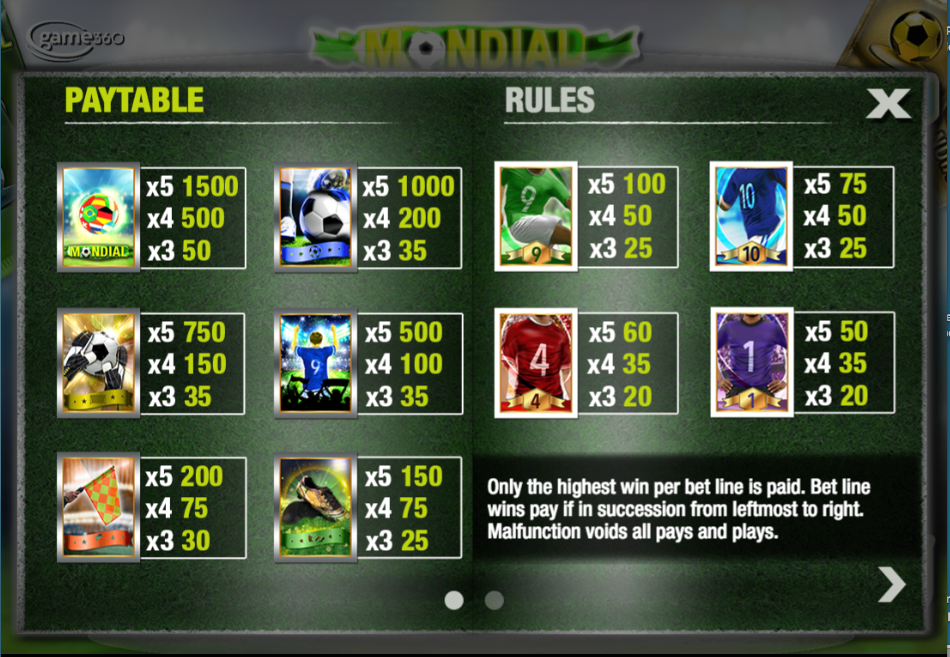 The beautiful game takes centre stage once more because it’s time to check out this good-looking online slot machine developed by Game360; it’s called Mondial so read on to find out more about the various bonus features and other extras.

Mondial is a five reel slot with three rows and up to twenty five paylines; each symbol is reminiscent of those album cards we used to collect as kids and there’s even a page fold between reels two and three. When the game loads up you can choose a flag from a selection and this will be shown in the top let hand corner of the screen.

All the symbols are related to the theme and include the Mondial logo, a boot on a ball, keepers’ gloves on a ball, a celebrating fan, a linesman’s flag, a pair of boots and four players numbered one, four, nine and ten.

The wild symbol is a ball bulging the net and it will substitute for all others to form winning combos except for the World Cup trophy and the ref’s whistle bonus symbols. The wild will also multiply by 3x any wins to which it contributes.

This is triggered by landing three or more of the ref’s whistle scatter symbols anywhere in view for which you will receive the following:

More spins can be triggered by landing more scatters but the 2x multiplier for all wins only applies to the first lot won.

This is triggered by landing three of the World Cup bonus symbols in any position and the upshot will be a multiplier of your total bet up to 100x.

This is a mini-feature triggered when the fan-in-a-blue-shirt lands on reel two to the left of the Mondial logo and you will receive a prize of 10x your total bet.

Mondial is a really high quality slot with a decent soundtrack which harks back to the glory days of sticker albums; the features are well thought out and in our experience reasonably easy to trigger. The RTP is 95.20%.