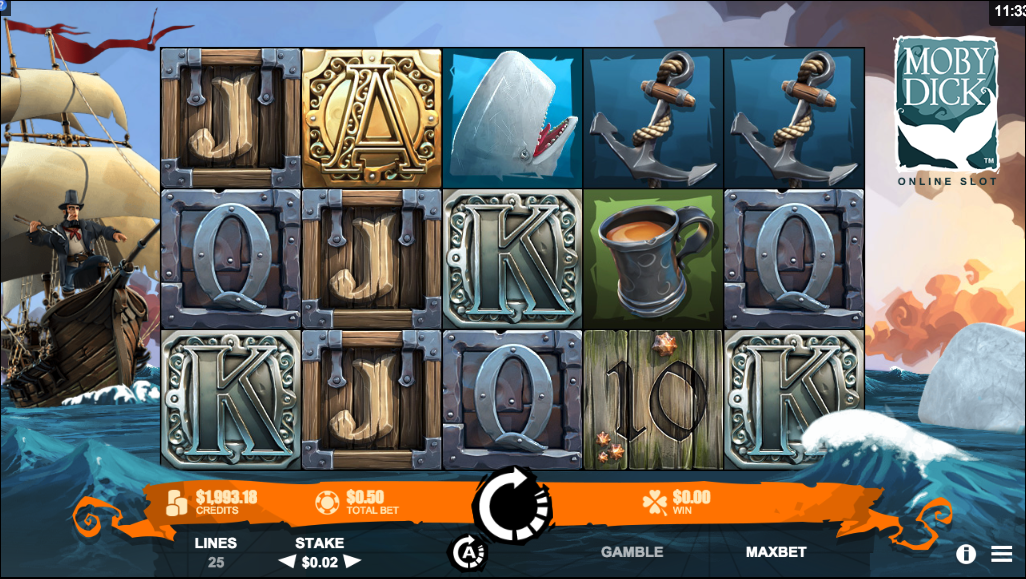 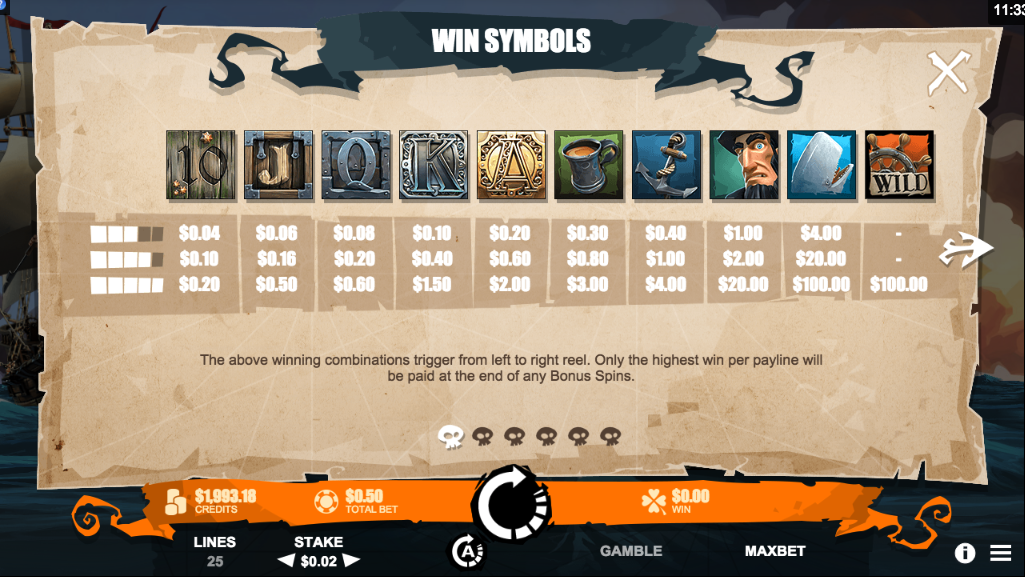 Moby Dick was the eponymous creature at the heart of Herman Melville’s famous novel and surely both Moby and Herman would be delighted to know that they have become the theme of an online slot machine from Rabcat/Microgaming.

Moby Dick is  a five reel slot with three rows and twenty five fixed paylines and behind those reels there’s an ocean view with Captain Ahab standing on whale watch at the prow of his ship, harpoon in hand.

The higher value symbols are related to the theme and include Moby, Ahab, an anchor and a mug of beer (?), 10, J, Q, K and A make up the lower values.

The wild symbol is the ship’s whee; and it will substitute for all others to help form winning combinations except for the Free Spins scatter (Moby’s giant mouth).

It’s cold out in the middle of the ocean and that’s reflected in this feature in which a winning combination will freeze in place and award another spin; any symbols which increase that combo will also freeze in place and continue the process until there are no additional wins. You’ll be paid the cumulative winnings after this.

This is triggered by landing at least four of the Free Spins scatter symbols anywhere in view for which you will receive the following:

Moby Dick is a really high quality release which will be no surprise for those familiar with Rabcat’s previous slots; the Freezing Win feature keeps providing small but regular wins and we particularly like the animations which precede and follow the free spins round. It comes with an RTP of 96.00% and it’s a winner.