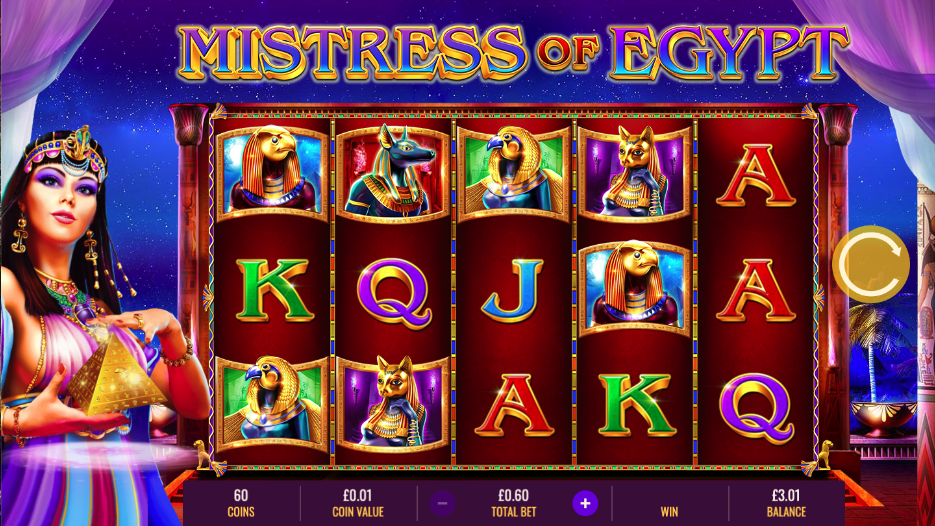 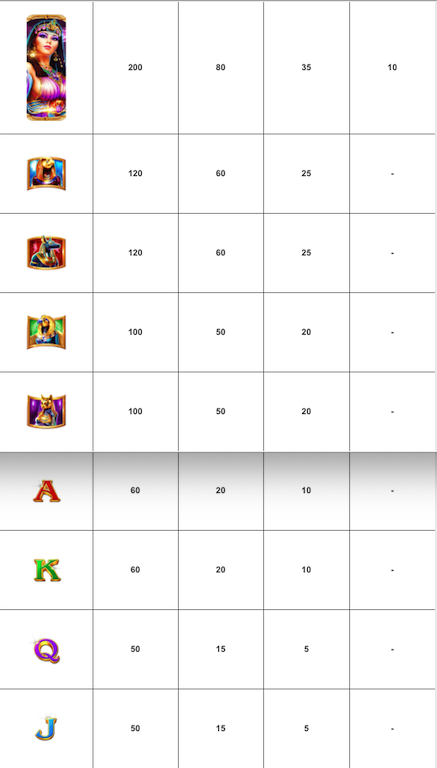 It’s night time in the desert as we join the Mistress of Egypt as she spins the reels while overlooking her domain; this online slot is developed by IGT and it offers players lots of free spins with plenty of wild symbols.

Mistress of Egypt is a five reel slot with three rows and thirty fixed paylines; our Mistress, who we’ll guess is Cleopatra, stands to the left of the reels spinning the magical pyramid between her fingers whiles stars dot the night sky over the dunes.

Cleopatra is the highest value symbol and she can appear stacked on the reels -she’s joined by representations of various Egyptian gods such as Ra and Bastet; J, Q, K and A make up the lower values. That magical pyramid is wild and it will replace all standard symbols to help form winning combinations; the blue diamond is the bonus symbol.

On any base game spin between three and fifteen wild symbols will materialise on the reels to potentially help you out with some wins.

Landing three, four or five of the blue diamond bonus symbols anywhere in view will award 10, 25 or 75 free spins respectively; this round can’t be retriggered but why would you need to if you’ve already won 75 spins?

In addition the Random Wilds will also make an appearance on every spin during this round, adding up to fifteen wild symbols to make it more of a winning feature.

Mistress of Egypt is a playable enough addition to the many Egyptian-themed online slots already out there but there are better ones to try for sure (click here for some more); still free spins and random wilds mean it’s worth a few spins.