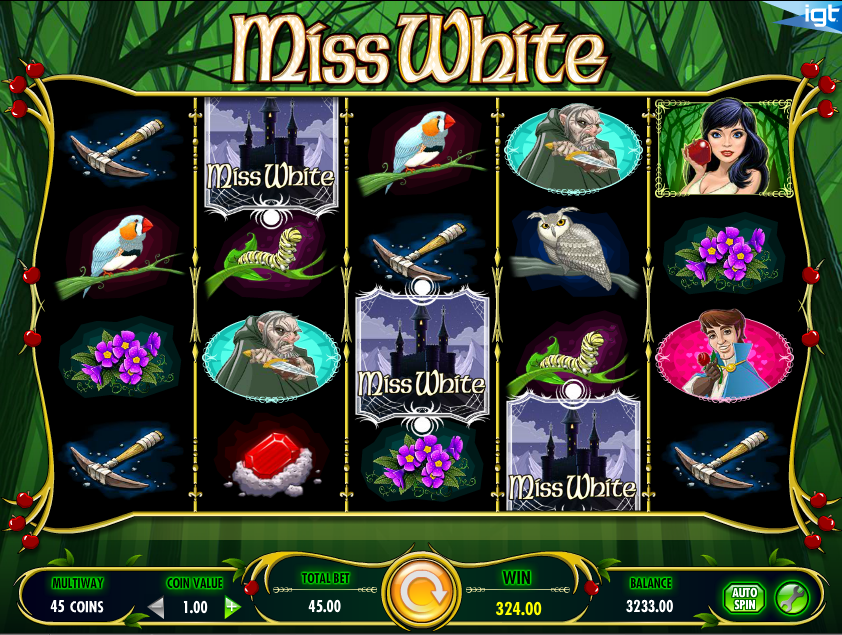 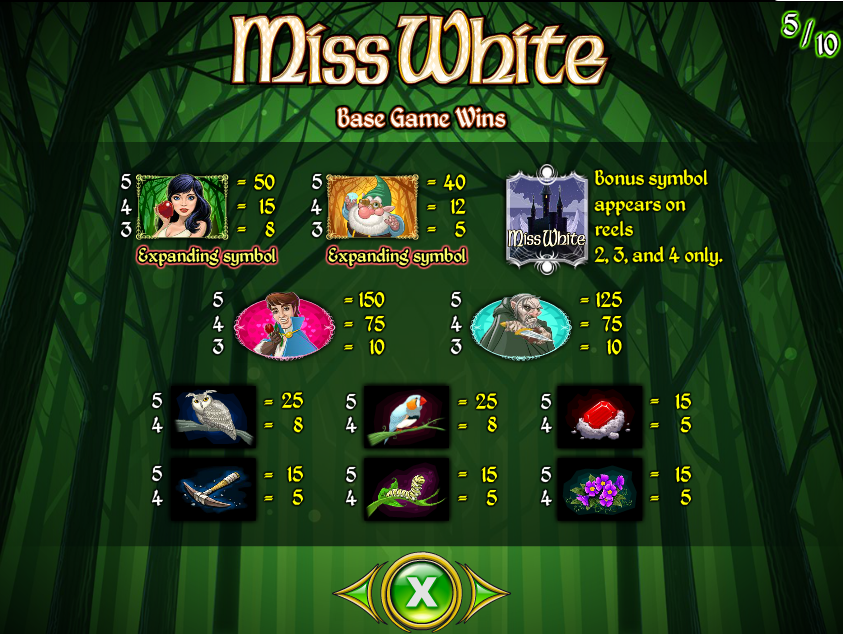 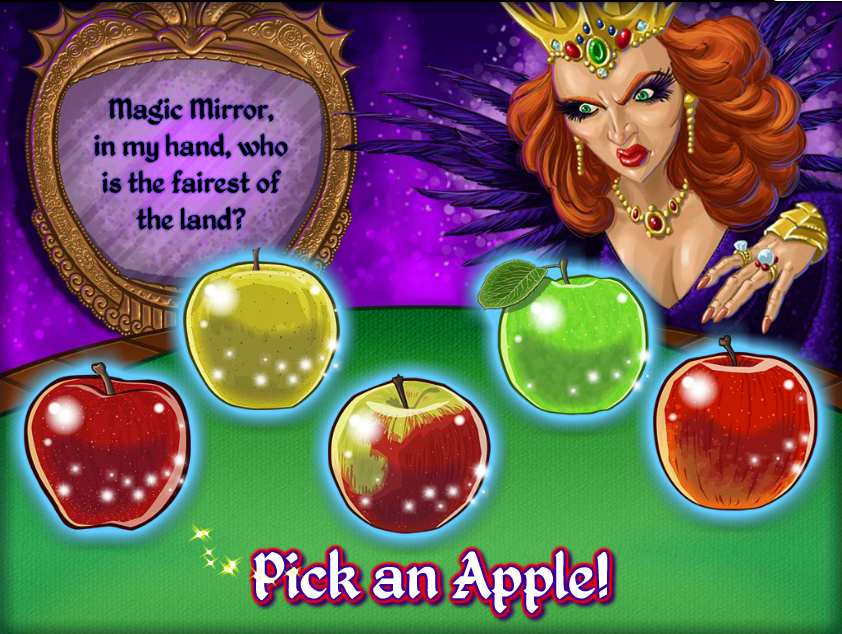 In the middle of 2014 IGT released an online slot called Miss Red, based on the fairytale of Little Red Riding Hood; now we have Miss White, a game of similar design but based on the story of Snow White and the Seven Dwarfs. It includes IGT’s Multiway Xtra as well as a new feature called ‘End2End’ and it’s all explained below.

Miss White is a five reel slot with four rows and 1024 ways to win. This is the Multiway Xtra bit and it means that not only can winning combos run from right to left and from left to right, they can also be formed on the centre three reels.

It all takes place in the forest where Snow White lives and all the symbols are related to the theme. They include Snow White, Doc, the Prince, a knife-wielding character and various smaller items such as a mining axe which are worth less.

There’s no wild symbol but there is a bonus icon which is the Miss White logo.

Snow White and Doc are the important symbols here and if they land with one symbol between them it will be changed to match. This happens with two Snow Whites, two Docs or a combination of the two (which will result in a combo symbol being formed).

The bonus symbol only appears on reels two, three and four but if you manage that this round will be triggered. Now pick one of the apples on show to determine the number of spins (5 – 15).

The spins will now start but if you can land three more bonus symbols you will get the chance to pick apples for more spins. There’s a total of 280 available for the luckiest players.

There’s plenty of extra stuff going on in Miss White to keep most people interested, especially the End2End feature. The soundtrack and graphics certainly match the theme and this is one to recommend. The listed RTP ranges from 92.00% – 96.10%.