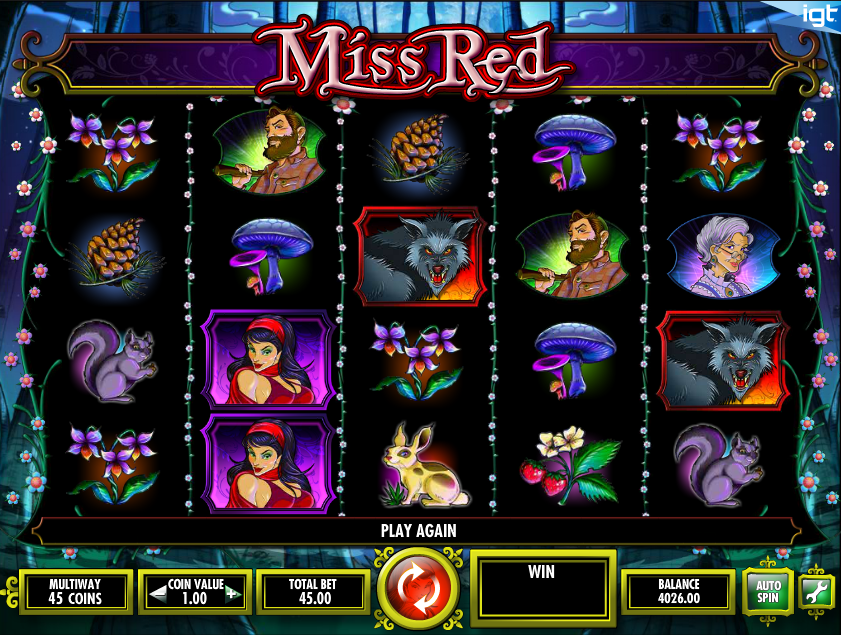 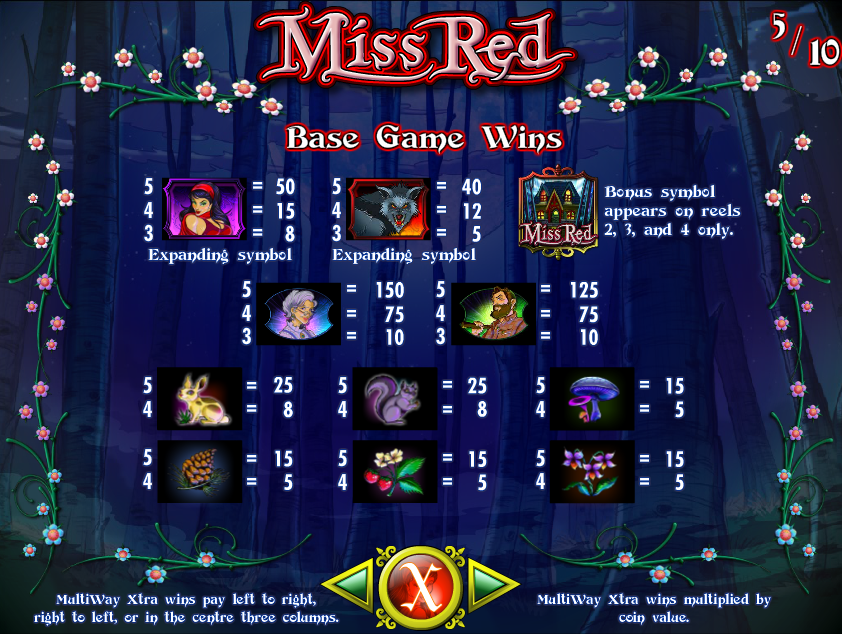 If you go down to the woods today, you may well find a brand new online slot from IGT; it’s called Miss Red and it is of course based on the tale of Little Red Riding Hood. Games from IGT often contain something creative and that’s the case here with the END2END expanding symbols and the Multiway Xtra feature.

Miss Red is a five reel slot with 1024 ways to win and the backdrop to the reels is a forest at dusk – just the sort of place where Miss Red probably shouldn’t be walking, especially with a big wolf roaming the area.

The main symbols are flowers, a pine cone, mushrooms, a squirrel, a rabbit, the wood chopper and old lady (the wolf in disguise). Special symbols include the old lady’s cottage scatter and then two expanding icons – Miss Red and the wolf.

This added extra means that you can create winning combos from left to right, right to left and in the centre three reels.

The dark cottage scatter only appears on reels two, three and four but if you land it there you will win yourself this feature. As you can se from the video above the first thing you need to do is pick one of the baskets of flowers/fruit to determine the number of free spins awarded.

If you land more scatters during this feature you will get to pick from the baskets again and those spin will be aded to your total up to a maximum of 280 spins.

This is a new one for us and it occurs regularly in this game; if the wolf or Little Red appear on the same row, any symbol in between will be transformed to match, giving you an instant win. Any wins which were on the reels prior to the transformation will also be awarded.

With a minimum wager of £0.45, low rollers might find it a bit too expensive.

The extra features in this game mean there’s always something going on and that’s got to be a good thing; the graphics and animations are attractive and there are some pleasant-enough sound effects.