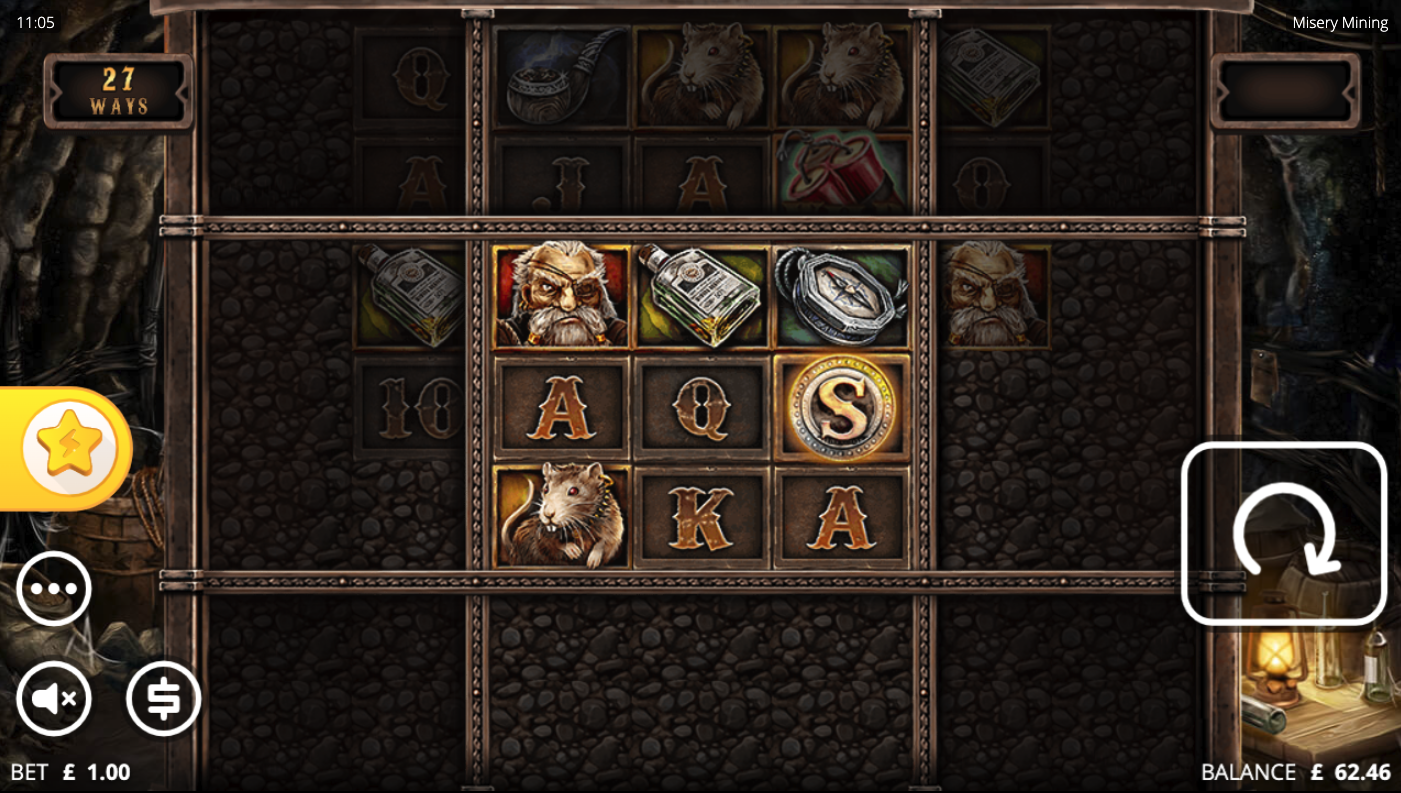 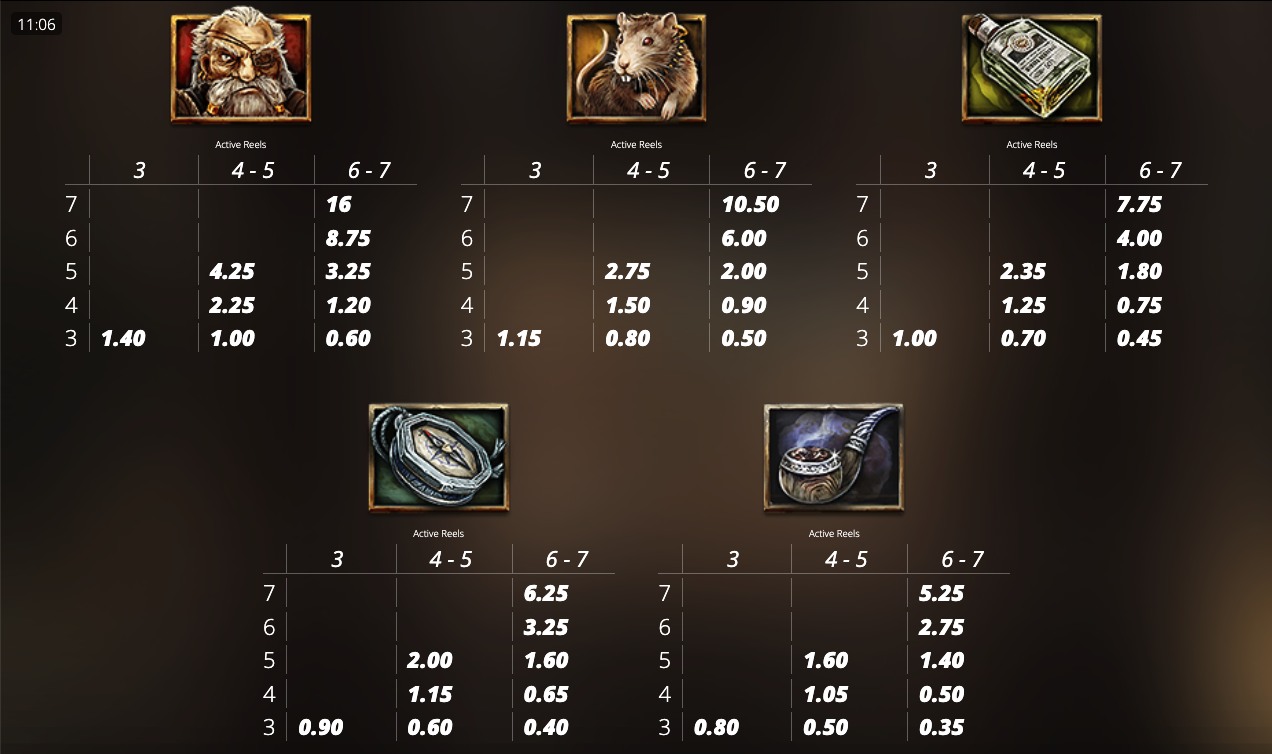 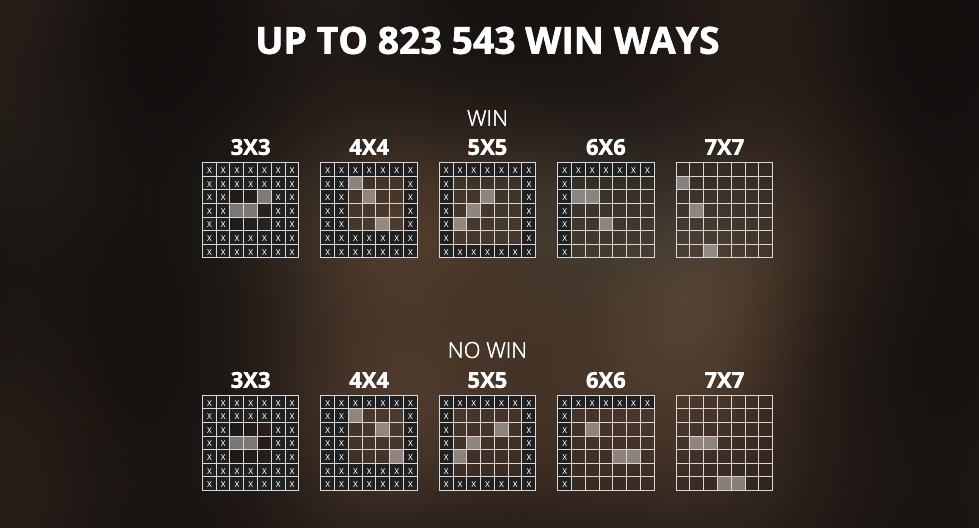 It’s back down the mine we go in this online slot from Nolimit City and this time there’s no pretence that digging for jewels was fun in anyway – the name of this game is Misery Mining and it comes with a clever gameplay mechanic which expands the playing area along with bonus features which include two types of free spins with plenty of extra enhancements.

Misery Mining starts off as a 3×3 grid with 27 paylines in which wins are formed from left to right in the normal way but the playing area expands when various things happen leading to a maximum of 823,543 ways to win. This is a gloomy mine infested with rodents and the paraphernalia of a grim underground existence.

The five high value symbols are the one-eyed miner, the rat, the bottle of whisky, the compass and the pipe; 10, J, Q, K and A make up the lower values. The xBomb is wild and the scatter symbols are the ‘S’ and the golden cart.

This game uses collapsing symbols in which those in a winning combo will disappear and be replaced by more falling in from above, potentially extending the wins. However the addition here is that there are other ways to cause a collapse and increase the paylines at the same time:

The free spins are triggered by landing three of the scattered ‘S’ symbols or golden carts anywhere on the reels and you’ll get to choose between Mouse and Rat spin modes.

Rat Mode is a respin round which starts with three spins which reset with each new golden cart or coin wagon activating.

Above the reels there’s a row of mine carts which contain one of the following mini-features and they’re activated when a scatterer ‘S’ or cart lands on the reel below. A cart will also add a multiplier value.

The Side and Bottom collectors are activated by bombs and rats and the sums collected in these are awarded at the end as long as they’ve been opened.