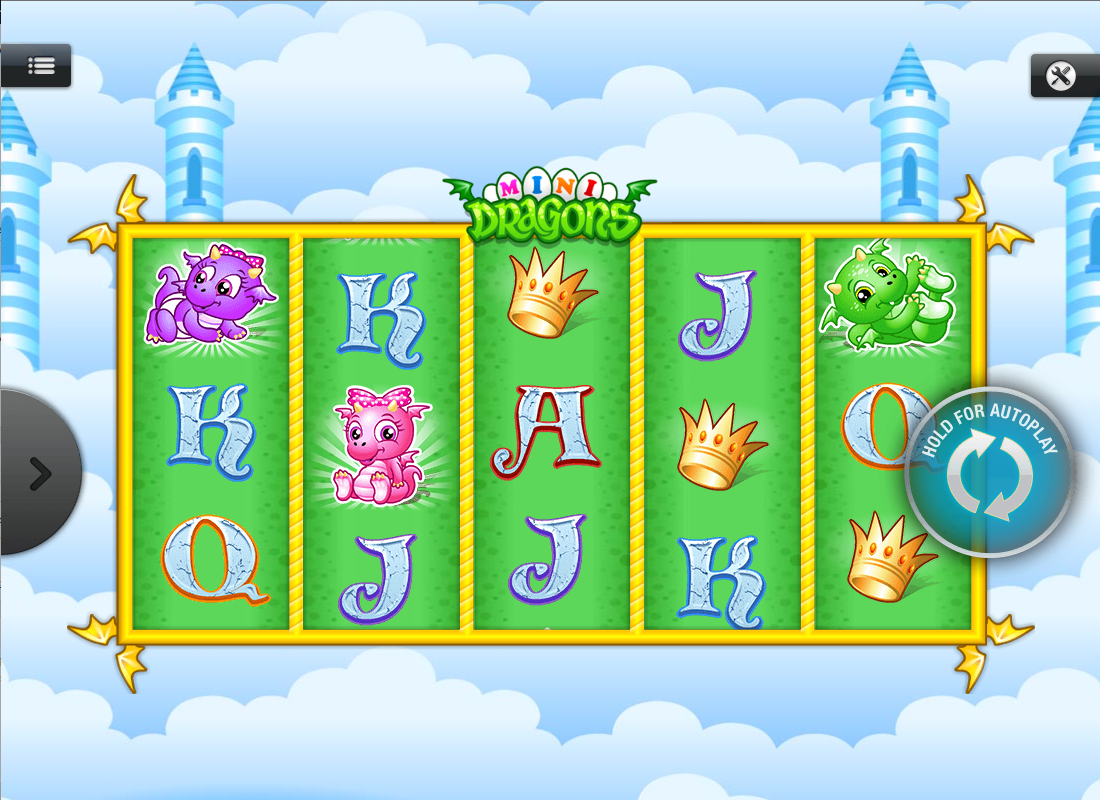 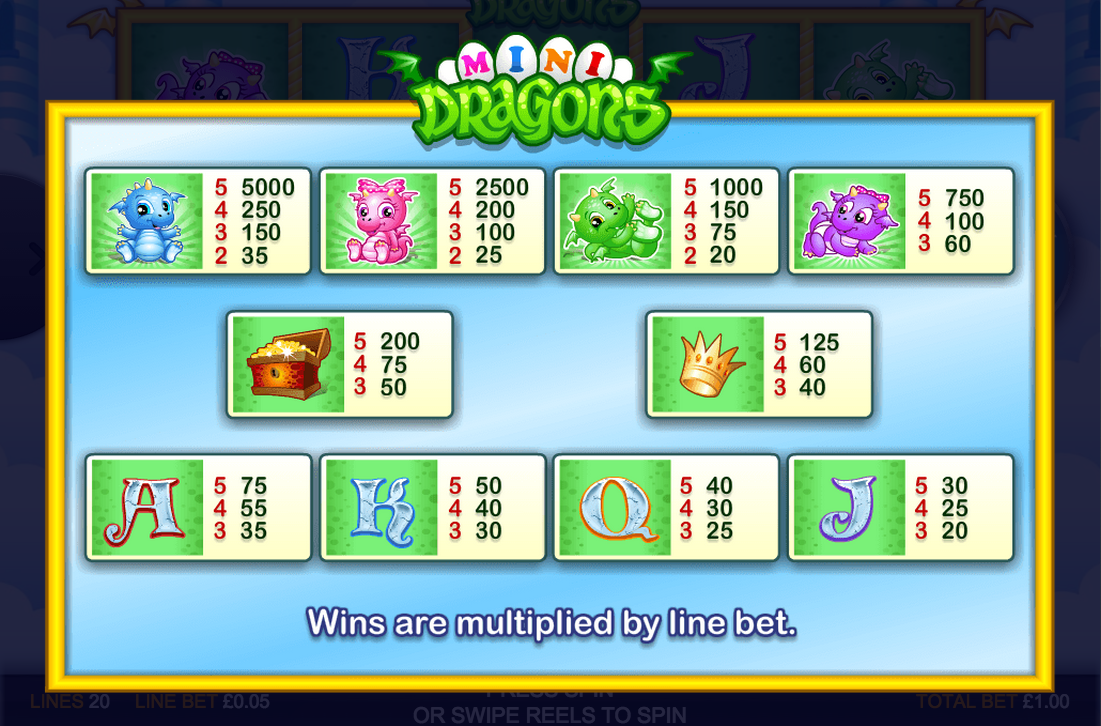 We’ve maintain that there are certain things which always add quality to an online slot – pirates, cowboys and of course dragons, even very small ones. Mini Dragons is the name of this very cute game from Ash Gaming and it’s available on your desktop and as a mobile version. The gameplay is basic but there’s enough going on to keep most players entertained.

Mini Dragons is a five reel slot with three rows and up to twenty paylines; it very much feels like a mobile slot and the various controls are set up for swiping and tapping but work work perfectly well with mouse clicks.

It’s all set way up in the clouds where stripey blue turrets mark the edges of a rainbow which curves across the top of the gold-framed reels. The rainbow actually comes and goes depending on whether you’re winning or losing.

There are six high value symbols, four coloured dragons, a treasure chest and a golden crown; note that the blue, pink and green dragons can form wins with just two symbols. J, Q, K and A represent the lower values.

There’s no wild symbol but there is a golden egg scatter which we shall explain in more detail below.

Always a favourite, this feature explodes any symbols which form winning combinations, allowing new ones to fall into their place from above. Those symbol may then contribute to more winning combos and this process continues until no more wins are formed. It’s like getting a little free spin each time.

The golden eggs can appear on any reel and you only need one to trigger it’s feature, although it will only happen on a non-winning spin.

Now a Golden baby Dragon will hatch from the egg and fly around, zapping symbols to make them disappear, resulting in a cascade. At least one win is guaranteed from this process.

Mini Dragons is a lovely little game which ticks along nicely with the inclusion of the cascading symbols feature. The sound effects are appropriately cute and there’s an RTP of 95.51%.