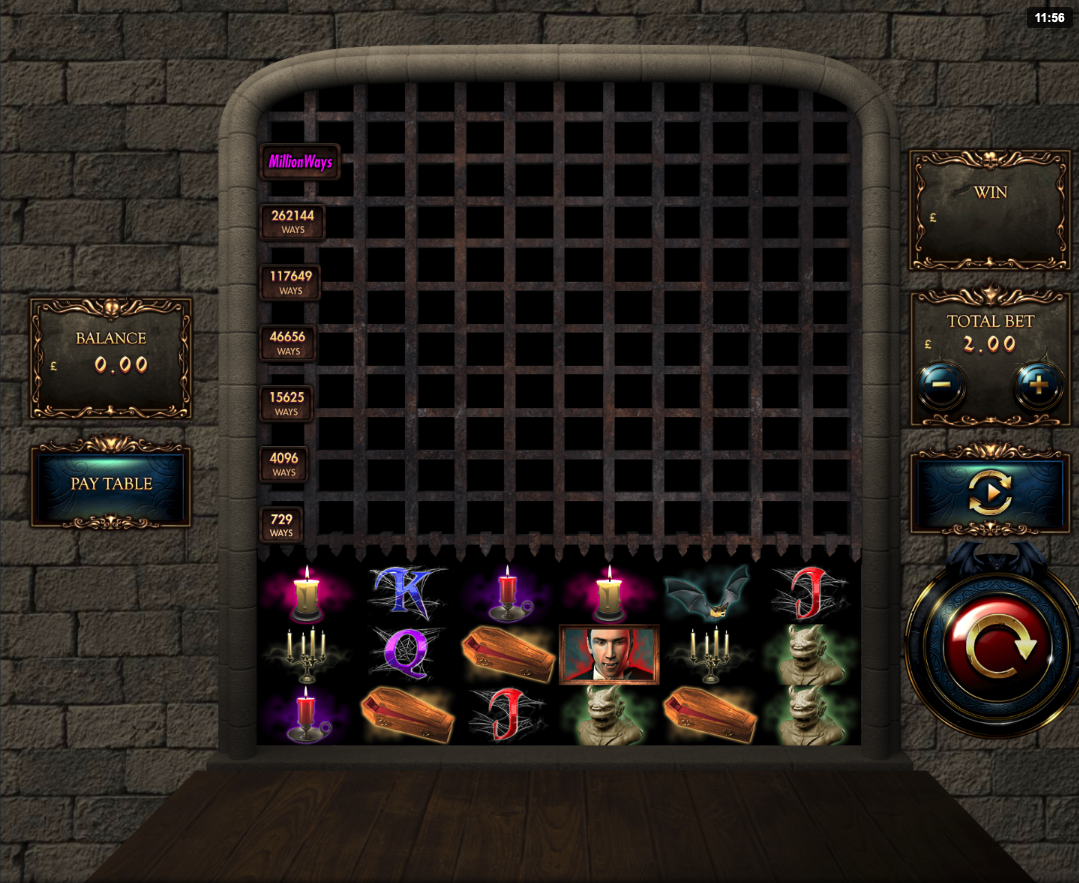 Attempting to enter Count Dracula’s castle may seem a bit unwise but that’s the premise of this online slot from Red Rake Gaming; it’s called Million Dracula and it introduces a gameplay mechanic which adds an extra row with each winning combo – keep reading to find out more about that and the themed free spins.

Million Dracula is a six reel slot with three rows initially and 729 ways to win; the rest of the gameplay area is the huge gate we’re trying to open, hemmed in by massive stone walls.

The symbols include the monster, the bat, the coffin, two candles, a candelabra and then J, Q, K and A; Dracula himself is wild and the cup of blood is the bonus symbol.

The gate raises up by one row with each winning combination and to keep raising the gate you’ll need to keep adding to that combo with the same symbols – combos with different symbols won’t count. As the reels expand the paylines increases as follows:

On the first non-winning spin the gate will drop back down to its starting position.

Landing three, four or five of the bloody cup scatter symbols anywhere in view will award 8, 12 or 16 free spins; the round will start with four rows visible and any winning combo will raise the gate by another two rows to make winning a bit easier.

Aside from some slightly basic graphics Million Dracula is a clever slot with an interesting gameplay mechanic which encourages continued gameplay; the free spins are great but the best bit of this game is the rising gate.