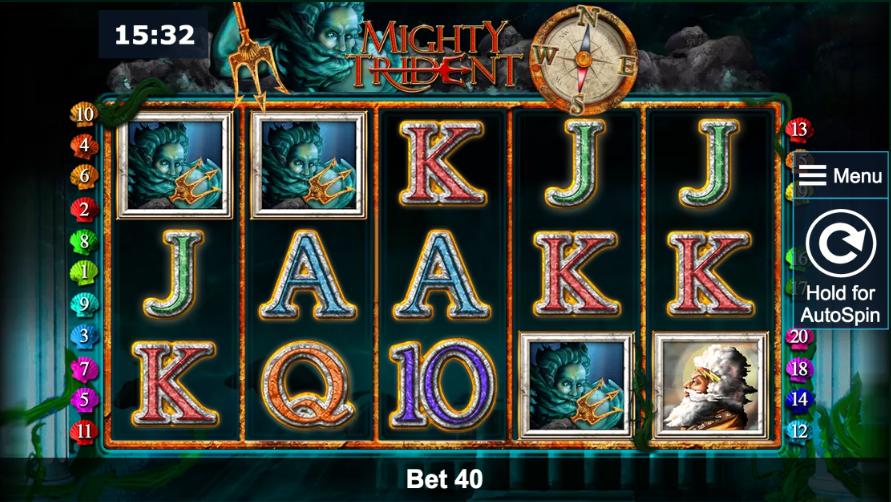 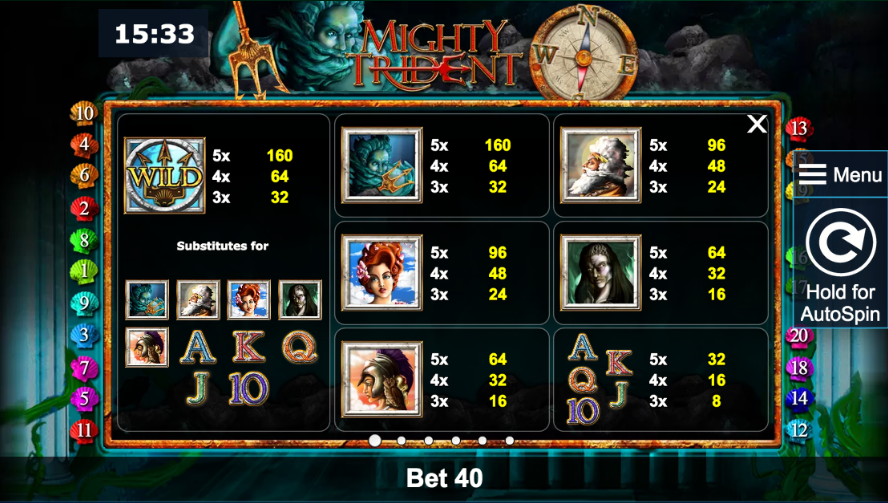 It’s time to revisit our old friend Poseidon now as we check out this atmospheric online machine from Mazooma Interactive; it is of course based on the Greek god of the sea wielding his Mighty Trident which coincidentally is the name of this game. Read all about it below.

Mighty Trident is a five reel slot with three rows and twenty fixed paylines; Poseidon himself watches over proceedings from above the reels alongside a rusty compass and various other bits of aquatic paraphernalia.

The high value symbols include Poseidon and then four other Greek gods who are a little difficult to identify – we could guess but we’d probably be wrong; 10, J, Q, K and A are a bit easier to recognise and they are the lower value icons.

The trident symbol is wild and will substitute for all others to form a winning combo except for the watery Free Spins icon.

This occurs after every win in the base game and free spins; the compass above the reels will spin and land on one of the four directions. The reels will then move one position in that direction and will keep moving as long as new wins are formed.

This is triggered by landing three of the Free Spins scatter symbols anywhere on reels one, three and five; just five free spins are awarded but the five high value symbols will now appear as super stacks with the potential of bigger wins during this round. More spins can be triggered from here and the Compass feature is also active.

Each win can be gambled in a 50/50 card picking game which it’s perhaps it’s better to avoid.

Mighty Trident is a really enjoyable slot where base game wins are a bit scarce but the Compass feature makes up for that; it looks good, sounds good and comes with an RTP of 95.50%.