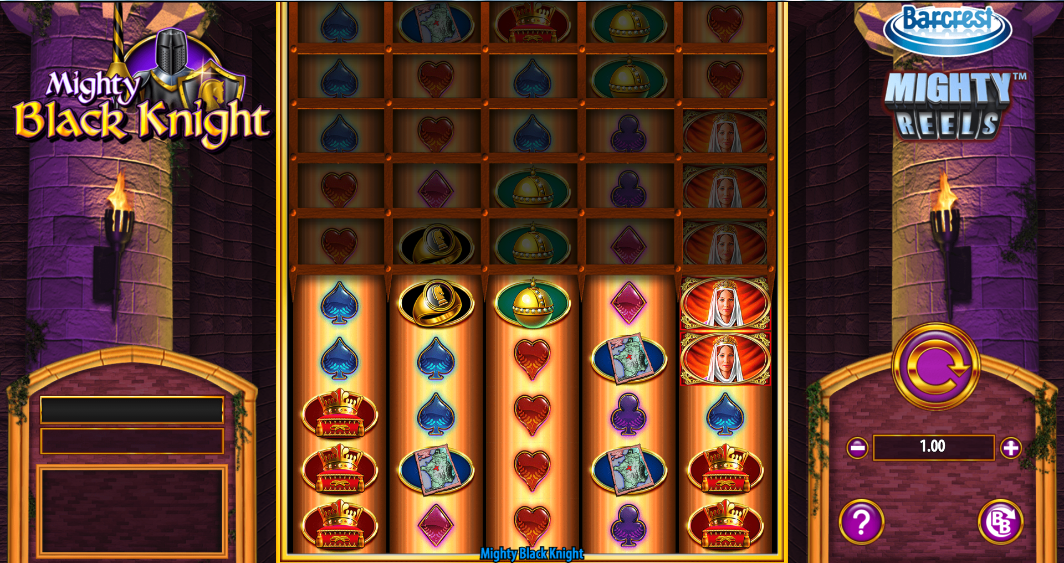 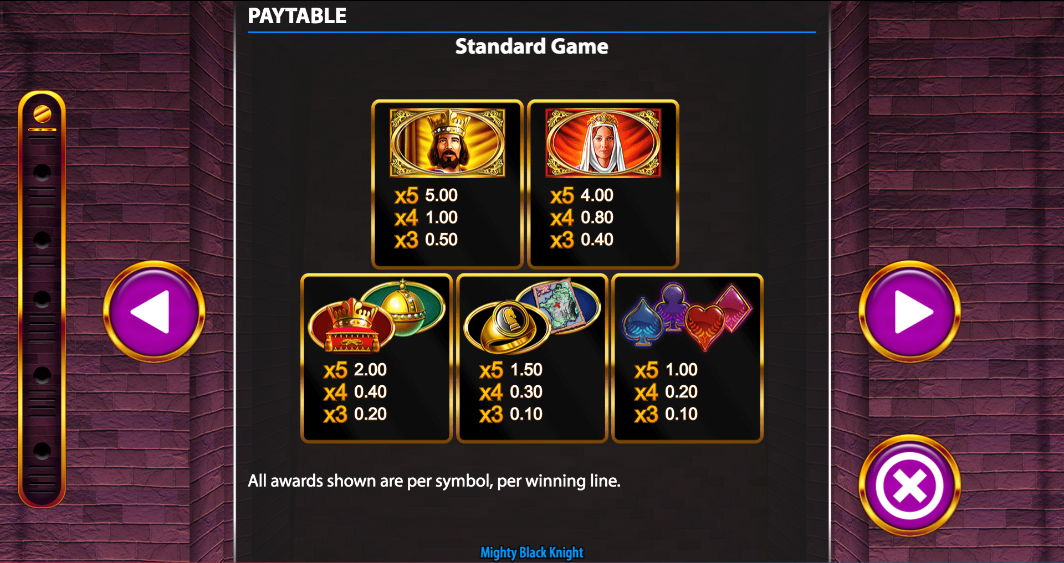 The middle ages has been the rather surprising inspiration of more than a few online slots in the past so it’s no surprise to see one more; this one’s called Mighty Black Knight, it’s developed by Barcrest and it comes with their tasty Big Bet option.

Mighty Black Knight is a five reel slot with five rows and fifty fixed paylines to start with; all the action takes place in some gloomy castle where torchlight flickers onto lofty columns in the vain hope of illumination. You’ll notice that there are more reels above the initial set and we’ll explain what these do shortly.

The high value symbols include the King, the Queen, a crown, a golden orb, a signet ring and a map of France; playing card symbols in varying colours make up the lower values.

The black knight himself is the wild symbol and he’ll substitute for all others to create winning combinations except for the chess piece bonus icon.

This is where the wild black knight comes in really handy and if it appears on the reels the ‘portcullis’ at the top of the screen will rise, uncovering the higher reel positions and increasing the number of paylines to one hundred. The wild symbol will expand to cover all positions on it’s reel.

This is triggered by landing three or more of the chess piece bonus symbols anywhere in view (a part of one symbols is enough) for which you will receive the following:

The Mighty Reels can be retriggered during this round and it’s also possible to trigger more spins by landing the required number of bonus symbols.

This is Barcrest’s proprietary optional feature and it allows players to buy five linked spins for various prices and which offer the following benefits:

Mighty Black Knight may not be the most graphically impressive game but there are two nice bonus features and of course the Big Bet option; note that the RTP increases from 94.00% to 98.00% when using the Big Bet.