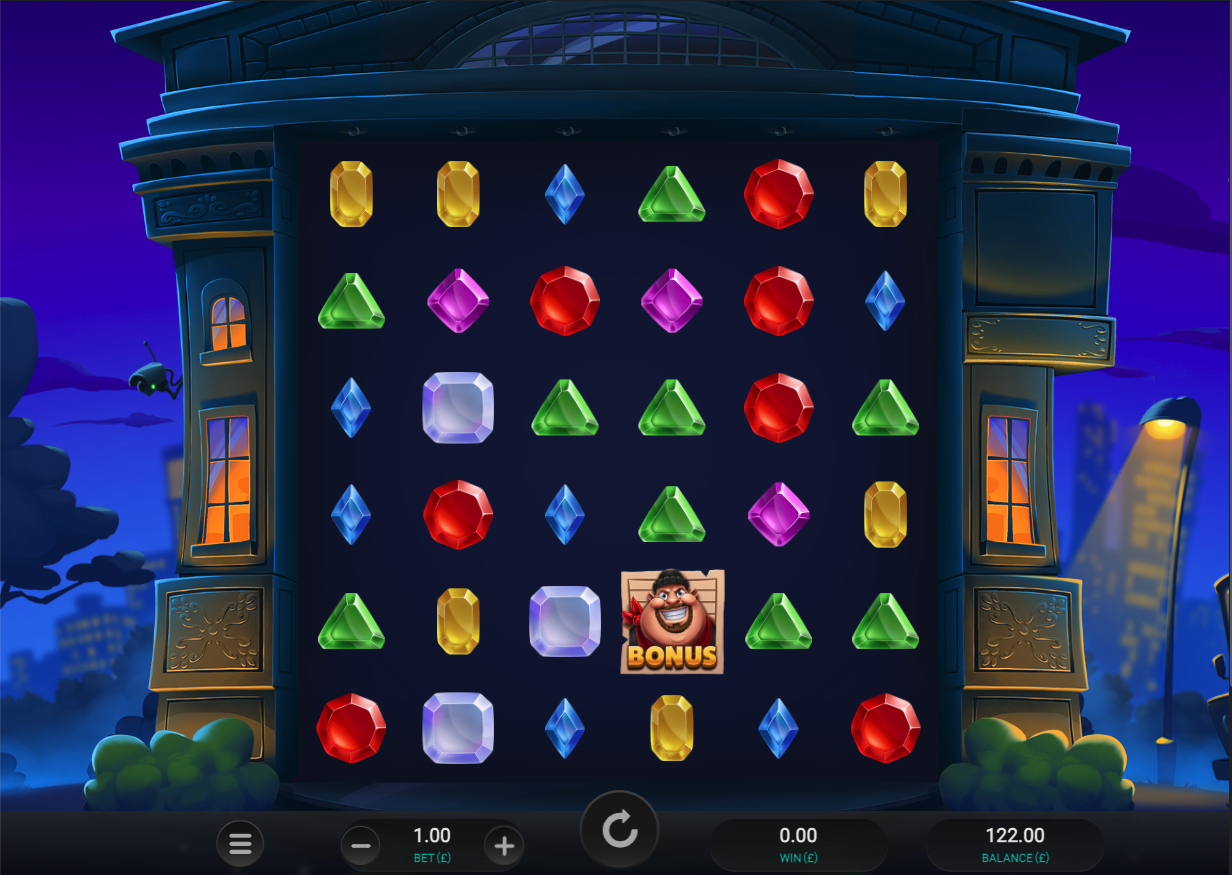 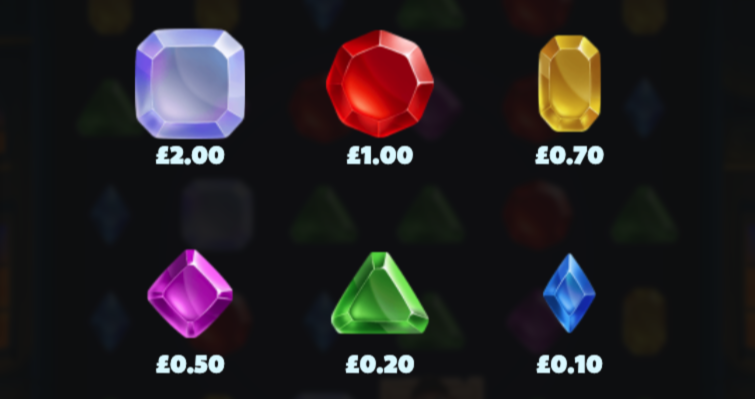 Theft from some unsuspecting venue is a common theme for slot machines and in Midnight Marauder we have one more to add to the lengthy list of crimes committed – it’s an arcade-style game from Relax Gaming with a cluster gameplay mechanic, free spins and some big win multipliers.

Midnight Marauder takes place on a 6 x 6 grid which sits in front of the grand building containing the lucrative contents of the vault; there seems to be plenty of security here but that’s not going to stop our anti-hero.

The regular symbols are crystals in six different colours and the scatter symbol is the bearded marauder.

The aim of this game is to land connected clusters of at least five matching crystals – they’ll then merge into one crystal which becomes a multiplier worth the original number in the cluster. After the merging there’ll be a free respin in which more clusters can be formed and this continues until no new clusters land. In addition any crystals which land next to a multiplier of the same colour will add to its’ value. The values of merged multipliers of the same colour will be multiplied together. The payout is now evaluated and it will be the multiplier value applied to the crystal’s value.

Eight free spins are awarded by landing three scatter symbols and each extra scatter awards another two spins; once the round is underway any scatters will add another spin. There are no extra enhancements here but it seemed as though more mergers occurred during this round than in regular gameplay.