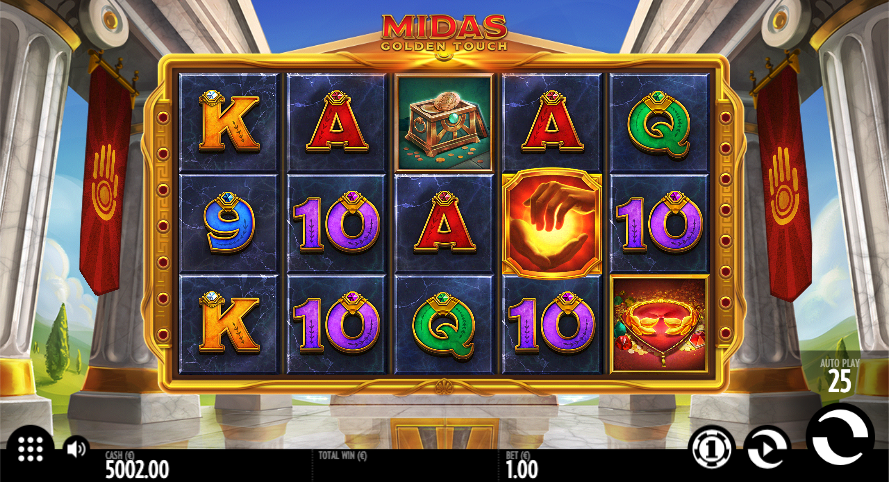 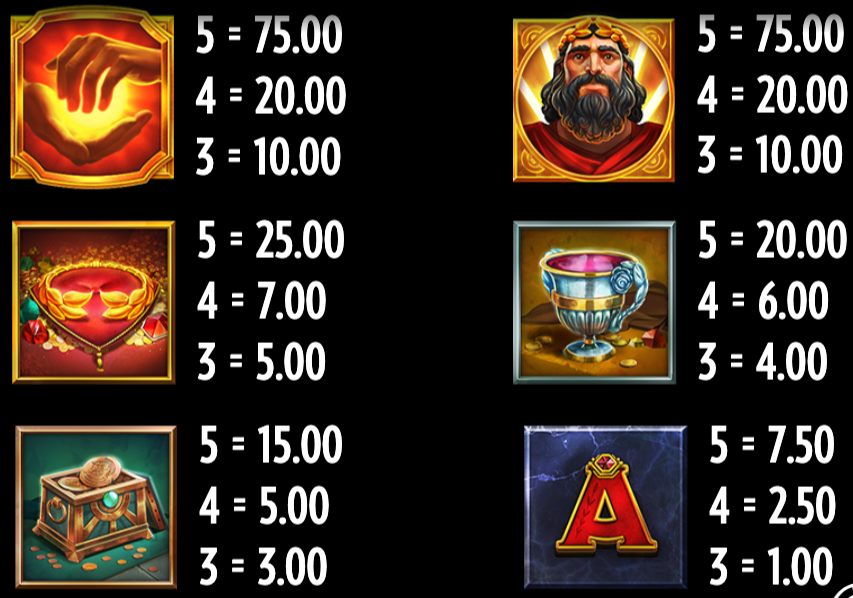 Turning everything one touches to gold may seem like profitable fun for a while but ultimately it’s a bit of a pain as demonstrated the tale of the legendary King Midas – he’s the theme of Midas Golden Touch, this online slot from Thunderkick with wild multipliers and enhanced free spins.

Midas Golden Touch is a five reel slot with three rows and fifteen fixed paylines; a marble temple forms the backdrop to those gold-rimmed reels  which glint un the sun under the clear Mediterranean sky.

The high value symbols include King Midas, a golden necklace, a silver cup and a jewelled box; 9, 10, J, Q, K and A represent the lower values.

The Golden Touch is wild and it will replace all other standard symbols to help form winning combinations; the temple is the scatter symbol which is the key to the main feature.

If a wild symbol helps out with a winning combo it will multiply those winnings by 2x – even better is the news that two, three, four or five wilds will apply a win multiplier of 4x, 8x, 16x or 32x respectively.

This is triggered by landing three, four or five of the temple scatter symbols anywhere in view for which you will receive 10, 15 or 20 free spins respectively; during this round any win will activate a ‘sticky respin’ in which all winning symbols lock in place – any symbols which add to the combo are also frozen and another respin awarded.

This round can be retriggered with three more scatter symbols and as an added bonus an extra wild is placed on the reels before each free spin.

Life may not have been much fun for King Midas but he’s left us with an entertaining slot from Thunderkick with a well-designed free spins round and those wild multipliers in the base game. Highly recommended!