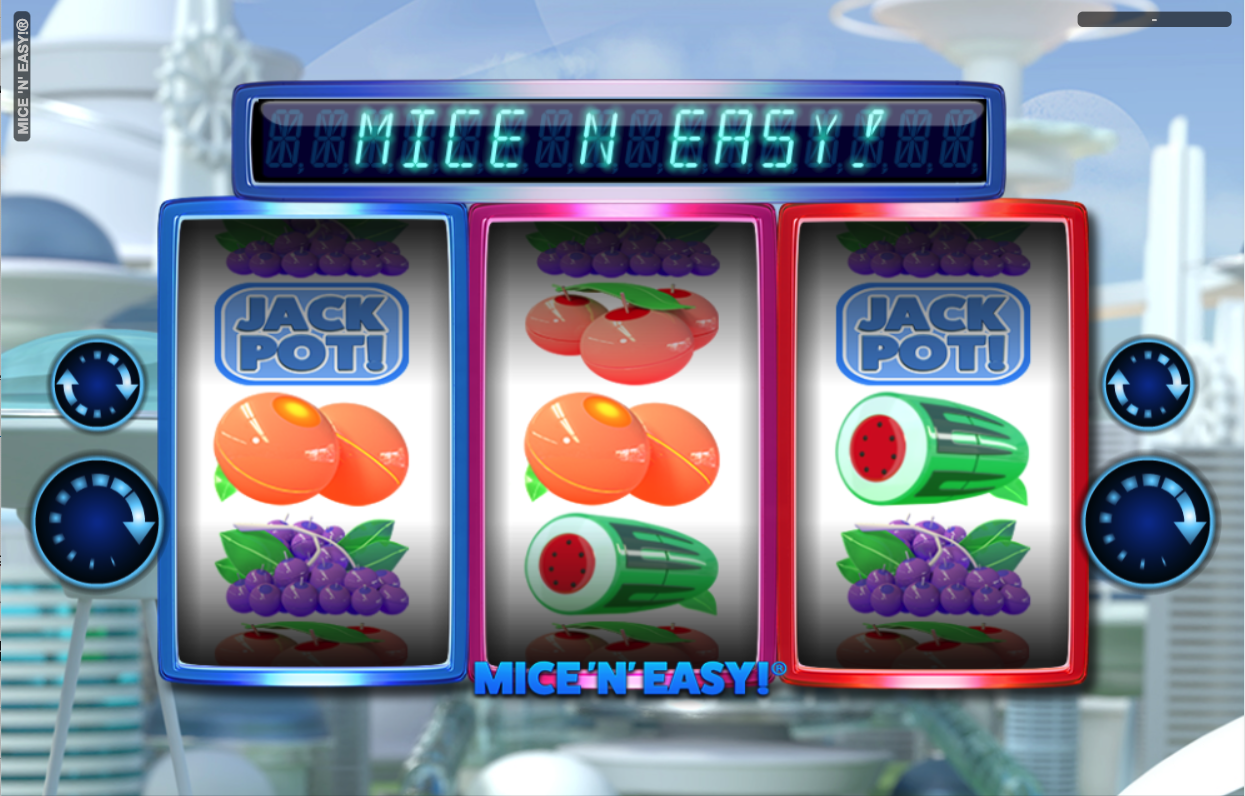 Online slots fans with a good memory may remember a release from Realistic Games called Clockwork Mice, a game set in a strange universes inhabited by electronic rodents; Mice ‘N’ Easy is a sequel of sorts located in the same place but with fewer reels and different features.

Mice ‘N’ Easy is a three reel slot with three rows and just the one payline; the familiar white, futuristic architecture provides the backdrop with a large ringed planet looming dangerously in the background.

There are five regular symbols – Jack Pot!, watermelons, bunches of grapes, oranges and cherries; the robot mouse head is the special symbol.

This is triggered by landing three of the mouse head symbols anywhere on the reels and the game area will change to one single payline in view above sets of each of the symbols.

As symbols land on the payline they’ll light up one place on the corresponding set below and when that set is full that prize is awarded.

After any win those symbols may be locked in place for a free respin meaning a second win is guaranteed; the reels can respin a maximum of nine times.

After a non-winning spin up to three nudges can be awarded and you’ll get the chance to nudge the reels downwards to try and create win; it’s probably better though to use the Autonudge feature which will get the best result. The Autonudge will also correct your effort if you’ve not found the highest win.

The Super Spin can kick in after a nudge has resulted in no win and it’s essentially a guaranteed win spin.