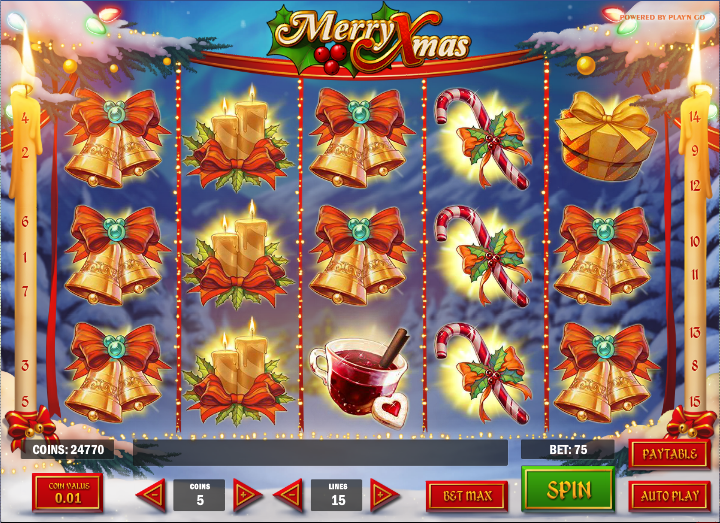 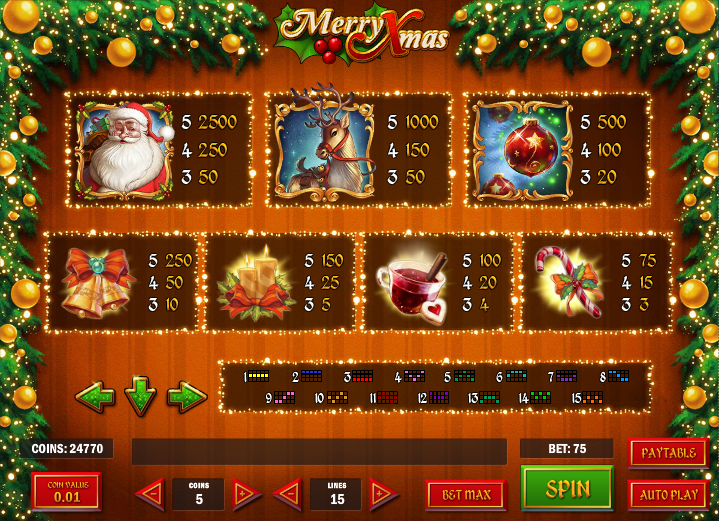 It’s approaching Christmas as we’re writing this so a brand new Yuletide online slot is always welcome but even if it’s not the right time of year, there’s no reason to ignore a seasonal game. Merry Xmas is name of this one and it’s from Play N Go so read on to find out if you can expect the usual impressive creativity.

Merry Xmas is a five reel slot with three rows and fifteen paylines; everything about it is traditional and the impression is of one of those Christmas cards you buy in packs of ten to give to people who don’t quite merit a separately purchased one. It all looks quite nice though and there’s snow falling gently in the background as well as candles on either side of the reels. 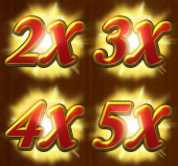 All seven main symbols are Christmassy and include a stick of rock, some mulled wine, candles, bells, a bauble, a reindeer and Santa Claus himself.

To make a win, symbols do not have to run from left to right as long as there are at least three in a row. This means wins can start from reels one, two or three.

The wild symbol also acts as a multiplier and is labelled with the values 2x, 3x, 4x and 5x. If a wild helps to contribute to a winning payline it will multiply that win by one of those amounts. Unfortunately the multiplier only appears on reel three. There are also three gift boxes on the reels which activate the main feature.

If you can land the yellow box on reel one, the green box on reel two and the gold box on reel three you will trigger this feature. The three gifts will float to the foreground and all you have to do is pick one to reveal a prize relative to your stake.

Merry Xmas is certainly suitable at the appropriate time of year but it does seem to lack some of the creativity of Play N Go’s other slots. It looks nice though and the sounds are appropriately seasonal; an RTP of  95.79% is reasonable.