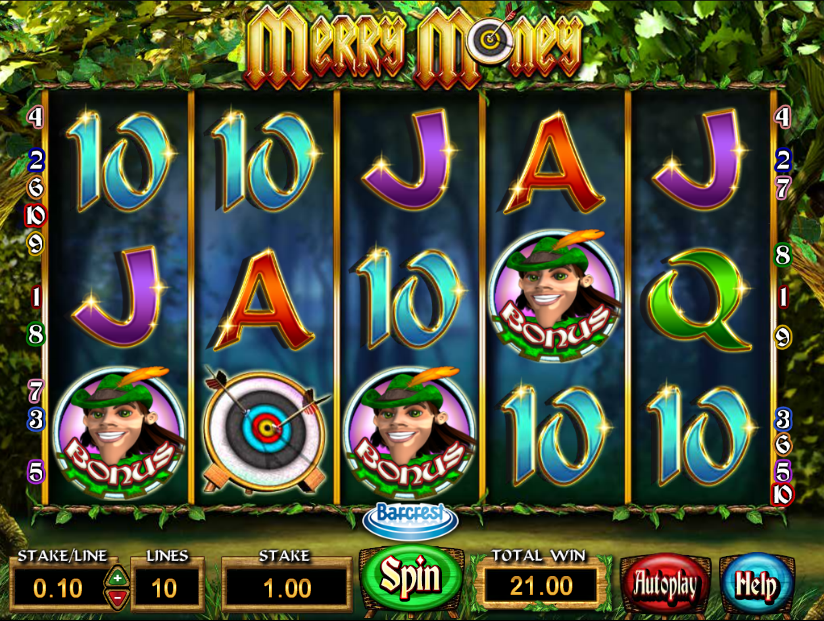 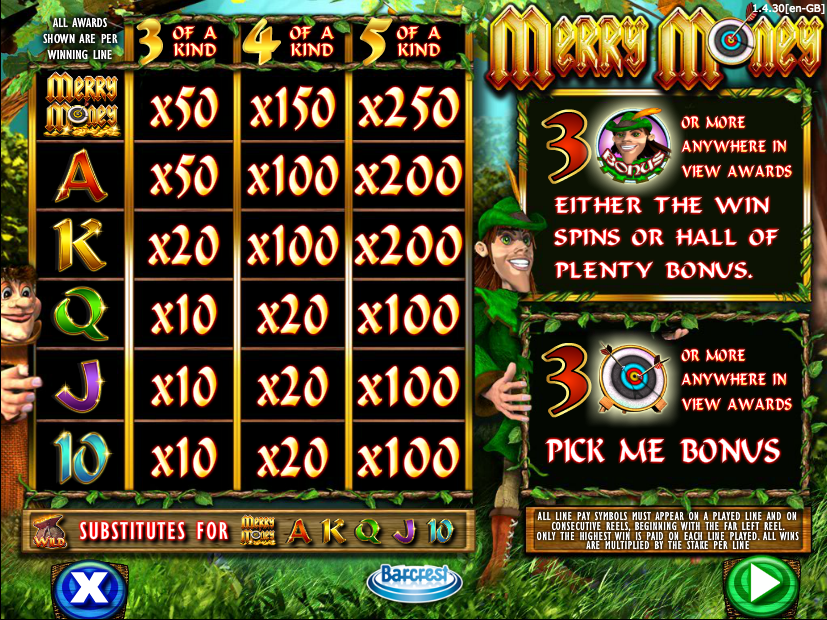 Our old friend Robin Hood is the main character in this colourful online slot from Barcrest; we’ve encountered this fictional chap several times in various games (see our top five here) and they generally offer a decent gaming experience. Merry Money is the name of this one and it includes several bonus features and some cheesy animations.

Merry Money is a five reel slot with three rows and ten fixed paylines; the greenery of Sherwood Forest provides the backdrop to the reels while an unobtrusive soundtrack accompanies your gameplay.

There are only six regular base game symbols – the Merry Money logo and then 10, J, Q, K and A. Merry Money is the highest value and will pay 250x your line stake for five on an active payline.

A bag of gold is the wild symbol which substitutes for all others except the scatters which are represented by Robin Hood and an archer’s target.

If you can land three or more Robin Hoods (complete with cheesy grin) anywhere in view you will first get to fire an arrow at a target to determine which of the following features to play:

This is triggered by landing three or more of the target scatter symbols anywhere in view; all you have to do is pick any of those targets for a cash prize.

Merry Money is a nice addition to the ranks of Robin Hood-themed slots already available and we particularly like the range of bonus features. It comes with a reasonable RTP of 95.09%.