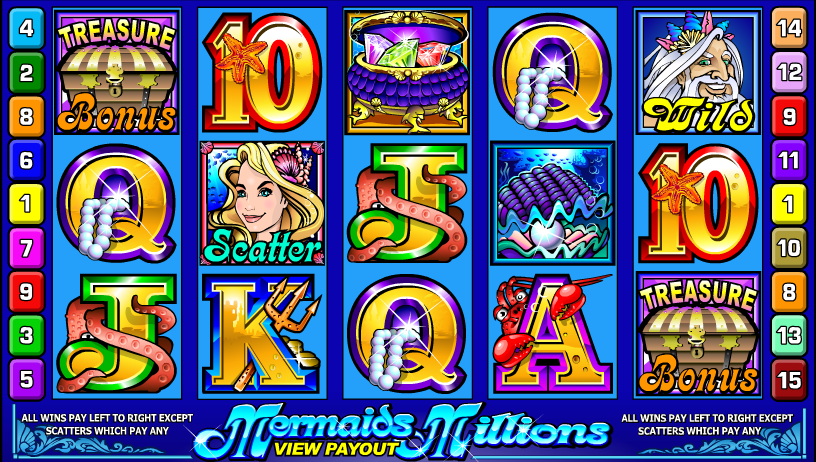 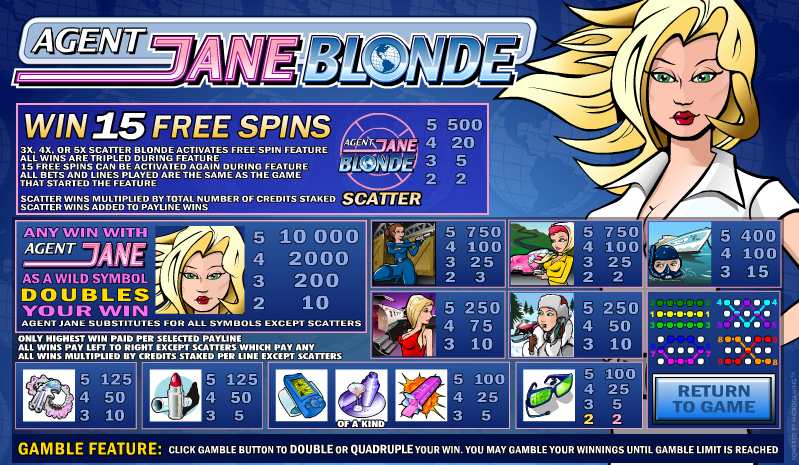 We’re reviewing one of our old favourites in this post and as the title suggests that slot is Mermaids Millions, a classic from the Microgaming stable.  As you might expect it all takes place underwater and it’s all very aquatic and watery.  It’s also very fast-moving and with a couple of different bonus games.

So this online slot features five reels and just fifteen paylines; click the spin button and the reels spin at a dizzying speed, coming to a halt as swiftly as they started.  Everything about this game is bright and sparkly including the sound effects and even the standard playing card symbols are adorned with fishy objects.

The higher value symbols are represented by a seahorse, a pearl inside a clam and a container full of jewels; our mermaid is the scatter symbol, the male version (merman?) is the wild symbol and there’s a treasure chest which triggers the bonus game.

Everyone likes a load of free spins and Mermaids Millions comes up trumps in that regard; landing three, four or five of the mermaid scatter symbols will reward you with ten free spins and any wins you land will be multiplied by three.

This round can be re-triggered by landing three or more scatters within the bonus game.

This is the game’s secondary bonus and to trigger it you’ll need to land three, four or five of the treasure chest bonus symbols on an active payline.  You’ll then be taken to an underwater setting containing a range of objects from which you can choose three, each will reveal a cash prize.

The goods news is that you can trigger the Treasure Bonus from within the Free Spins round and you can see this happen if you check out the gameplay video below.

It’s an oldie but a goodie and it’s no surprise that it remains one of Microgaming’s most popular game’s despite it’s veteran status.  Give it a try to find out why!