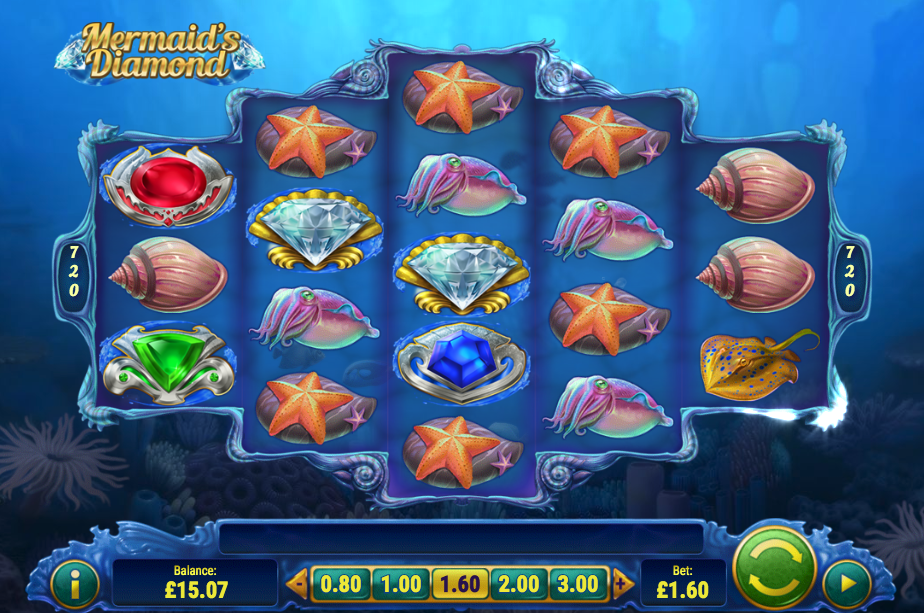 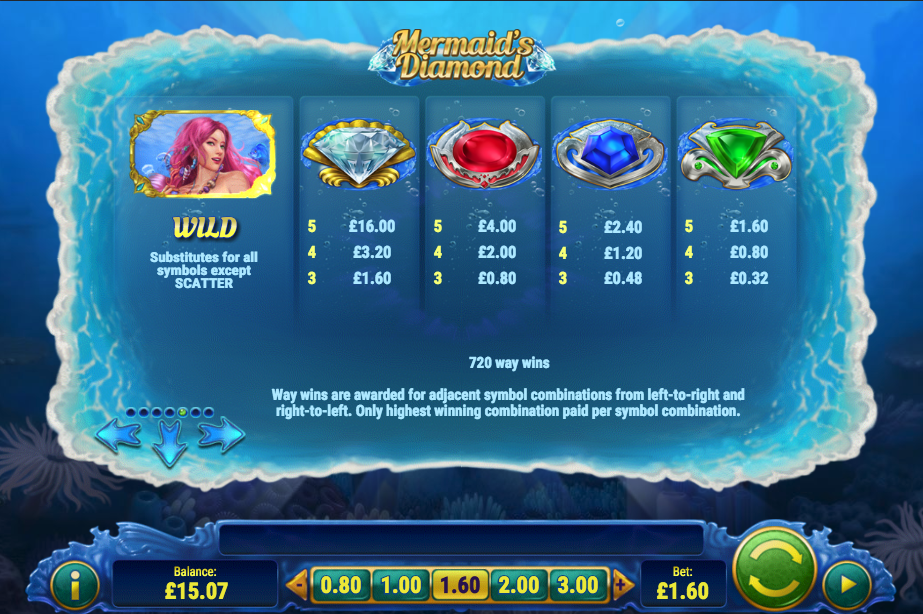 A journey to the bottom of the sea is a familiar one for fans of online slot machines and here we have one more chance to dive to the depths; this game is called Mermaid’s Diamond, it’s from the development studios of Play N Go and it offers several fishy bonus features.

Mermaid’s Diamond is a five reel slot with variable rows and 720 ways to win which means that winning combos can be formed as long as there are matching symbols in adjacent rows starting from the left or right hand side.

The higher value symbols include a diamond along with red, blue and green gems; lower values are represented by a flatfish, a starfish, a squid and a shell.

The red-haired mermaid is wild and she will substitute for all others to form winning combos except for the treasure chest scatter icon.

This is triggered by landing five of the treasure chest scatter symbols anywhere in view and you will now be asked to click each chest in turn to reveal a number of free spins – up to 25 in total. If you land only four chests on the reels on a non-winning spin in the base game there’s a chance of experiencing Divine Intervention in which a fifth chest will appear and trigger the spins.

When the spins are underway any diamonds landing will be collected – when you have five at least one reel will become completely wild until the spins end.

During the base game and free spins one or two wild symbols may be added to the wilds to help you out with some bigger wins.

Mermaid’s Diamond is a solid addition to the massed shoals of ocean-themed slots and it’s certainly up to the high standards previously set by Play N Go; there’s plenty of action on the reels, some nice features and an RTP of 94.45%.