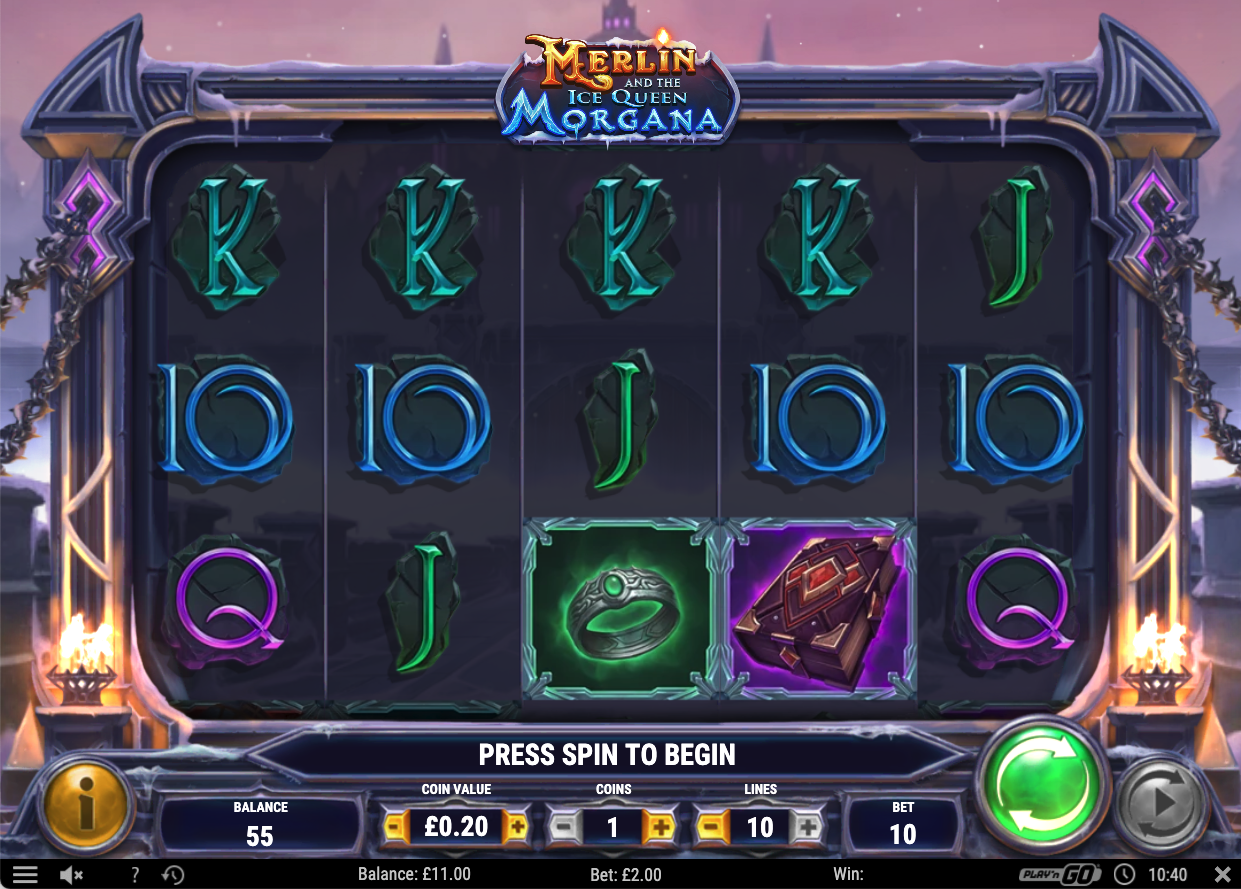 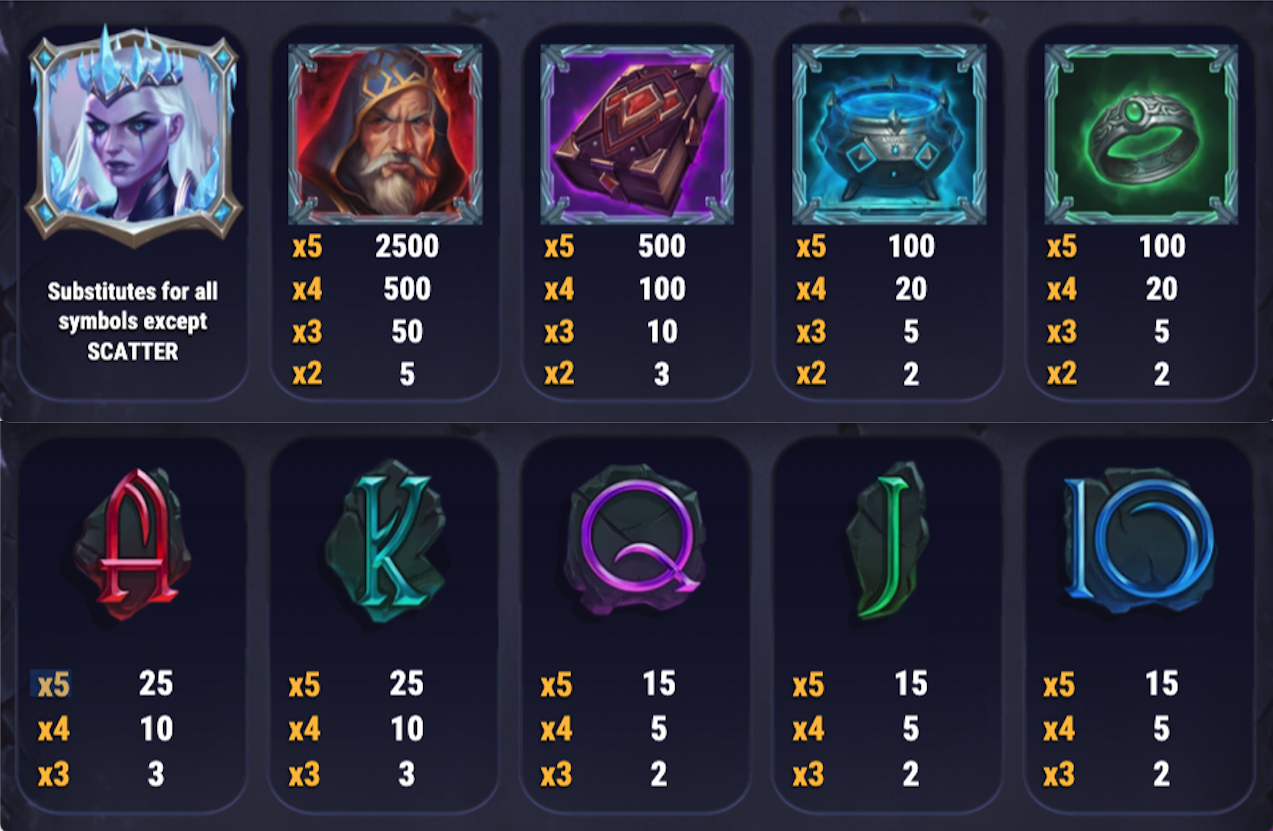 The legendary universe of King Arthur has inspired more than a few online slot machines and this one from Play N Go adds to the genre with Merlin and the Ice Queen Morgana – it’s an atmospheric game which delves into the lives of the two protagonists and it offers players multiplier wins up to 8x and free spins with expanding symbols.

It’s chilly and snow-covered in this version of the story and the chained reels spin on the turrets of some unnamed castle with a backdrop of treetops and mountains. There are up to ten paylines but you can play with as little as one if you wish.

The high value symbols include Merlin, his spell book, a cauldron of blue liquid and a jade ring; 10, J, Q, K and A make up the lower values. Morgana is wild while the flaming staff is also a wild and the scatter symbol.

The wild Morgana can appear stacked on the reels and when she fills all positions she’ll apply a multiplier to any wins she helps with of up to 8x.

Landing at least three of the flaming staff wild/scatter symbols anywhere in view will award an initial ten free spins with ten more available if you can grab ten more when the feature starts. One symbol will be selected before the round starts and this will expand if enough appear on the reels to create a win – they don’t need to be on adjacent reels to create a combo. The stacked Morgana can help with these expanding wins.