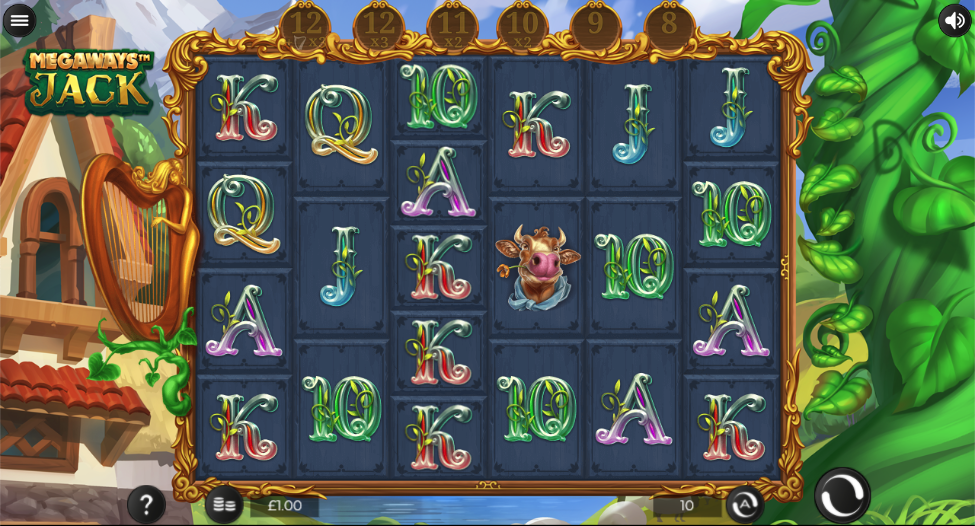 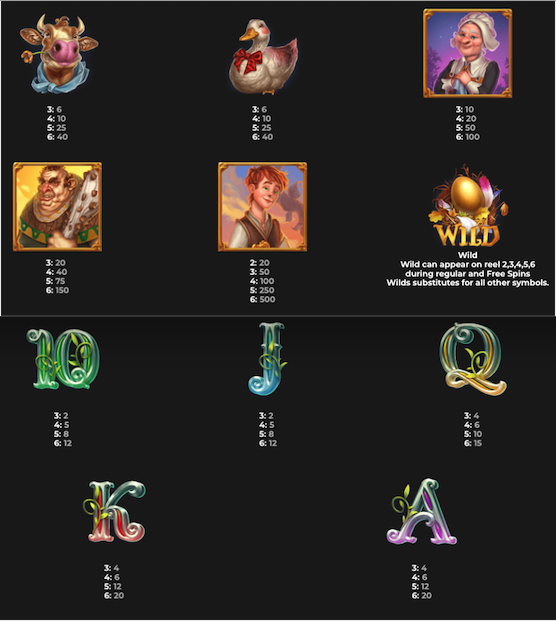 The fantasy tale involving Jack and his discovery of some magic beans has inspired several online slot over the years and here we have one more to add to that list – it’s called Megaways Jack, it’s developed by Iron Dog Studios and as the name suggests it comes with Big Time Gaming’s Megaways payline structure in which more than one hundred thousand paylines can be in use.

Megaways Jack is a six reel slot and each of those reels can contain up to seven positions meaning that a grand total of 117,649 ways to win are possible with all reels maxed out; the famous beanstalk stands to the right of those reels  and this giant plant is the key to the main feature.

The theme-related symbols include Jack, the giant, Jack’s mum, the goose and the cow; 10, J, Q, K and A represent the lower values. The golden egg is wild, it can appear on all reels except reel one and it will replace all standard symbols. The magic beans the harp are the special symbols.

Each symbol in a winning combo will disappear and be replaced by more falling in from above – more wins can then be formed to continue the process. There’s a greater chance of special symbols appearing the more collapses are formed.

Collecting beans in the base will allow you to climb the leaves on the beanstalk to trigger the feature; you’ll need to climb at least eight leaves but each bean can be worth up to three steps/leaves. These are the rewards:

Creating four successful tumbles during a spin in this round will award two extra free spins – each tumble beyond the four will award one extra. Any reel which contains seven rows when it lands will have seven rows for the rest of the round.

Landing the Harp in the base game or free spins will award one of the following extra bonuses:

Megaways Jack is a very enjoyable slot from Iron Dog and it combines the vast number of paylines which some clever themed bonus features to keep the gameplay and payouts ticking along nicely.