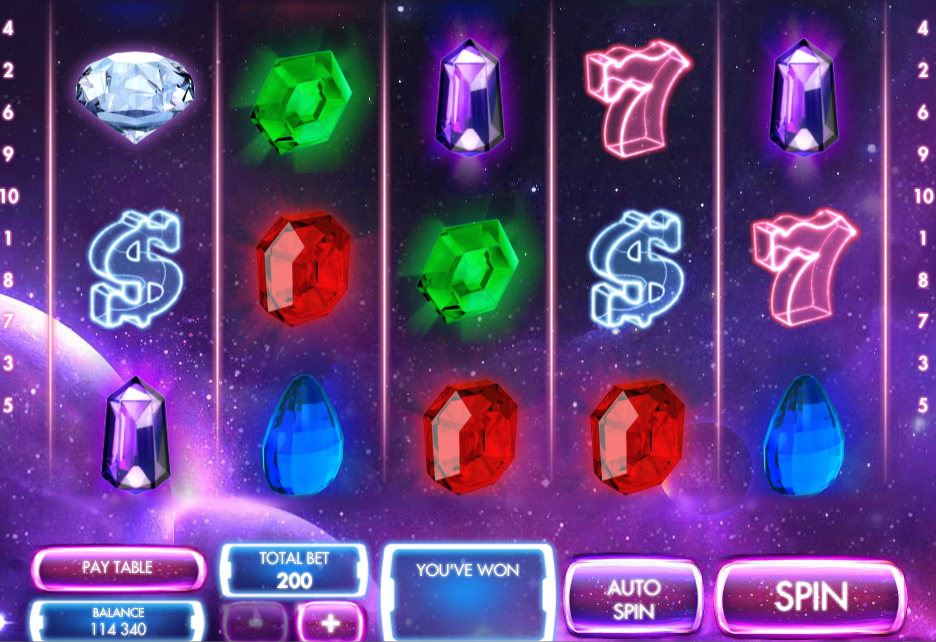 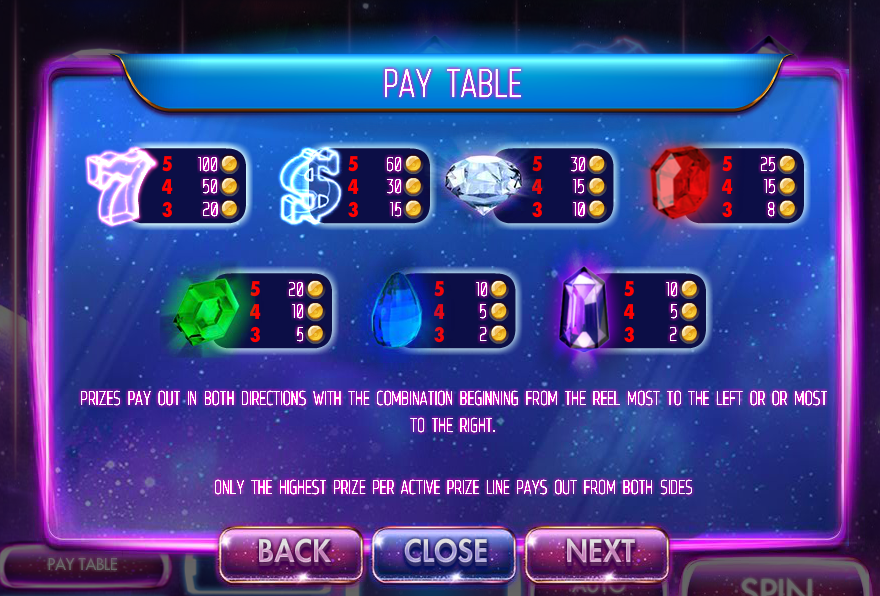 A trip into the airless void of outer space is a familiar one of fans of online slots and we’ve played and reviewed many games with a sci-fi theme in the past. There is of course always room for one more though and here we have a classy new game from Red Rake Gaming – it’s called Mega Stellar and you can read all about it below.

Mega Stellar is a five reel slot with three rows and ten fixed paylines; those reels are transparent and through them we have a purple-hued vista of dangerously-close planets and thousands of stars.

There are seven sparkly symbols on show here including sevens, dollar signs and five gems of different colours – white, red, green, blue and purple. The seven is the most valuable and worth 100x your line stake for five on an active payline. In this game winning combos can be formed from right to left as well left to right.

The wild symbol is called the Mega Stellar Wild and it could be a spacecraft of some sort, glowing yellow in the centre. It’s also the key to the main feature.

This feature occurs in the base game whenever a wild symbol lands on reels two, three and four; it will expand to fill all positions on that reel and then you will receive one free respin, after which the payout will be evaluated.

A maximum of three respins can be won here by landing more wilds as the round progresses.

Mega Stellar is a nice addition to the ranks of science fiction-themed online slots and the feature occurs regularly to keep things interesting. There’s a smooth alien soundtrack to accompany your gameplay.