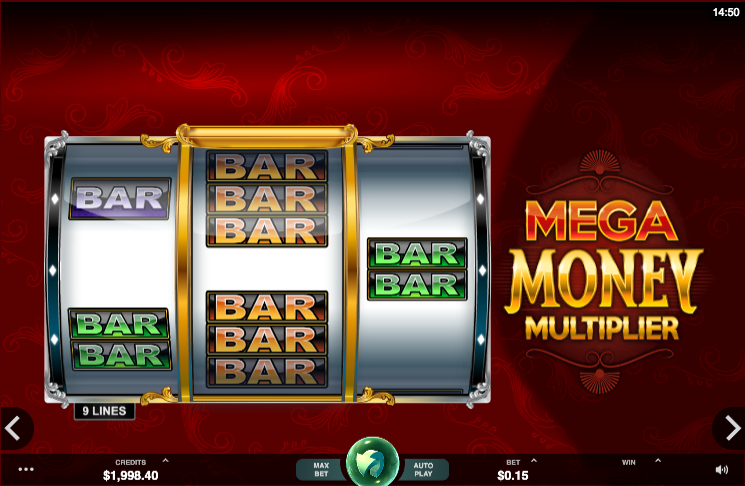 According to Microgaming  three reel slots are back in fashion, hence the reason for this upcoming game with a traditional theme and some classic good looks. The name of this game is Mega Money Multiplier and while it looks quite basic it comes with multiplier feature which could prove profitable.

Mega Money Multiplier is a three reel slot with three rows and nine fixed paylines; ‘elegant’ is probably an appropriate word to describe the design of this slot with the reels spinning within an ornate silver and gold frame and the backdrop consisting of a deep red patterned surface.

There are only five standard symbols and as you would expect they are of a traditional nature and include red sevens, purple seven/bar combos, triple, double and single bars.

Any mix of bars or any any mix of sevens will also payout smaller prizes so you’ll see lots of small wins here.

There are four different wild symbols which each come with their own multiplier values (2x, 3x, 4x and 5x) and they only appear on the centre reel, except for 2x wild which can appear anywhere. They activate a feature which is described in a bit more detail below. 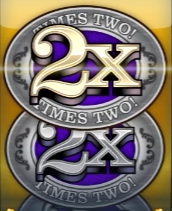 This is triggered whenever two or more wild symbols appear on reel three; that reel will freeze and you’ll be awarded one free respin with any wins multiplied by the reel two value.

If any more wilds land on reels one or three on the respin then the total win will be multiplied by both values.

Mega Money Multiplier is a pretty classy slot with some smooth looks and regular small wins to keep the action ticking over; the bonus feature can be quite rewarding if the wilds fall in your favour. This game comes with an RTP of exactly 96.00%.