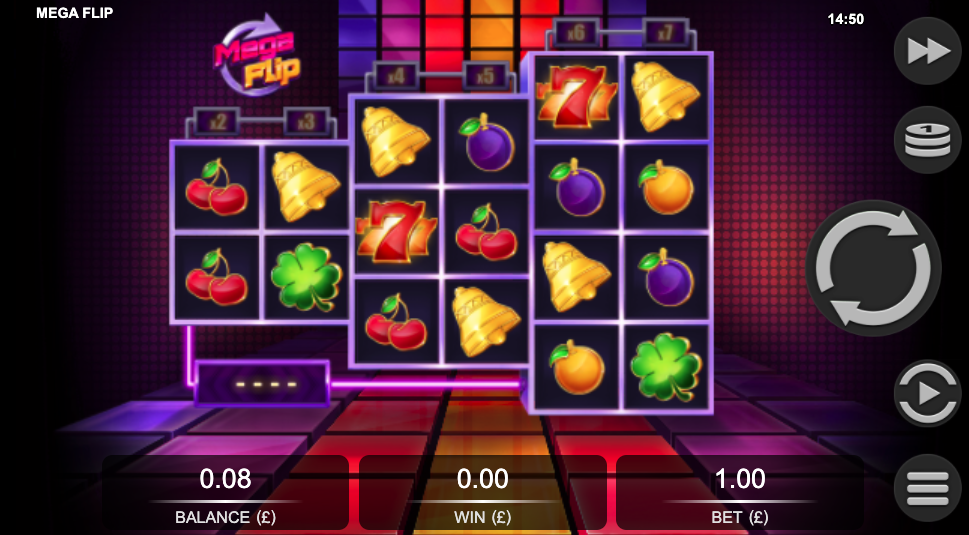 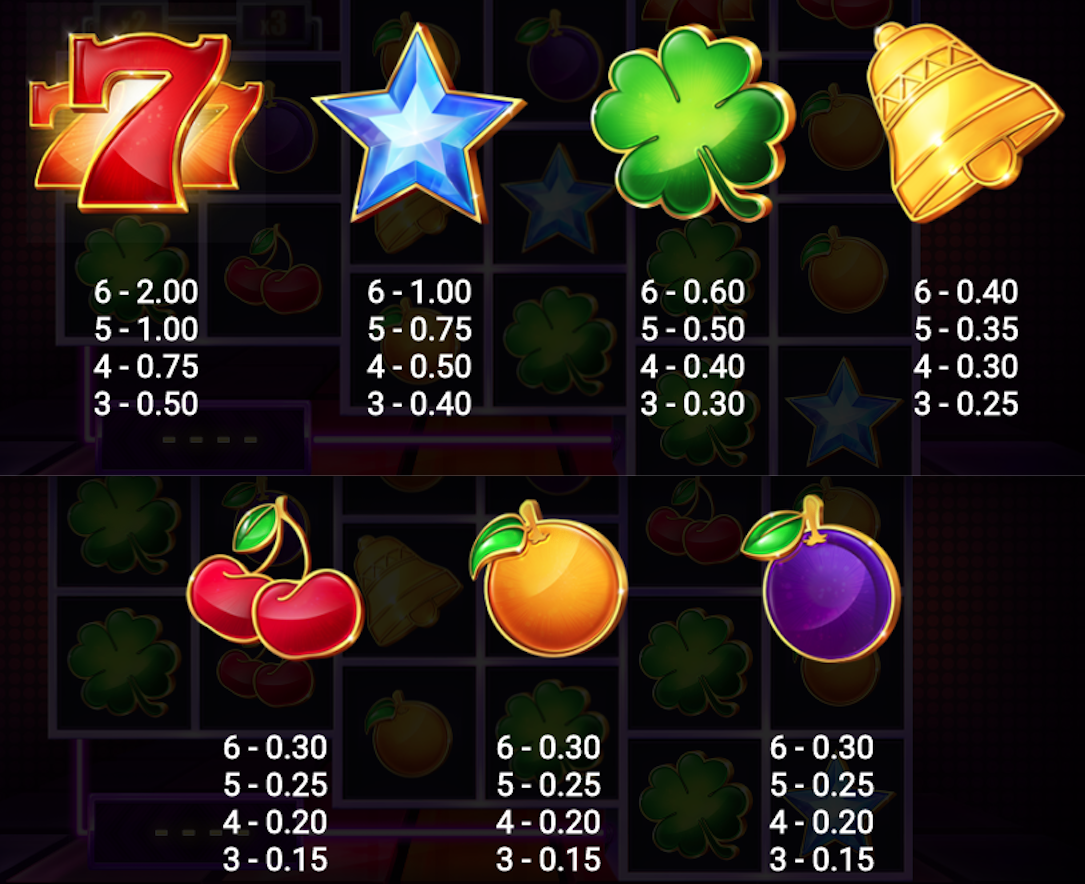 There’s a fruity, retro vibe to this online slot machine from Relax Gaming which may intrigue players with its interesting reel set-up; it’s called Mega Flip and it also offers us respins with locked symbols, free spins and extra multipliers.

Mega Flip is a six reel slot with variable rows and it’s played out on the reel set shown above; it could be set in a 1990s discotheque in which the walls and floors are formed from lit squares while chilled house music accompanies the gameplay.

High value symbols include the red sevens, blue stars, green four leaf clovers and golden bells; lower values are the cherries, oranges and plums. There are no wild or symbols in Mega Flip but the scatter is the diamond.

You may have noticed the little box beneath the reels which displays either ‘Re-Spin’ or nothing – if you can land a win when it says Re-Spin then this feature will kick in. Those winning symbols will lock in place and the reels will spin again with any adding to that combo also locking and triggering another spin. This continues until the combo grows no more. If a reel fills up, the multiplier value above it will applied to the win – this must be done from left to right.

Landing three of the diamond scatter symbols anywhere in view will award eight free spins with two more for each extra diamond; the reels will now flip horizontally so reels one and two contain four rows, reels three and four contain three rows and reels five and six have two rows. 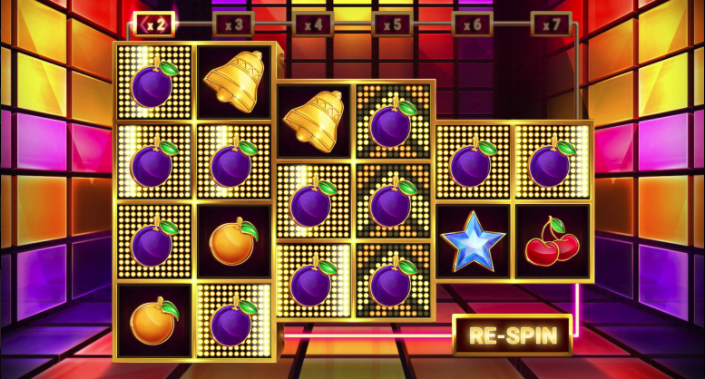 The Repin feature is active all the time so any wins will trigger the locking and respinning bonus. Any full columns of locked symbols will increase the multiplier on that reel, landing three more diamonds will award four extra spins plus two more for each additional diamond and with each feature retrigger the all multiplier values increase by 1x.

We like to see something innovative and Mega Flip certainly provides that with its reel set up and horizontal flip in the free spins; you’ll find that the Respins feature triggers pretty regularly in the base game which ensures regular payouts.