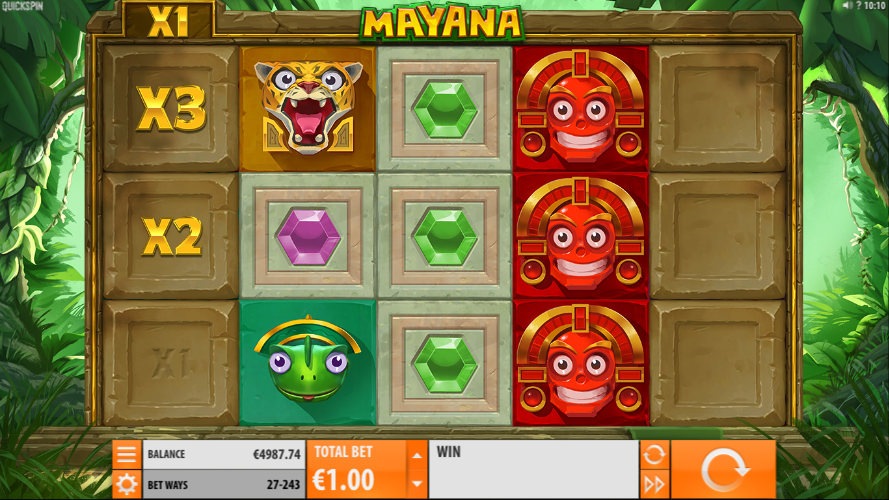 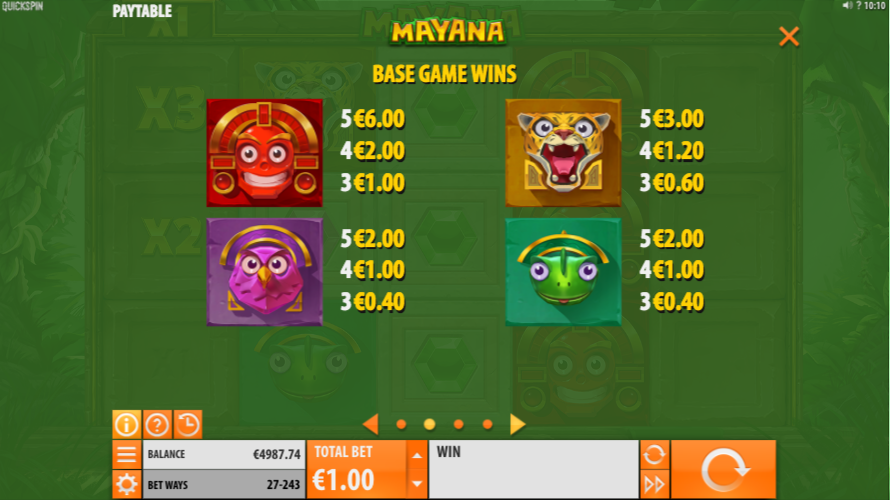 The Mayan civilisation lasted for almost 4000 years until the Spanish took an interest in their belongings but they surely would have been delighted to find out that there are a number of online slot machines based on their gods and architecture; we’ve got one here, it’s developed by Quickspin and it’s called Mayana.

Mayana is a slot which varies between three and five reels and between twenty seven and two hundred and forty three paylines and we’ll explain why a bit further down. The symbols spin on large stone blocks against a backdrop of dense, steamy jungle.

There are no wild or bonus features in Mayana, it’s all about the gameplay mechanic which you can discover below.

When you start playing this game you’ll be faced with a 3×3 reel set with just twenty seven paylines but the fun starts when you land a win; those symbols involved in the win will remain in place, there’ll be a payout and then there’ll be a free respin with the lower two blocks removed. If you land additional matching symbols on the next spin the process will continue with more blocks removed and a multiplier for any more wins as the graphic below shows.

When there are no more extra matching symbols landing the reels reset to their starting position.

If all blocks are cleared the final spin will award a multiplier of between 4x and 20x as a last hurrah.

The gameplay mechanic in Mayana is something we’ve encountered variations of before but it’s cleverly done here although you can wait a fair number of spins before seeing any action; it’s a good looking slot and we’d recommend it for the more patient players.