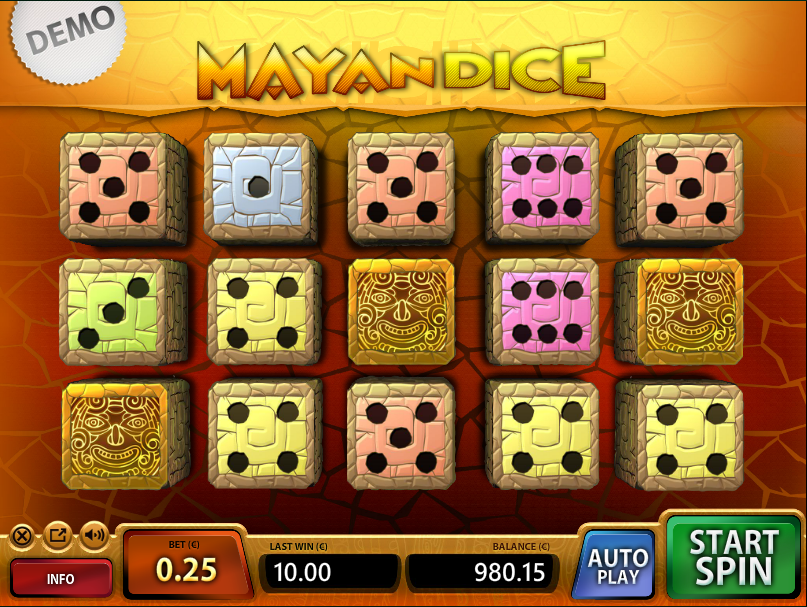 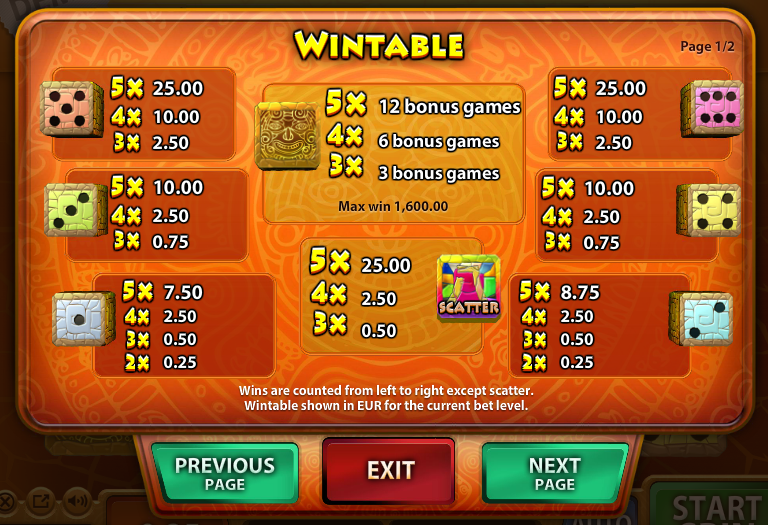 Did the Mayans play dice? Well there’s certainly some evidence to suggest that they did and so an online slot machine with this particular theme is entirely justified; Mayan Dice is a game developed by Air Dice with some smooth looks and bonus features so read on to find out how it works.

Mayan Dice is a five reel slot with three rows and just five paylines; dry, cracked earth forms the backdrop to the reels which spin in an interesting way – each symbol is a dice which spins on it’s own axis to determine the outcome and it’s a clever way to initiate the gameplay.

All the symbols are dice and the standard ones are numbered one to six and come in varying colours from low to high – light blue, yellow, peach and pink.

There’s no wild but there’s a bonus symbol represented by a dice inlaid with a golden mask and it’s the key to the main feature; there’s also a multicolour scatter dice which will payout for at least three anywhere in view.

This is triggered by landing three, four or five of the golden mask dice bonus icons on a payline starting from the left hand side and for this you will receive 3, 6 or 12 attempts in the next stage.

In this next bit you are shown three cups containing a total of up to 18 gems and three upside-down cups; all you have to do is estimate whether the upturned cups contain more or less than the total gems shown. If you’re correct you win a cash prize and continue.

Mayan Dice looks great but perhaps lacks a little bit in terms of creativity in the bonus features; it’s the type of game to set the Autoplay and watch the action unfold as you relax with a Tanqueray and tonic.