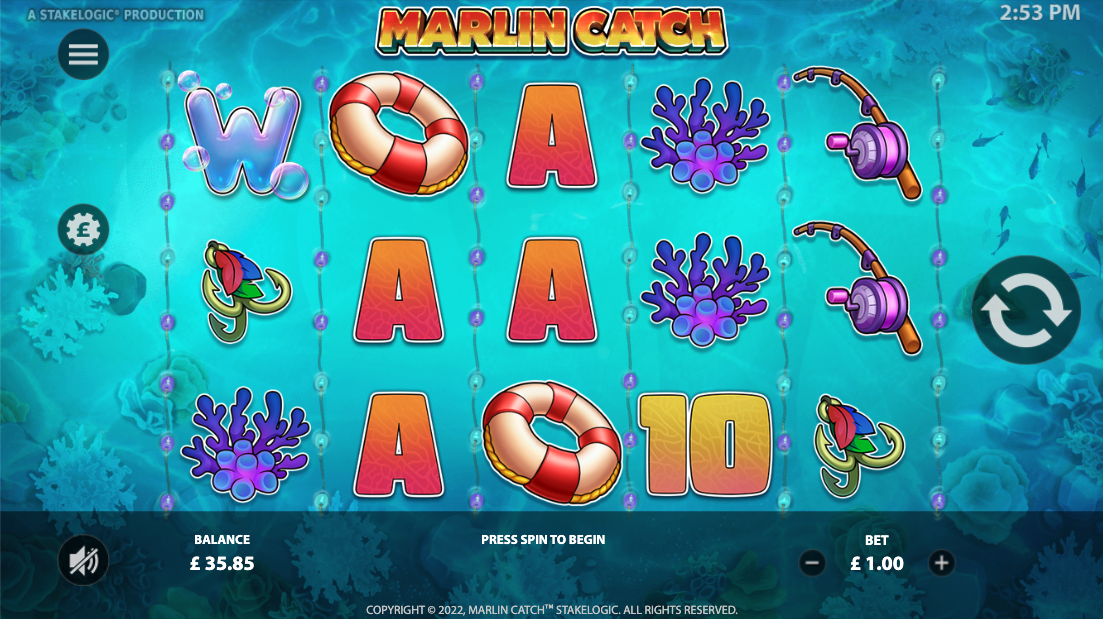 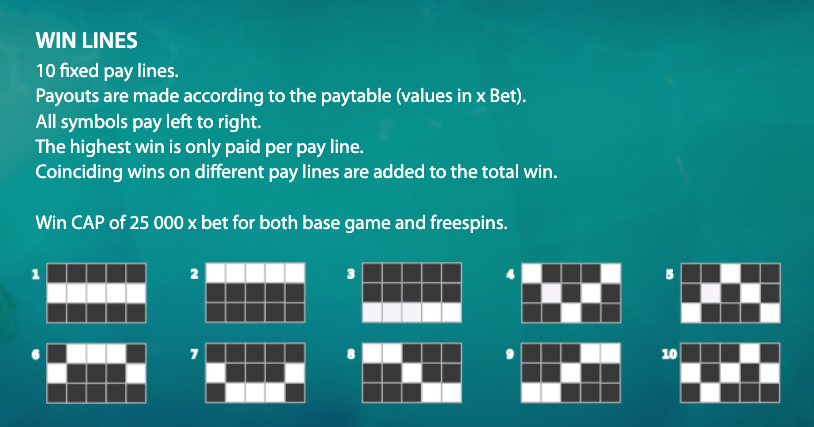 The hunt for subaqueous big game is the order of the day for anyone trying out this fishing-themed online slot from Stakelogic – it’s called Marlin Catch and beneath those clear waters there are stacked wilds and free spins with multiplier wins.

Marlin Catch actually takes place above the surface of the blue sea and we’re looking down through the shimmering water as the occasional tasty Marlin cuts through the brine. There are five reels and ten paylines of fishy goodness to enjoy.

High value symbols include the lifebuoy, the purple plant, the fishing rod and the hook; 10, J, Q, K and A make up the lower values. All symbols along with the ‘W’ wild can appear stacked and the scatter is the Marlin.

Landing three, four or five of the Marlin scatter symbols anywhere in view will award 10, 15 or 20 free spins respectively; look out for wilds during these spins because when they land they’ll lock in place for the next spin also. If a wild lands on that next spin then the first wild will increase its multiplier value by 1x and this can continue up to a maximum of 7x; when no wilds land then all previous wilds will lose 1x and when this reaches nil the wild disappears.

You’ll also notice during this feature that there’s a progress bar above the reels and these positions are filled by collecting the fisherman symbols: