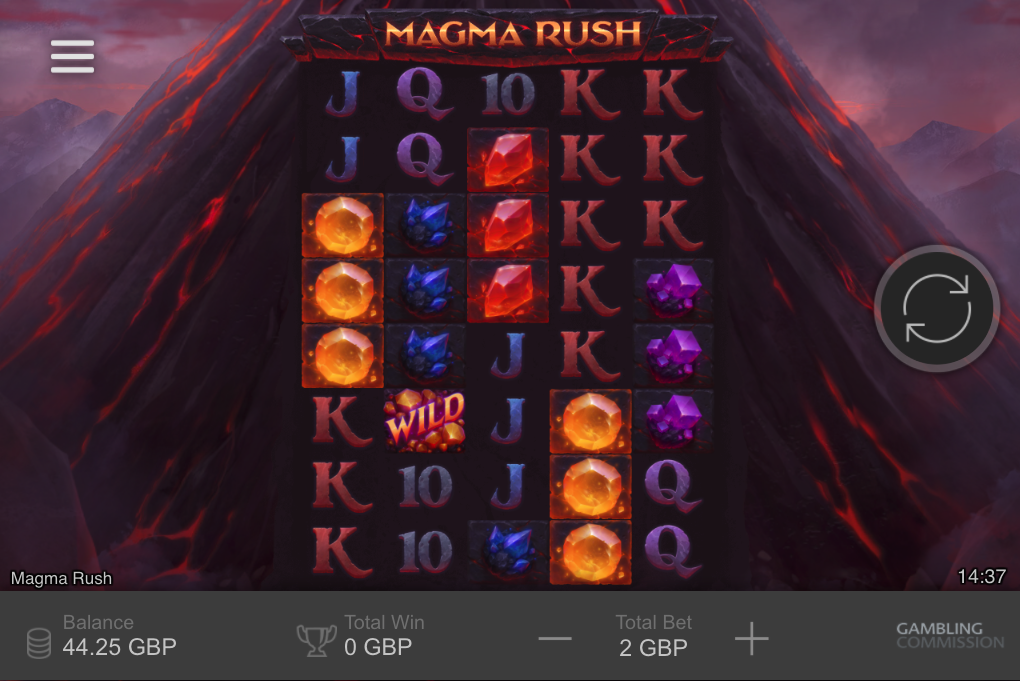 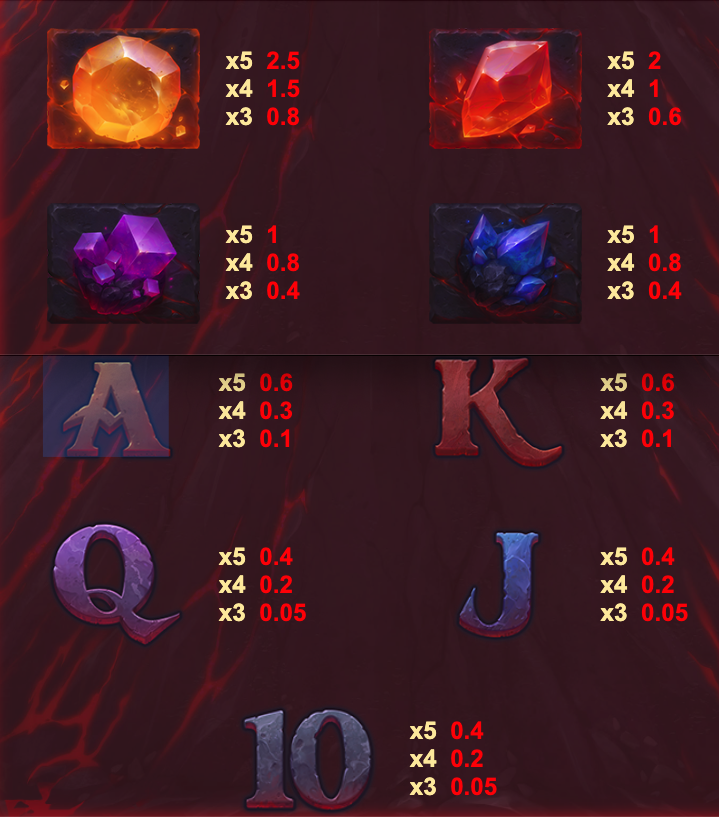 The excitement and danger of lava erupting from a live volcano is something most people will thankfully never experience but there’s another way to grab a bit of that adrenaline – try out an online slot such as Magma Rush! To be clear a game can’t replicate the real thing but Bet365 Originals have developed something which offers players plenty of themed bonus features such as free spins, the Magma Blast and the Magma Flow.

The five reels and one hundred paylines of Magma Rush spin again the majestic backdrop of the erupting volcano on the sides of which streams of lava follow gravity to the bottom; black smoke rising from the landscape and brooding music set the scene for this environmental disaster.

The four higher value symbols are colourful crystals not often associated with volcanoes while the lower values are the standard 10, J, Q, K and A; the rocky ‘Wild’ is wild and the stony ‘Free Spins’ is the scatter symbol.

You’ll need to land at least two Free Spin symbols anywhere I view to kick this feature off but when that happens you’ll get five free spins per scatter symbol with a maximum of fifty available. It’s not possible to win any more spins from within this feature but each spin will include one of the random modifiers listed below.

This occurs at random in the base game and free spins and the volcano will blast two of three large 2×2 or 3×3 blocks onto the reels which will then transform into matching symbols.

This can also occur in the base game and free spins and the erupting volcano will send lava to cover up to five reels, subsequently transforming them all into matching symbols.