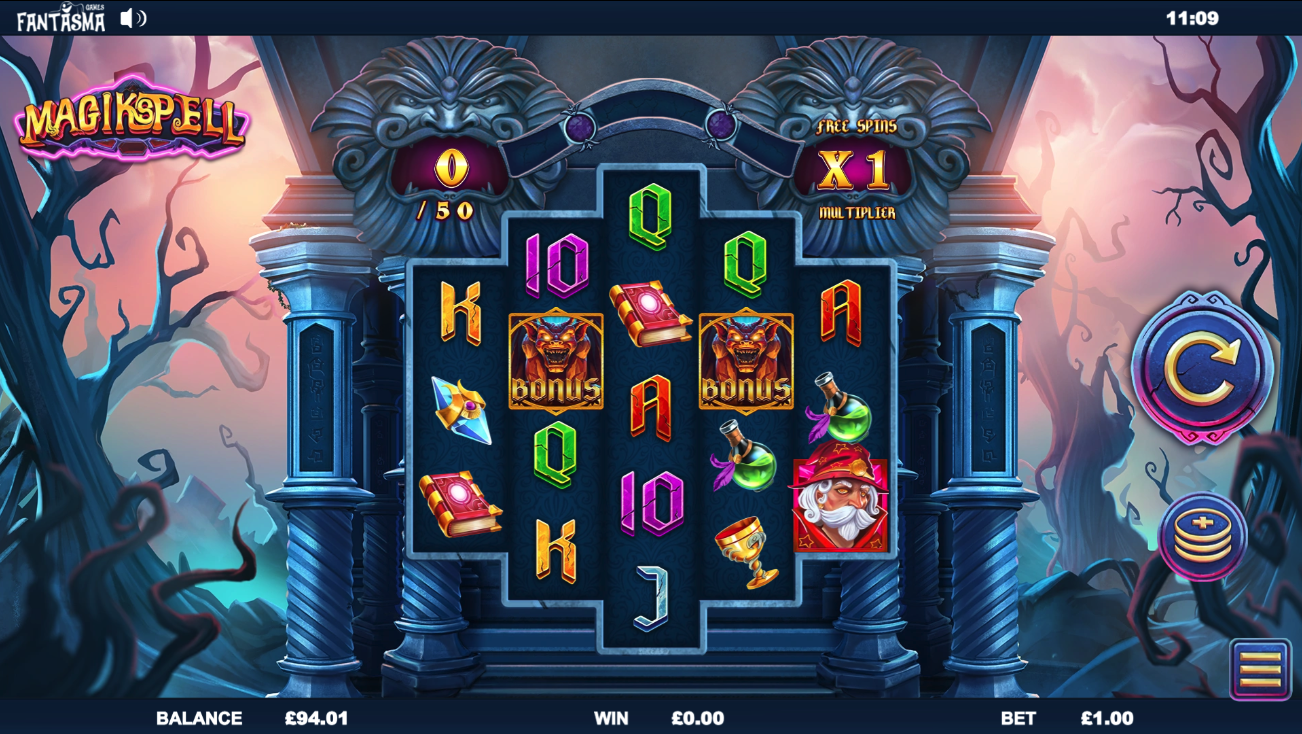 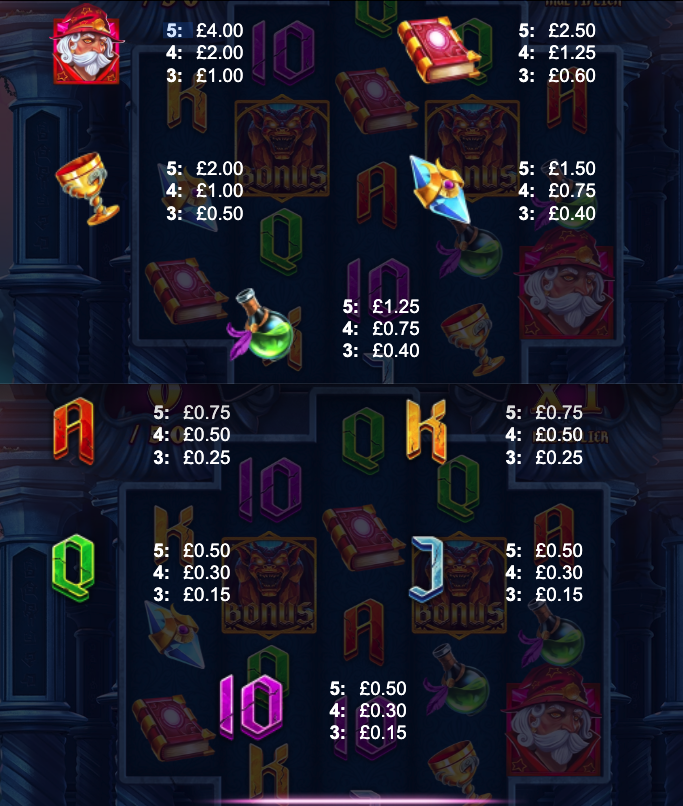 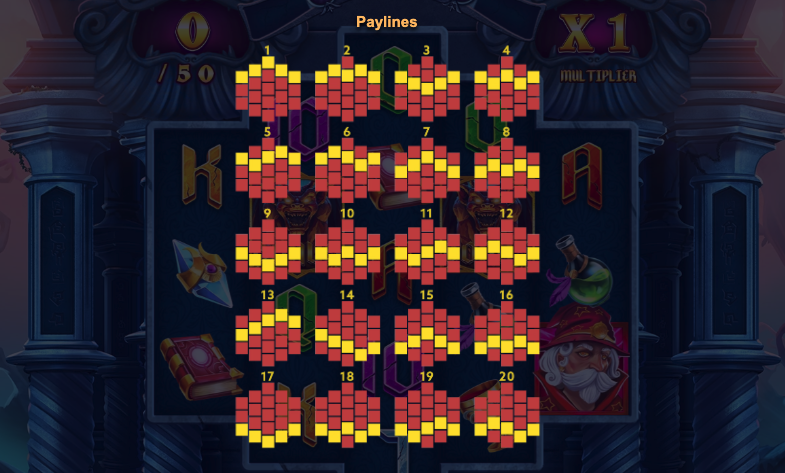 There’s magic afoot in a very strange land if you fancy a few spins on this online slot from Fantasia Games – it’s called Magikspell and from £0.20 per spin it tempts players with wild features, free spins and the Magic Meter.

Magikspell is a five reel slot laid out in a 3-4-5-4-3 arrangement and there are twenty fixed paylines to enjoy; there’s a spooky backdrop of dead trees and a barren landscape dimly lit by sunlight struggling through the murky haze.

High value symbols include the magician, the spell book, the golden cup, the jewel and the vial of odd liquid; 10, J, Q, K and A are the lower values. The golden symbol is wild and the special symbols are the glowing gargoyle and purple gem.

Whenever a purple gem lands on the reels it leaves a Magik Ring behind on that position – this position will become wild on the next spin along with all adjacent reel positions.

Sometimes the purple gem will turn gold and this will create a wild position on the next spin without the adjacent positions becoming wild also.

Purple gems also increment the Magik Meter and once 50 have been collected between three and eight Magic Rings will be added to the reels; collecting 100 will do the same thing and when 150 have been collected the free spins multiplier begins to increase, starting at 1x and ending up at 250x.

Landing three of the gargoyle bonus symbols anywhere on reels two, three and four will award an initial three free spins and all Magik and Golden Rings in place will turn into prize gems, displaying a cash value of between 0.5x and 50x the stake.

This round now becomes a respin feature in which any new prize gems landing will also lock in place and reset the spins to three again. Filling a reel with gems will remove all them, collect the prizes and continue.