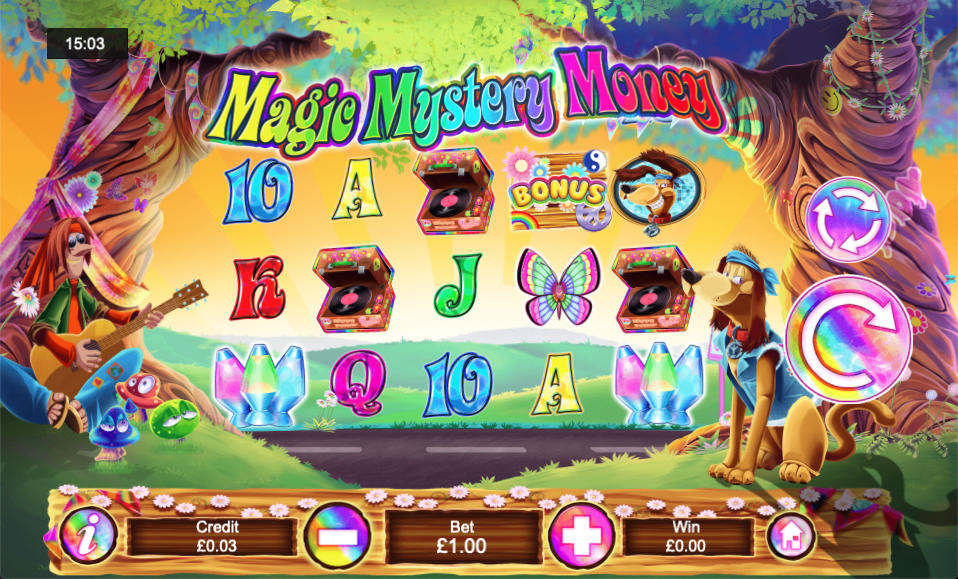 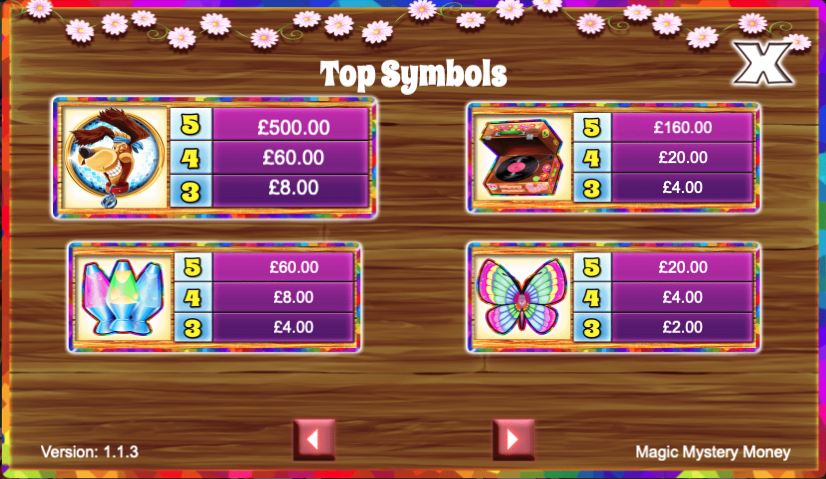 There’s a touch of Scooby Doo about this online slot from Leander Games and even the title – Magic Mystery Money – seems to reference The Mystery Machine from that popular 1970s cartoon; anyway there are four separate bonus features to enjoy so keep reading to find out more.

Magic Mystery Money is a five reel slot with three rows and two hundred and forty three ways to win; for want of some names we’ll call the characters lounging beside the reels Shaggy and Scooby and they seem happy enough to watch the symbols spin.

High value symbols here include Scooby, a record players, some lava lamps and a tye-died butterfly; 10, J, Q, K and A make up the lower values.

The wild sill replace all other standard symbols to help form winning combinations; the hippie-style symbol is the bonus icon.

Landing three of the bonus symbols anywhere on reels two, three and four will award one of the following four features:

In addition the characters may appear on a non-winning spin and rearrange the reels into a win.