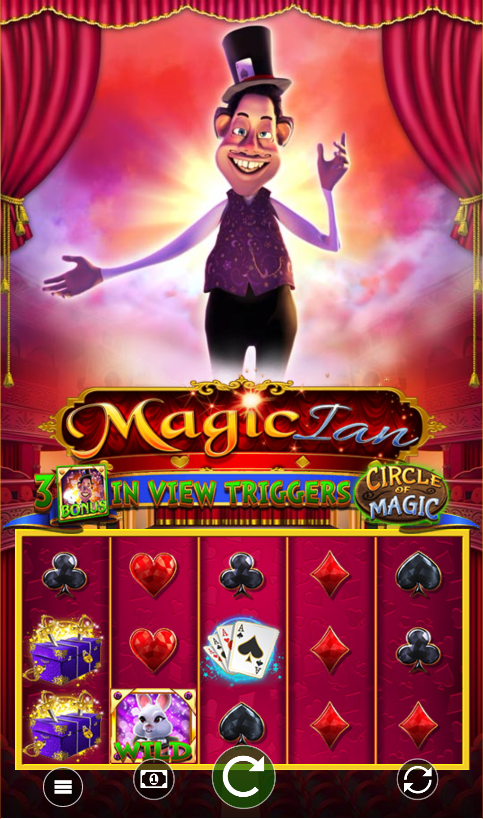 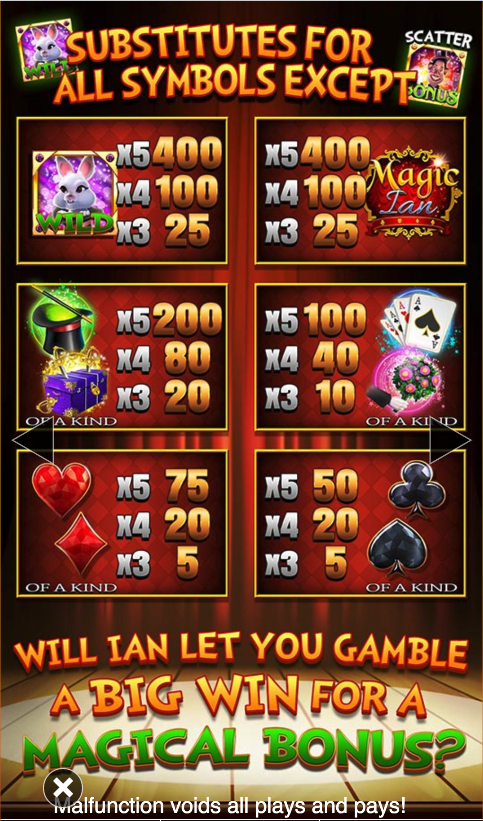 Ian may not be a name which conjures up images of mystery and illusion but add it on to the end of the word ‘Magic’ and you have the title of this online slot from Blueprint Gaming; Magic Ian is a conjuror with many extra features to hand out as well as expanding reels – find out how it works below.

Magic Ian is a five reel slow with three rows and up to fifty paylines; Ian dominates the area above the reels and this space will be used later as we discuss how the features work.

The high value symbols are a range of magical items including the game’s logo, a glowing top hat, a locked box, some playing cards and a bunch of flowers; playing card symbols represent the lower values.

A white rabbit is wild and it replace all others to help form winning matches except for the Ian bonus symbol. Various other wilds appear during the features.

This is triggered by landing three of the Ian bonus symbols anywhere on reels two, three and four; you’ll now get to pick cards which will upgrade aspects of the Wheel of Fortune or add features to it. When you find the card which says ‘Spin’, the wheel will spin to reveal one of the following features:

None of the free spins can be retriggered from within this round.

Any of the following mini-features can be awarded during a spin:

Magic Ian has an awful lot of features up his magic sleeve in this action packed slot which is colourful and entertaining as well; considering there are so many features, they don’t seem to hit too often but perhaps we were just unlucky. This game comes with an RTP of 95.86%.