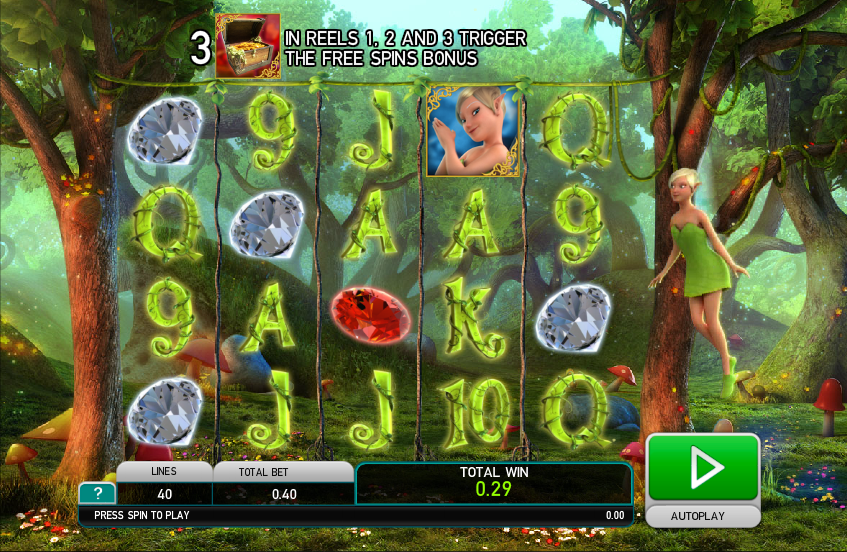 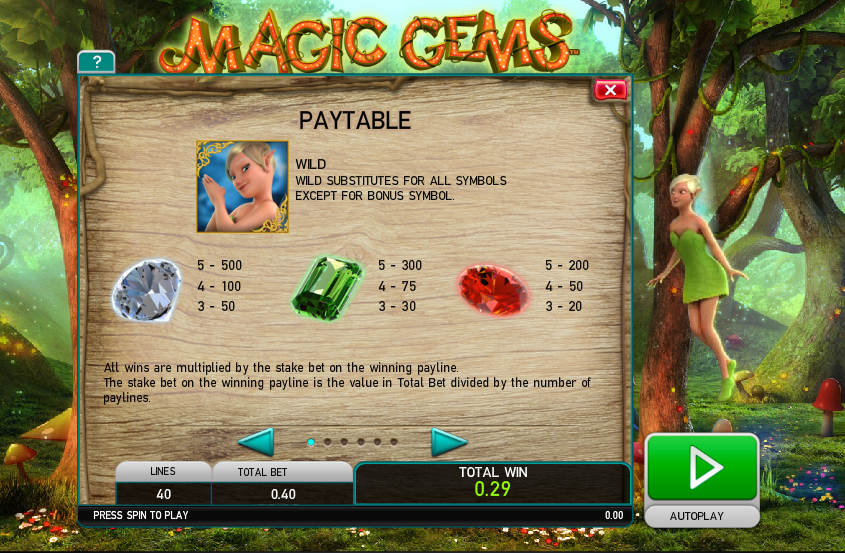 Deep in some mystical forest location there’s a cute little fairy dressed in green and blowing fairy dust around; she’s the main character in Magic Gems, a lovely-looking online slot developed by NextGen Gaming with some soothing sound effects and top notch graphics. There’s also a couple of bonus features to enjoy so read all about it in the review below.

Magic Gems s a five reel slot with three rows and forty fixed paylines; the reels spin within vines strung between two trees and the backdrop is a hazy magical vision of an enchanted forest. Our little fairy hovers to the right of the reels.

Three gems represent the high value symbol – white, green and red – while the lower values are the usual 9, 10, J, Q, K and A but designed with vines creeping around them.

The fairy is the wild symbols and she’ll substitute for all others except the bonus icon – that’s a treasure chest which appears only on reels one, two and three.

This is always one of our favourite features and it’s known by other developers as Rolling Reels or Collapsing Reels; essentially each time to land a winning combo in the base game or free spins, those symbols involved will disappear and be replaced by new symbols dropping in from above. New winning combos can be formed by this new arrangement and this process continues until there are no more wins.

This is triggered by landing three of the treasure chest scatter symbol anywhere on reels one, two and three; you will now be awarded ten free spins and during this round the wild fairy will remain in place through any Exploding Chains process, making it easier to match up symbols as they drop in from above.

Magic Gems is a really enjoyable game which offers lots of small wins via the Exploding Chains feature, especially during the free spins. There’s an RTP of 95.32% and this is a game well worth checking out.