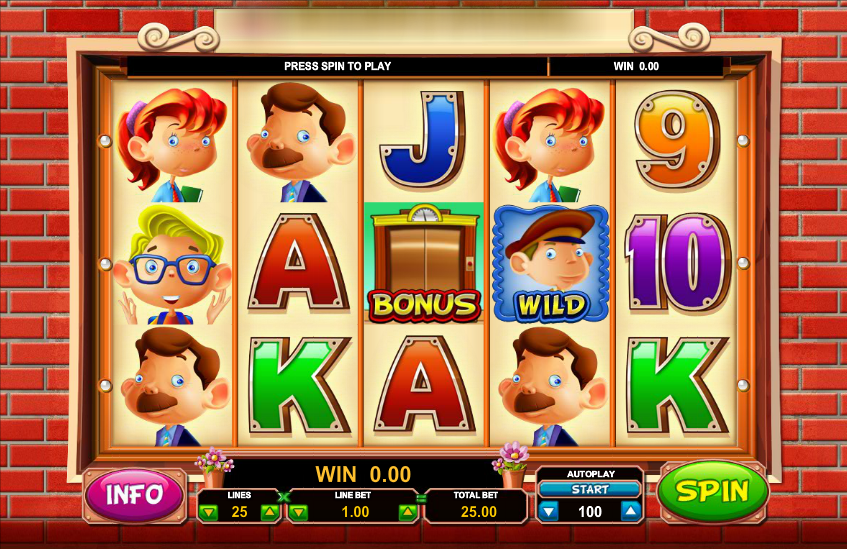 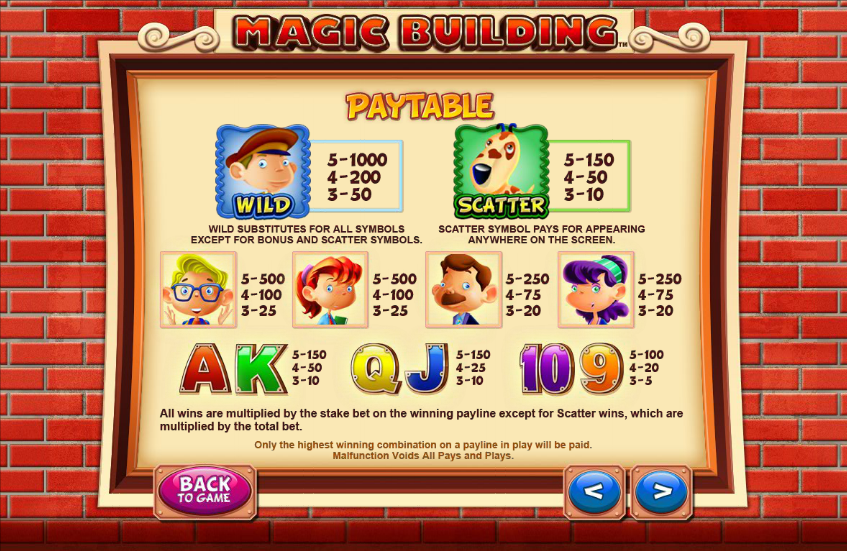 Somewhere on a nondescript street in some quiet town there’s a place the locals know as the Magic Building; coincidentally there’s also an online slot based on this structure with exactly the same name and it’s mostly based around lifts (or elevators for our transatlantic cousins). It’s developed by NextGen Gaming with some cartoonish looks and an creative bonus feature.

Magic Building is a five reel slot with three rows and up to twenty five paylines; those reels spin in a huge window which is built into a red brick wall. There are some nice mechanical sounds to accompany your gameplay and the noises are no impediment to your reel spinning fun.

The wild symbol is a chap wearing a cap and he’ll substitute for all others except the scatter – that’s a dog. The bonus/scatter symbol is the aforementioned lift and it activates the main feature.

This is triggered by landing three or more of the lift (elevator) scatter symbols anywhere in view for which you will receive:

During this round you will notice a lift placed to the left hand side of the reels; after each spin the doors will open to reveal a symbol which will match any active payline on the reels for an extra payout. This means you can make combos of six matching symbols and the prizes for these are listed in the paytable.

Magic Building just about passes muster with the addition of the extra feature during the free spins and it does look quite nice as well. It’s worth checking out and there’s an RTP of 94.98%.