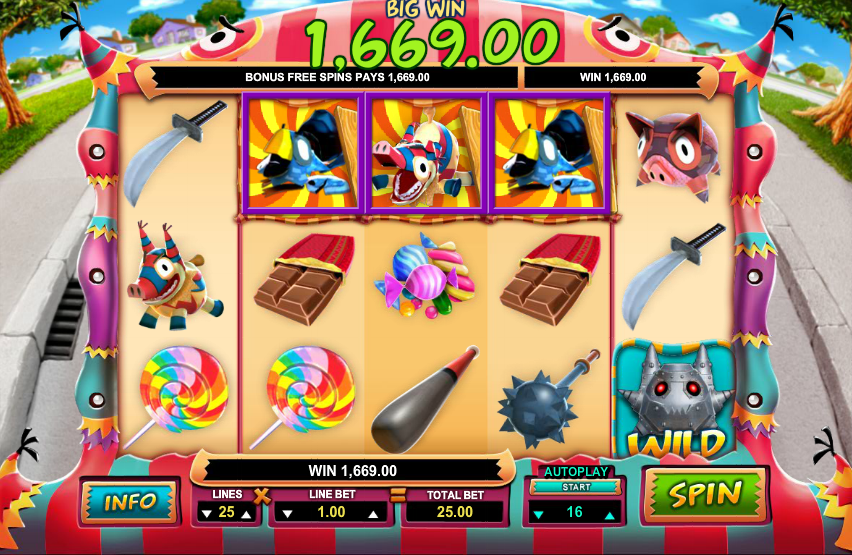 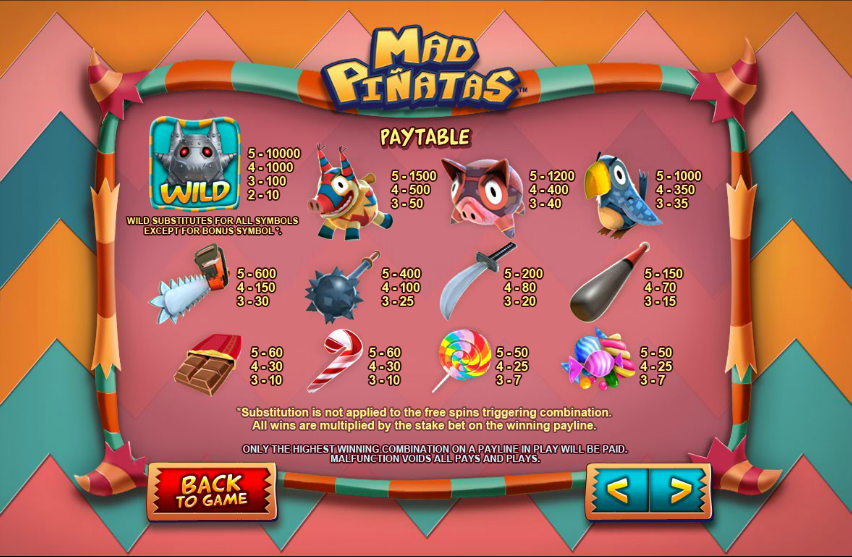 Piñatas have a long history dating back some 800 years in Europa and South America but these days we associate them mainly with Mexican celebrations. A piñata is smashed by a blindfolded partygoer in an attempt to free the goodies inside. Mad Piñata is an online slot from Leander Games which brings this colourful tradition to the reels and lots of fun it is too – read all about it below.

Mad Piñata is a five reel slot with three rows and up to twenty five paylines; the backdrop to the reels is a sunny suburban street, presumably the scene of the imminent party.

All the symbols are related to the theme and include three piñatas – a pig, a bird and a cow – a chainsaw, a mace, a sword, a club, chocolate and several sweet treats.

The wild symbol is a metal piñata which substitutes for all others except the bonus symbol which is a wooden crate.

This is triggered by landing three of the wooden crates on reels one, three and five and you will get to play a three stage picking game:

On the centre three reels you will notice three sticks – you can move these around on those three reels. If you can land any three piñatas on the same positions as those sticks they will all be smashed and the free spins triggered.

Mad Pinatas is certainly good fun and it seems reasonably easy to trigger the free spins at least for a lucrative bonus round. The graphics quality is high but you may want to reach for the mute button after a short while. There’s an RTP of 95.26%.