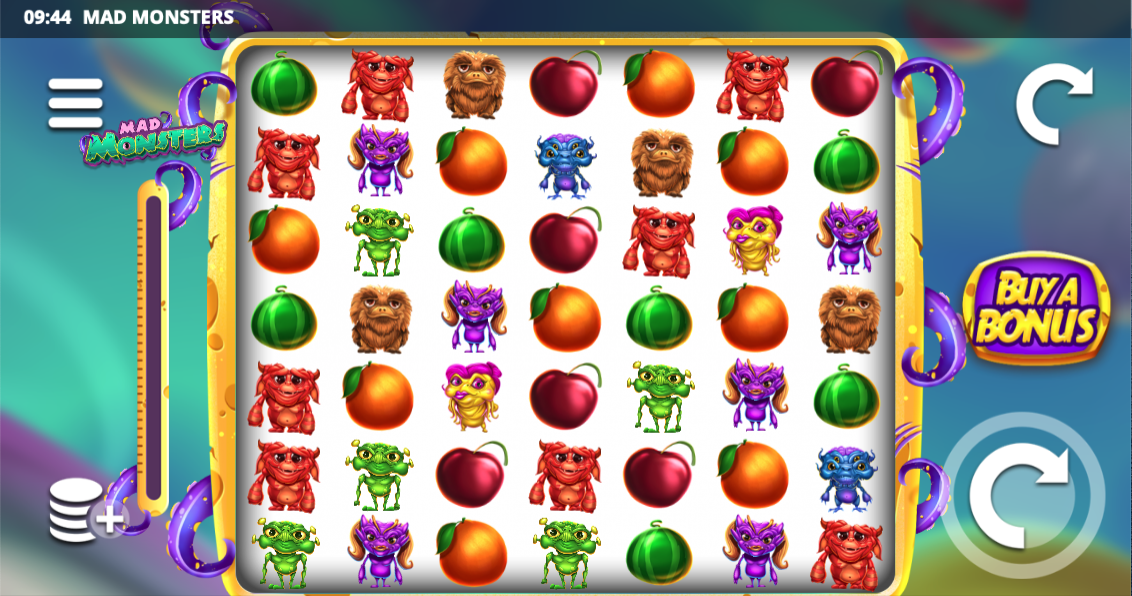 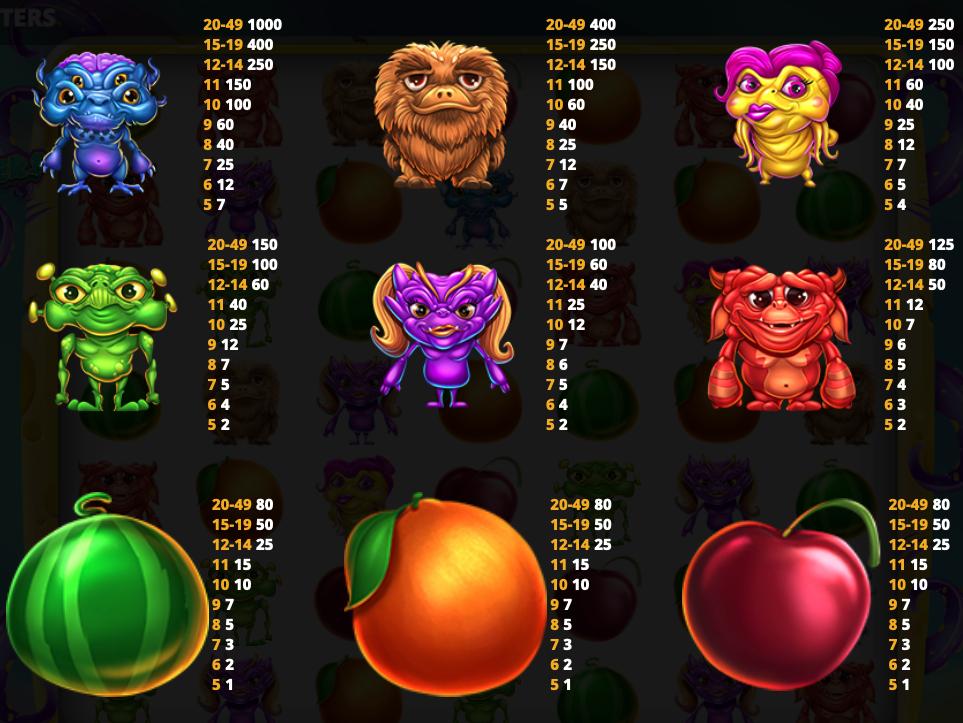 Monsters aren’t always angry but then that wouldn’t make for much of a theme for an online slot machine such as this – it’s called Mad Monsters, it’s developed by Leander Games and its arcade-style gameplay rewards players with cluster wins and six different free spin modes.

Mad Monsters plays out on the grid you can see above and your task is to land clusters of ay least five matching monsters connected vertically and/or horizontally. Those symbols involved will then disappear and be replaced by more falling in from above, continuing the process.

Purple tentacles are visible around the reels and there’s a meter on the left hand side where the ‘Angry Juice’ is collected but more about that shortly.

The golden monster is wild and it will replace all standard symbols to help form winning combinations.

If the Bad Bandit symbol lands on the reels it will start to move around, converting a random number of other positions into wilds before the payout is evaluated.

Each win during normal gameplay will add a little ‘Angry Juice’ to the meter on the left hand side and when its full you’ll get to spin the wheel which will determine one of six different free spin modes:

It’s also possible to buy your way straight into the bonus feature for 25x your stake by clicking the button on the right hand side.

Mad Monsters is entertaining stuff and we like the way the little critters become increasingly energised as the Angry Juice meter fills up; wins seem to be a bit hard to come by in the base game but once the feature is triggered there are some big wins waiting.